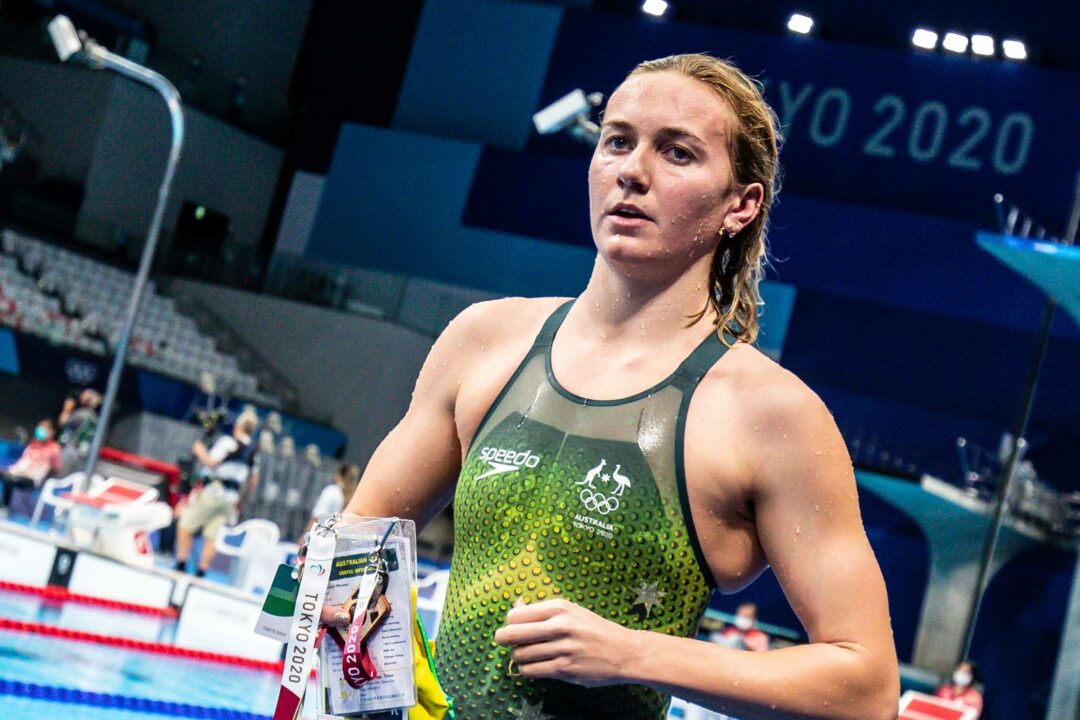 Just over two seconds separates first through eighth seed in the men’s 200 IM, promising a thrilling race where the medals could arguably go anywhere. Qualifying first was Tom Dean in 1:59.37. Dean’s made massive strides this season in this relatively new event for him. Joining Dean under 2:00 this morning was Finlay Knox, clocking 1:59.67 after splitting 28.13 on freestyle.

Commonwealth Record holder Duncan Scott holds the fourth fastest time in the world this year, a 1:56.08 from British Championships. He’s sitting third overall, and as 2018’s silver medalist, will be eager to upgrade to Commonwealth gold. He’s looked strong in his return to competition since dealing with COVID, and has a great chance at his second gold of the meet.

Don’t forget about Lewis Clareburt, the 400 IM and 200 fly champion. Clareburt qualified sixth with 2:01.12 and is having a sensational meet; another medal for him is not out of the question.

Three-time Paralympian and world record holder Bethany Firth comes into the women’s S14 200 free as the clear favorite. She won gold in this event at the Rio Games, followed it up with a silver in Tokyo, and recently reclaimed gold at the World Para Swimming Championships. Earlier in the meet, her teammate Barry McClements won bronze in the men’s S9 100 backstroke, Northern Ireland’s first ever Commonwealth Games medal in the pool. Firth is in prime position to double that total, and earn their first gold medal.

England’s Jessica-Jane Applegate took silver behind Firth at Worlds, at looks set to do the same here. While her seed time of 2:09.53 is almost six seconds behind Firth, it’s about a second and a half ahead of her English compatriot Louise Fiddes. Those three look to be the likely medalists, but Madeleine McTernan or Poppy Maskill could surprise for bronze.

With seven of the ten men from Worlds in this field, including the silver and bronze medalists Nicholas Bennett and Benjamin Hance, we’re set for what should be a really exciting race. The man with the fastest entry time though, is England’s Reece Dunn, who broke the world record at the Tokyo Games.

However, at Worlds in Madeira, Dunn finished out of the medals in sixth–he’ll be eager to get back on the podium here. Thomas Hamer will be in Lane 7. He holds the Games Record at 1:55.88, but with four men seeded ahead of that time, we could see the record go down tonight.

Also back in the field from Worlds is Jack Ireland and Jordan Catchpole, who finished fourth and eighth at Worlds.

Ben Proud looked incredible in the semifinals of the men’s 50 free, crushing the field off the start. He cruised the last few meters, posting a time of 21.63 to advance first overall. It’s clear that he saved something for tonight, as he looks to become the first swimmer to three-peat in this event at the Commonwealth Games.

Just after winning the 100 fly, Josh Liendo posted 21.92, tying with Lewis Burras for the second seed. Given Proud’s momentum, it seems unlikely that Liendo will catch him, but he’s put together a strong meet and is squarely in the medal hunt. Proud, Liendo, and Burras were the only three men under 22 seconds in the semifinal, which positions them as the medal favorites. If swimmers like Tom Nowakowski or Dylan Carter want to unseat them, the standard has been set.

With a Games record in the semifinal, world champion Kylie Masse has declared herself the person to beat in the women’s 50 back final. Masse leads the field in 27.47, and went faster to win at Worlds so she could have something left in the tank for tonight. After silver medals in the 100 and 200 backstroke, Masse will be hungry for her first gold of the meet.

Wales’ Medi Harris sits second with a time of 27.64. Both she and Masse will be pushed by a trio of Australians. In non-para swimming event, Australia has gotten at least one woman onto every podium, and they look set to continue that streak here. Kaylee McKeown, Mollie O’Callaghan, and Bronte Job are separated by .04 seconds, so it’s a coin toss which one (or two) will grab a medal. Notably, O’Callaghan swam her semifinal after winning the 100 free. Without that double, she could have the extra jump.

With top seed Daniel Jervis withdrawing from the meet, this race has been left without it’s clear favorite. After prelims, it’s Sam Short who’s taken over that title, posting 15:02.66 to easily claim the top seed. Both Short and Daniel Wiffen came into the meet with 14:57s and Wiffen put up a relaxed 15:37.53. At Worlds, Wiffen became the first Irish swimmer under 15:00 in the mile, and earlier at this meet lowered his own 400 free record, just missing the podium in fourth. He’s had a great season, so it could be a great race between him and Short. Like Firth, Wiffen has the opportunity to add to Northern Ireland’s historic medal total.

Notably, India’s Advait Page and Kushagra Rawat made it through to the final. This is the first time in Commonwealth Games history that India has had two finalists in the same event. They’ll be in lanes 1 and 8, respectively.

We’ve seen some great races in Birmingham, but this has the potential to be the race of the meet, as Ariarne Titmus and Summer McIntosh go head-to-head. Titmus set the world record in this event at Australian Trials and at Worlds, McIntosh became the fourth woman to break 4:00. Both have been strong throughout the meet, which bodes well for an exciting race. In prelims, both took it relatively easy, with McIntosh clocking 4:07.36 and Titmus 4:08.25.

It’s New Zealand’s Erika Fairweather who’ll be in lane 4, after passing McIntosh on the final 50 and swimming 4:07.27. New Zealand has been having an exceptional meet, and this is a strong swim for Fairweather, who got COVID at Worlds. To add to New Zealand’s medal total, she’ll have to hold off the rest of the 800 free podium, Lani Pallister and Kiah Melverton. Melverton posted a huge personal best in that race to earn silver, gutsily sticking with Titmus for a large part of the race. She dropped a lot of time between prelims and finals too, which makes her a huge threat to jump up from her sixth seed.

Once again, it looks like the race for gold will be between Australia and England. Without Adam Peaty at Worlds, the team of Luke Greenbank, James Wilby, James Guy, and Tom Dean out-touched Australia for the bronze medal. Presumably, they’ll keep Wilby on the relay, but exchange Greenbank for Brodie Williams. Australia will likely carry the same lineup from Budapest too, except with Mitch Larkin on backstroke, replacing Isaac Cooper. As it stands, it looks to be a coin toss between the two, though given Williams’ meet so far, he could be the difference maker for England. Adding up the fastest flat starts from these Games of the projected lineups, England comes out ahead, but only by .15 seconds.

It was chaos in the prelims of the relay, with Canada getting disqualified and South Africa not swimming. That leaves the door wide open for bronze, with Scotland being the ones most likely to take advantage.

Though Canada’s medley relay is more intact than their freestyle relays, it doesn’t project to matter too much as Australia should once again be in control. Canada has world class backstroke and butterfly legs thanks to Masse and Maggie MacNeil, but breaststroke continues to plague the Canadians. Australia has struggled with breaststroke in the past too, but at this meet, Chelsea Hodges or Jenna Strauch will more than get the job done. Teamed with McKeown, O’Callaghan, and Emma McKeon, the Aussies will be the gold medal favorites.

Behind Canada, it projects to be England in third, while South Africa and Scotland will push each other for fourth.

It has not come out but i guess these will be the lineups. Wilby swimmed yesterday the mixed medley but he did not perform well. Moreover Peaty’s 100 breast time 59.02 is faster than any Wilby time. Hoping Adam will swim.