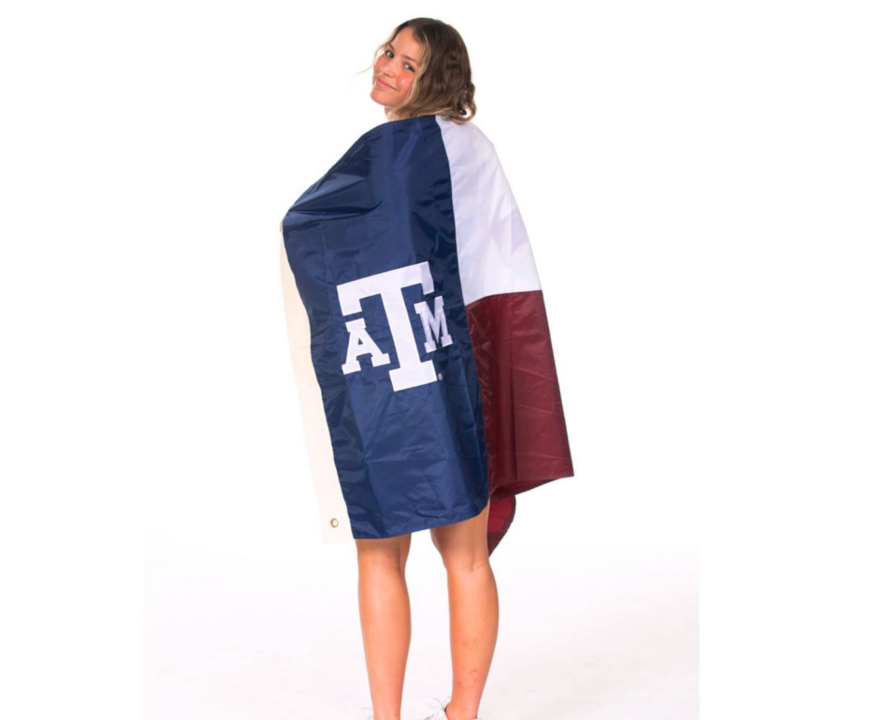 Housey finished 14th in the 200 freestyle at the 2021 NCAA Championships but only competed in 3 meets for Michigan this past season. Current photo via Sophie Housey

After entering the transfer portal at the beginning of April, 2021 NCAA B finalist in the 200 freestyle Sophie Housey has announced she will be transferring to Texas A&M.

Housey spent her first two years at Michigan and has at least two years of eligibility remaining. Housey also has the potential to take a fifth year as her freshman year was during the 2020-2021 season when the NCAA granted all athletes another year of eligibility due to COVID-19.

This past season, Housey competed in a total of three NCAA meets for Michigan. She spent most of the fall dealing with sicknesses and injury. Housey told SwimSwam that at the beginning of the fall she had an “internal health scare.” She then injured her shoulder and had “an unexpected family death happened in the midst of rehabbing my shoulder, which led to a further stretch out of the pool.” In addition to all of that, she then also got the flu which caused her to lose 15 pounds.

Housey is a huge pick-up for the Texas A&M Aggies as the Aggies have gone from 13th to 39th at NCAAs over the past four years.

Housey also has the potential to make a big impact to the Texas A&M relays. The team’s 800 freestyle relay finished sixth at the 2022 SEC Championships and were led by Chloe Stepanek who led off in a 1:42.40. Stepanek swam the only sub-1:46 split of the relay. Housey’s flat start best time of 1:45.45 would have been the second fastest on that relay only behind Stepanek.

Texas A&M went on to swim the 800 freestyle relay at 2022 NCAAs but they were ultimately disqualified. Notably, Stepanek scored the team’s only point at NCAAs as she finished 16th in the 200 freestyle swimming a time of 1:45.44. Like Housey, Stepanek is entering her junior year this fall.

Housey told SwimSwam that Texas A&M stood out to her because of “the school itself and the friendly staff.” She also said that her “credits transferred in well compared to other schools.”

Welcome to Aggieland👍👍. Good luck in the pool & classroom as well!!

Who is she dating?

Julius Marble II, who is transferring from MSU to A&M for basketball.

Welcome to the party life, again!