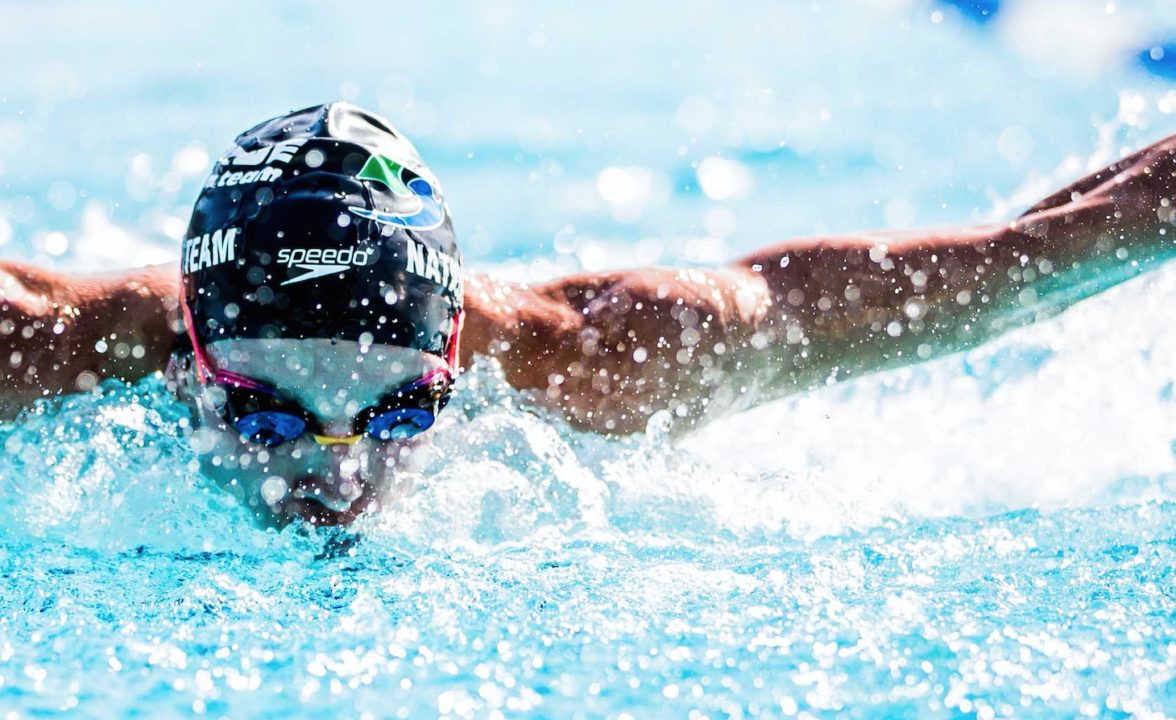 The 18-year-old Smith was 2:15.20 for the win. That’s two seconds off her personal-best, set in March of 2020 just before the coronavirus pandemic. Smith’s March swim actually came in this same pool, at the Des Moines Pro Swim Series. And outside of that 2:13.1, her swim this morning was the best of Smith’s career.

Smith and Bacon are two of the top three NCAA prospects in the nation from the high school graduating class of 2020. Smith, the #1 recruit in the class, deferred her enrollment to Stanford amid the pandemic, taking a gap year to remain in Minnesota and prep for the 2021 Olympics. Bacon, the #3 recruit nationally, is currently a freshman at the University of Wisconsin.

University of Arkansas star Emily Barclay won the 50 free in 25.25. She was just three tenths off a lifetime-best. Barclay is a British national competing in her first season for Arkansas in the NCAA.

Other event winners from Friday morning:

Shout out to my little brother Gregg who dropped a 22.88 qualifying for OT for the first time!!! Almost a sec faster than his lifetime-best!!!

Both the teenage IM’ers got their clock cleaned by Huske in Richmond. 2:11.1