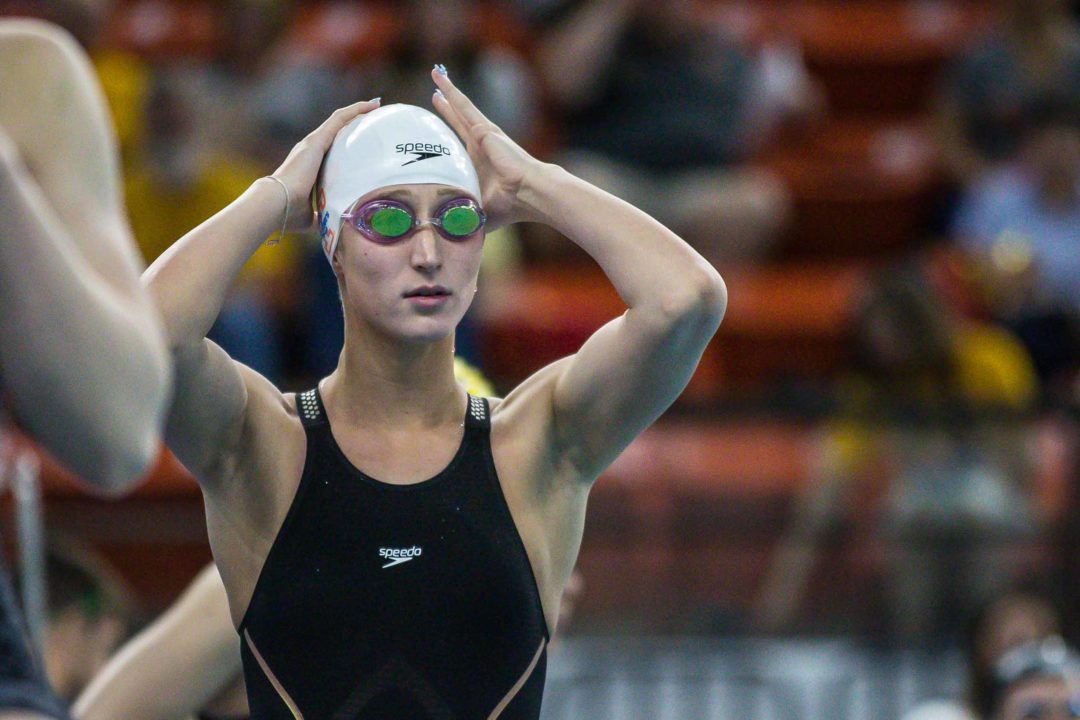 Tennessee's Meghan Small, the #2 seed, has opted out of the 400 IM. Small will instead swim the 200 free, where she's the 8th seed. Archive photo via Jack Spitser/Spitser Photography

Swimmers are set to compete in prelims of the 400 IM, 100 fly, and 200 free on Thursday morning at the 2020 SEC Championships in Auburn. Tennessee’s Meghan Small, the #2 seed, has opted out of the 400 IM. Small will instead swim the 200 free, where she’s the 8th seed. However, she swam a best time in the event on the leadoff of the 800 free relay, and is now the 2nd fastest woman in the SEC this season behind only teammate Erika Brown, who won’t swim the race individually. Also scratching out of the 400 IM was UGA’s Callie Dickinson (#11).

Arkansas’ Anna Hopkin, the #6 seed, has chosen not to swim the 100 fly. Like Small, she’ll be going after the 200 free instead. Georgia’s Courtney Harnish made the same move in favor of the 200 free. She was originally slated to be the 10th seed in the 100 fly.

Also of note, Alabama’s Zane Waddell won’t swim the 100 fly this weekend. Waddell will focus on his remaining individual events: the 100 back and 100 free. The 100 free takes place tomorrow, while the 100 free is on day 5. He’s now the SEC Champion in the 50 free after winning tonight’s final.

Was more curious if Brown would opt for 200 free. I still think she goes 50-100-200 at NCAAs instead of her normal routine. But no one at this meet is touching her in 100 fly. Cieplucha is the favorite in the 400 IM, and Small is a slight favorite for the 200 free. Would be a nice night for Tennessee if they can sweep!! I think Small has the toughest battle.

Kieran in 4IM, no free

I was talking about her. As in the title.