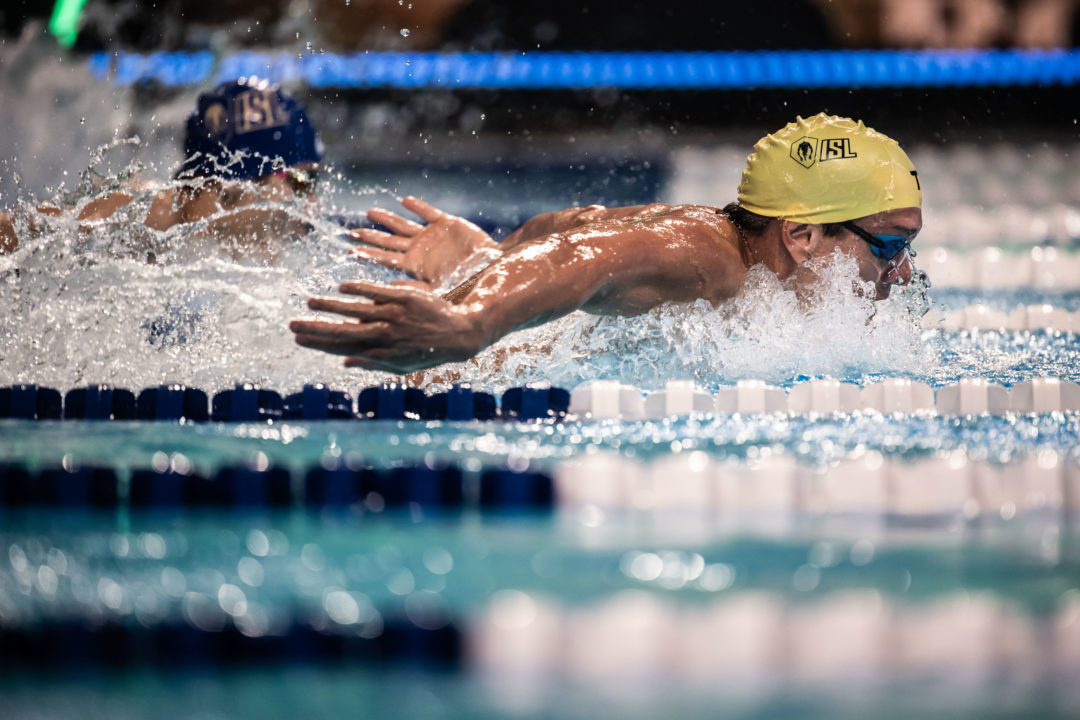 Cali Condors won the second semifinal match of the 2020 International Swimming League season, with 605.5 points in a dominant performance on Sunday and Monday. LA Current secured the second-place spot with 462 points. They will join the Condors in next weekend’s final against Energy Standard and London Roar.

The match was marked by, among other things, three American records for Cali Condors sensation Caeleb Dressel. Dressel and five of his teammates (Lilly King, Olivia Smoliga, Molly Hannis, Hali Flickinger, and Coleman Stewart) were among the top-10 performers of the match. King, Hannis and Stewart were all competitors in the skins races.

LA Condors’ Ryan Murphy, Beryl Gastaldello, Tom Shields, and Anastasia Gorbenko made up the rest of the top-10. It wasn’t until the 13th performance of the meet that we saw a swimmer from another team, Emre Sakci of Iron.

With the two semifinals all wrapped up, we now know the four teams that will contest the International Swimming League final. Cali Condors and LA Current will join semifinal 1’s first- and second-place teams, Energy Standard and London Roar, next weekend in Budapest to determine the league winner for the 2020 season.

Season Earnings, by Team (in USD)

Below are the 2020 season payouts to each team. Interestingly, Tokyo Frog Kings is the highest-ranked team with no MVP bonuses; they still earned $700 more than Iron who benefited from $34k in MVP money.

Was Murphy mad that Coleman seemed to give up before the race even started? His body language before looked like he totally took himself out of it, and he went so much slower

I have no clue. I thought the exact opposite actually… Coleman seemed to have been taking the race much more seriously (as he should) and his performance may have been what triggered the response. Still, Murphy shouldn’t have done that

It shouldn’t matter what the other swimmer does. Murphy should stay in his own lane and man up.

Not everyone has instagram, so don’t leave us hanging…

@Roch… on Instagram, Stewart posted a story about how Murphy called him a B*tch after saying nice job at the end of skins

Thank you! That’s pretty atrocious behavior. So much for sportsmanship.

I would have never expected this!!