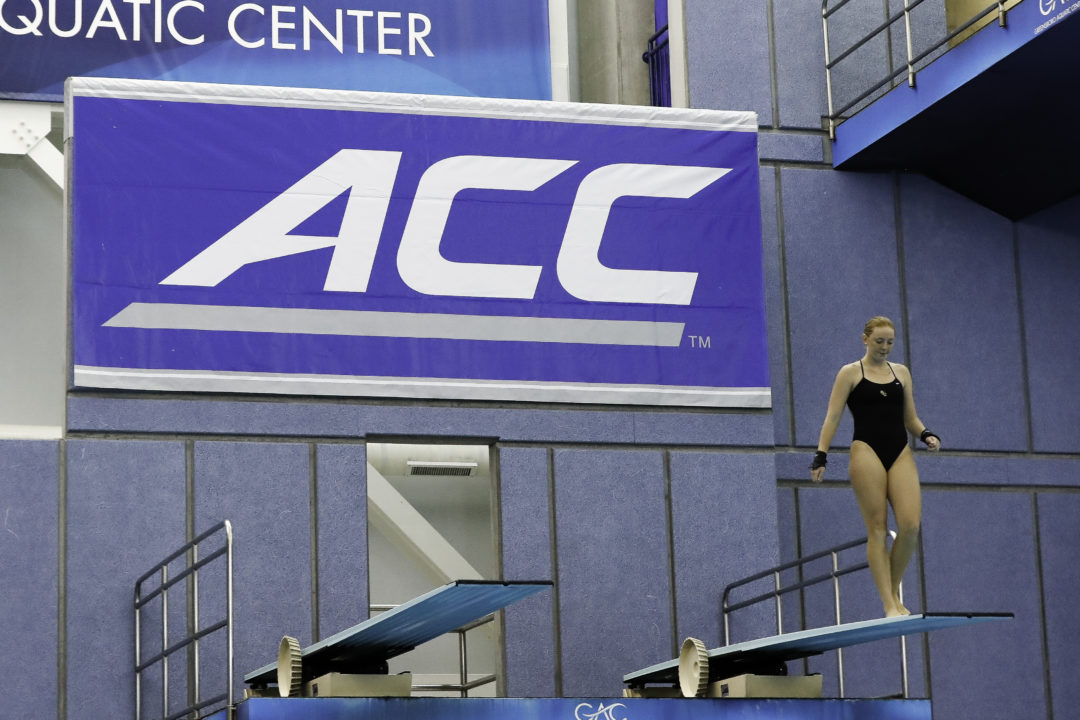 The 2020 ACC Women’s Swimming and Diving Championships wrapped up Saturday, with the University of Virginia winning the team title for the 16th time, and the second time in the past three years.

While there were many impressive individual performances Virginia junior Paige Madden was the only swimmer to win three individual events, and ACC coaches recognized the feat by voting her as the meet’s Most Valuable Swimmer. The Cavalier won three individual events — the 500 free (4:36.19), the 200 free (1:43.18), and the 1650 free (15:50.38). The 1650 might have been her most impressive victory, as it was only the second time she’s swum it in her college career, and she was under the NCAA ‘A’ standard. You watch Madden share her thoughts on that victory here.

Florida State senior Molly Carlson was named the Most Valuable Diver for the third year in a row. After placing 2nd in the 1m the first day with a score of 300.85, she won the 3m (340.00) and the platform (297.25) to earn 92 for the Seminoles. Carlson’s collegiate career is just about done, but she told us she plans to take up professional cliff diving in the near future.

The ACC men’s swim teams will compete next week, but their divers competed this week during the women’s meet, and NC State senior James Brady was voted the Most Valuable Dive after making the top eight in all three events, including a victory in the 3m the very first night of competition.