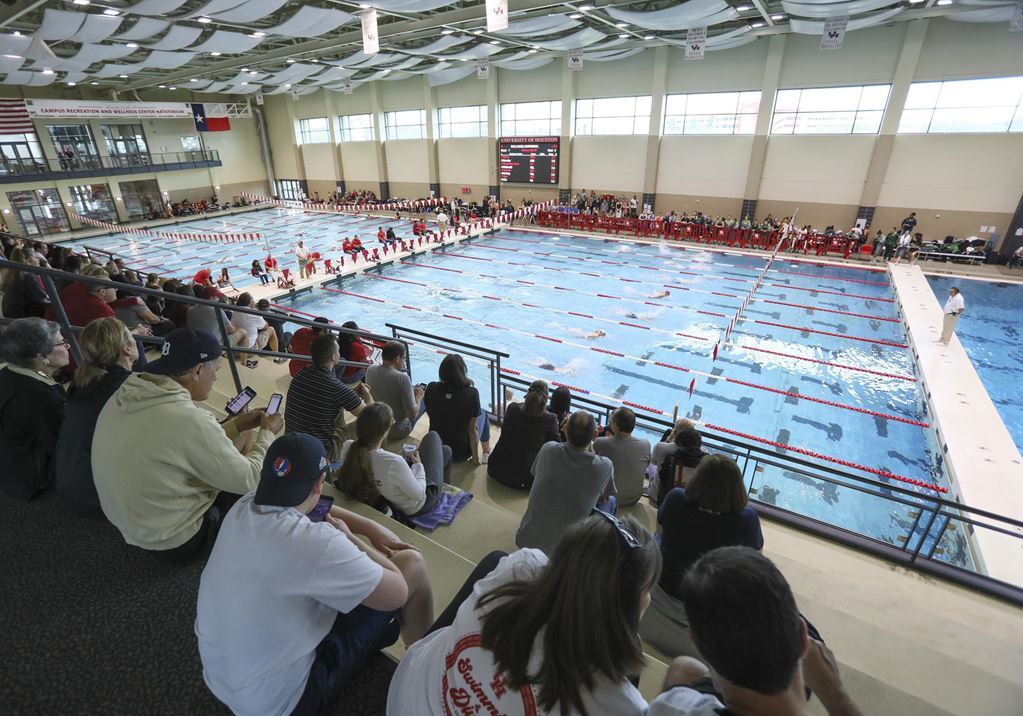 Houston's Peyton Kondis, the 2019 runner-up in both breaststrokes, has already been way under what it took to win the 100 breast and 200 IM last season. Archive photo via Houston Athletics

200 IM: Houston’s reigning champion Laura Laderoute won the title last season, but teammate and returning bronze medalist Peyton Kondis was just 3 tenths behind. Tulane’s Katherine McDonald was also within tenths as they earned top 5 finishes. All 3 women will return to battle for the title this year. Houston’s Kondis has already been a second faster than last season’s winning time, while teammate Ionna Sacha has also been under that mark.

50 FREE: There are several women in the title conversation here, including reigning champ Erin Trahan of SMU. Houston’s Mykenzie Leehy, the 2019 runner-up, has been within hundredths of last season’s winning time and currently leads the AAC. East Carolina’s CJ Johnson is the only other woman to have broken 23 this season. Cincinnati’s returning finalists Lina Kutsko and Maddie Exton are within striking range, as well as Houston’s Katie Power.

100/200 BREAST: Houston’s Peyton Kondis, the 2019 runner-up in both breaststrokes, has already been way under what it took to win the 100 breast last season. She’s within 3 hundredths of the AAC Meet Record. Now that 2019 champion Andrea Podmanikova has transferred out of the AAC to NC State, Kondis should be way ahead of the field. Kondis will also be chasing Podmanikova’s AAC Meet Record in the 200 breast.

500 FREE: Houston’s Zarena Brown is the reigning champion and has already dropped nearly a second this season. ECU freshman Kristen Stege is within half a second of Brown this season and is already faster than the 2019 winning time.

Even considering the returning diving points, Houston looks like they’ll run away with their 4th-straight title. SMU brings back more diving points  than Cincinnati, but it’s not enough to close the gap in the Swimulator projections. The battle between Tulane and East Carolina could go either way, with Tulane only returning slightly more points in diving. East Carolina could move up to 4th after finishing 6th last season. UConn has more points returning in the diving events than either Tulane or ECU, and have an outside chance to move ahead.