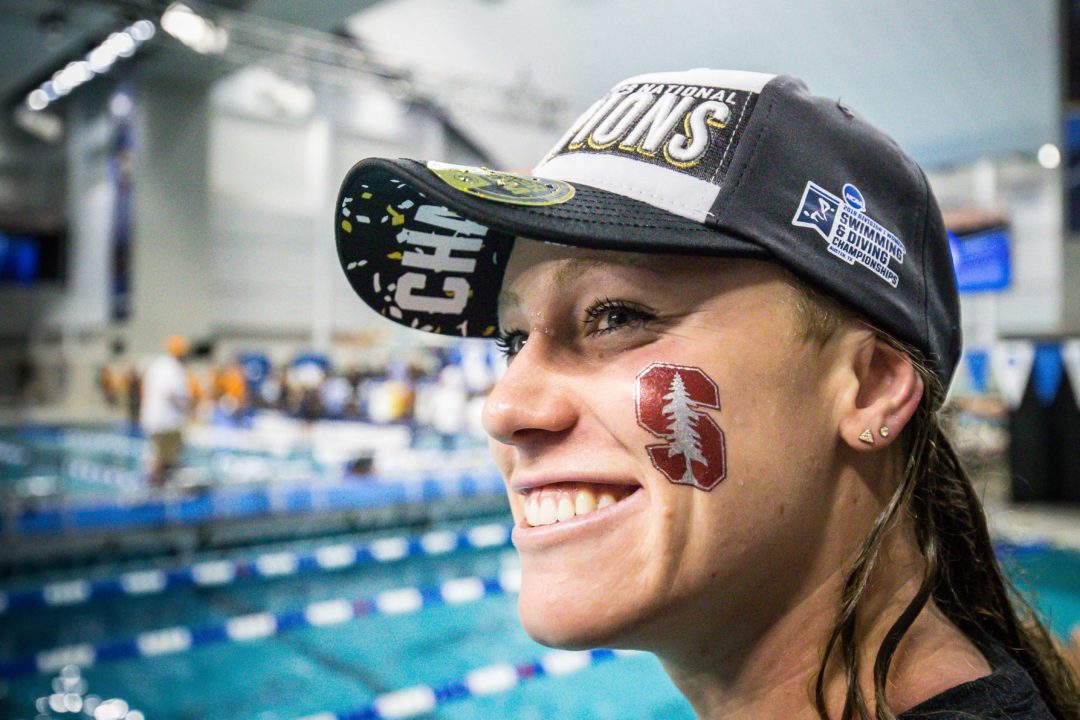 SwimSwam's Jack Spitser was on deck to capture all of the fun team celebrations following the conclusion of the meet. Current photo via Jack Spitser/Spitser Photography

The 2019 Women’s Division I NCAA Championships saw a thrilling battle to the end between many teams in the hunt for a fourth place finish or higher, and SwimSwam photographer Jack Spitser (spitserphotography.com) was all around the deck to catch the trophy presentation and celebrations as Stanford, California, Michigan and Louisville picked up their team trophies.

Stanford plunges in the pool after their award celebration (photo: Jack Spitser)

Cal Swimmer walks through the “Championship Tunnel” made with the other top 4 teams (photo: Jack Spitser)

Jack Spitser is a San Diego based photographer and entrepreneur who swam for UC San Diego under Olympic coach David Marsh and current coach Marko Djordjevic. He graduated in 2020, and ended his collegiate swimming career at the NCAA D2 Championships in March. Working for years as both a businessman …