2019 Swammy Awards: US Female Swimmer of the Year Simone Manuel 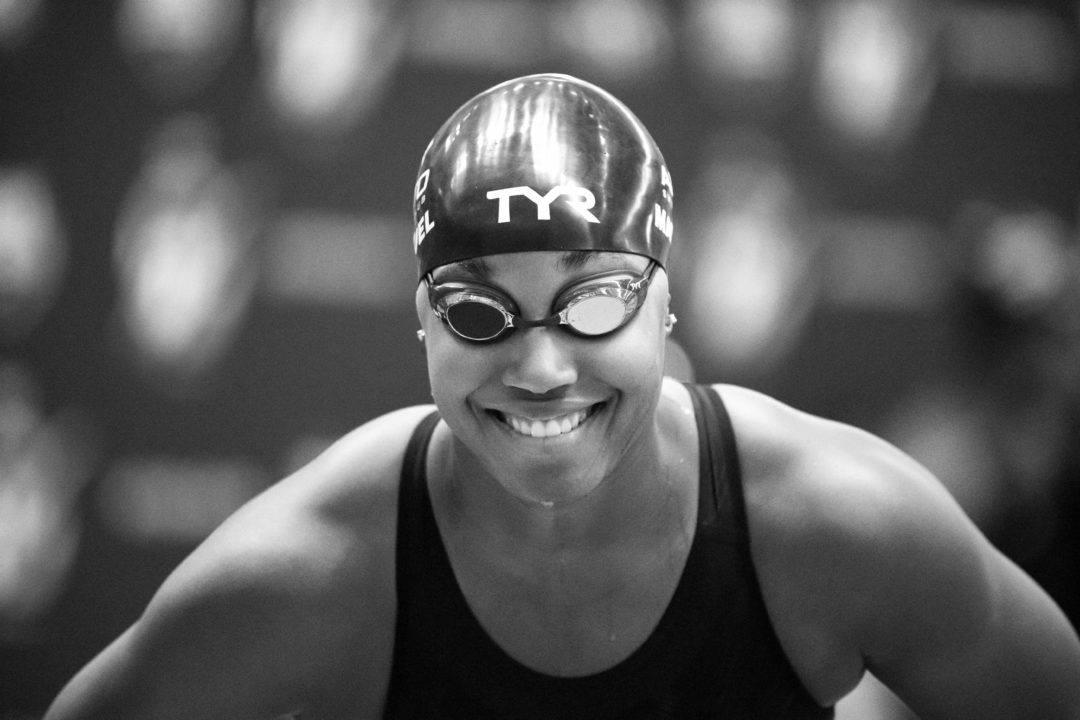 Manuel won the 100 free to earn back-to-back Worlds titles in the event with a new American Record. She also won her first Worlds title in the 50 free. Archive photo via Mike Lewis/Ola Vista Photography

2019 US FEMALE SWIMMER OF THE YEAR: SIMONE MANUEL

Simone Manuel is known for coming through when it counts. Manuel, the reigning Olympic Champion in the 100 free, earned 7 medals at the 2019 FINA World Championships. That made her the first woman to win 7 medals in a single World Championships. She’s now tied as the 2nd most decorated female Worlds medalist, behind only Katie Ledecky.

Manuel pulled off a freestyle sprint sweep in Gwangju. Competing against the likes of World Record holder Sarah Sjostrom and former World Record holder Cate Campbell, she won her signature 100 free to earn back-to-back titles in the event with a new American Record. She also won her first Worlds title in the 50 free this year. She now has 4 career Worlds medals.

Yeah, I got a bit confused there too…
But Simone is a pure racer, not much about times, just straight up racing and touching the wall 1st

Just recently you said something different, that swimming competition will be always about time. With that said I consider 52.04 the result that deserves award. The third performance in the history and who knows who and when will swim faster.

Yes but Smith put up three times that are body lengths ahead of the next closest finisher, (200 SF,F. 100 lead off). This isn’t even counting how historical the relay was. Simone is awesome, but with a greater historical perspective, her times aren’t as impressive, despite the impressive wins she had.

you´re right but if you don´t wanna make i about times but rather about being 1st then it should be King winning. Back-to-Back Breastroke double at Worlds + 4 for 4 at NCAAs + only unbeaten athlete in the ISL. I respect Simone but whatever way you put it…it should be Smith or King.

Exactly. Simone had a good 100, a decent 50, and some relay splits that were right at or over what she swam individually which isn’t as impressive as what Regan did imo.

Fastest women swimmer in the world, wins the 2 most hotly contested races, hard to disagree with Simone.

Honestly it was such a tossup to us. Yes, Regan had a great meet, but she had a much more limited schedule. Simone had to carry a struggling Team USA on her back for most of the meet.

We’re philisophically opposed to ties in these awards, but if we were ever going to give one, this one would be year.

On her BACK! and props to Regan Smith too.

Simone is the definition of clutch.

How do you explain 53.3 (first leg 4x100fr relay) at first day of competition in Rio and then 52.7 in individual race a few days later?

Preferences?
I will never forgive Manuel this 0.6 sec. That would put Ledecky ahead of Cate Campbell giving her clear water. And Campbell would be in chasing position forcing her fast start (we know what could happen with the second half after that).

who are u to forgive their ways of racing ? the past is over …focus on the OT

She almost didn’t qualify for the final at Gwangju and I doubt qualifying equal last with 53.31 was the plan but might have been the scare she needed for the amazing final swim.