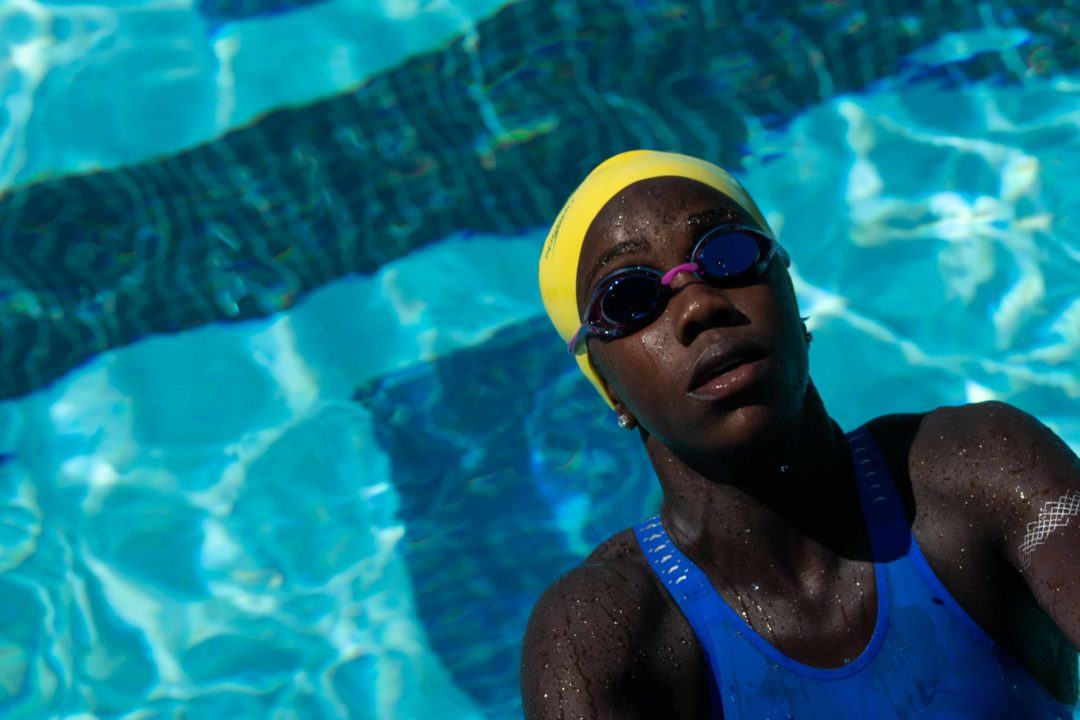 Rye Ulett is the top seed tonight in a crowded 100 back final at Junior Nationals. The third seed is older sister Tristen Ulett. Archive photo via Mike Lewis/Ola Vista Photography