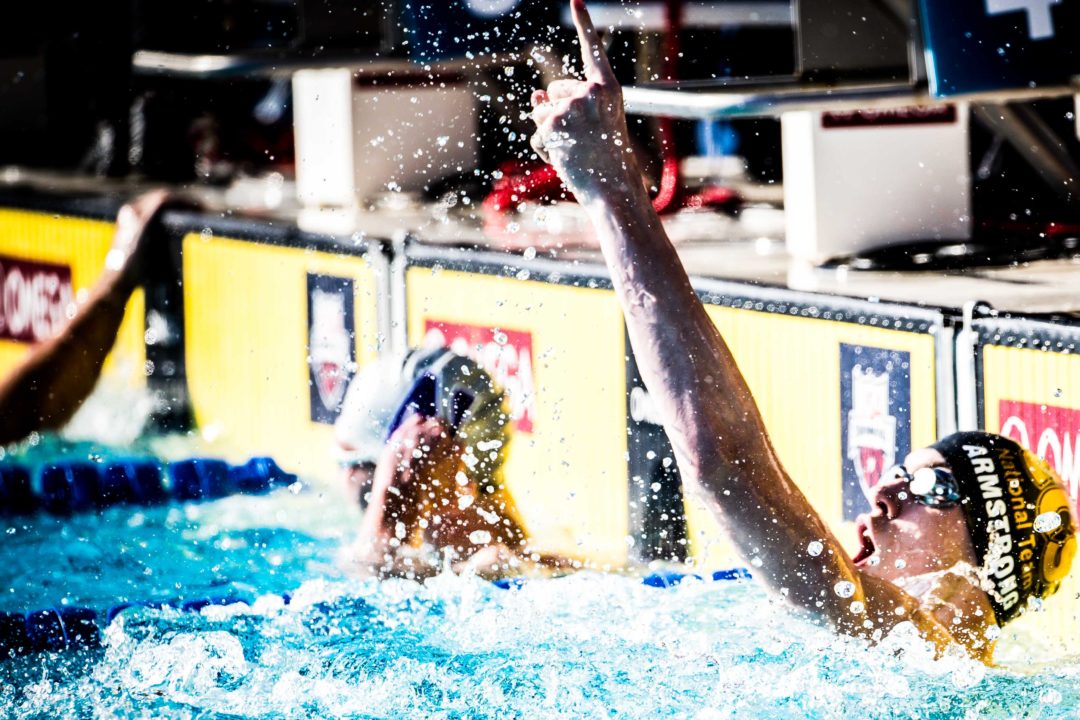 Hunter Armstrong, a West Virginia University commit, has scratched out of the 200 free final on Friday night to concentrate on the 100 back. Current photo via Jack Spitser/Spitser Photography

After a huge prelims swim in the 100 backstroke that left him seeded first headed into finals, Hunter Armstrong of Canton City Schools has opted out of the C final of the men’s 200 free on Friday evening. Armstrong swam both events in prelims, finishing 18th in the 200 free and first in the 100 back. Both swims resulted in lifetime bests for the 18-year-old. In the 200 free, he was seeded 82nd with 1:55.62 and dropped 2.36 seconds in heats to place 18th. Two events later, he posted the top 100 back time in the field with 55.14. While he was seeded with 56.40, Armstrong in fact went 55.33 at U.S. Nationals last week so his PB was by .19. Armstrong’s CCS teammate Christopher O’Connor was the only other sub-56 in backstroke heats this morning.

Armstrong’s absence in the C final of the 200 free meant that YMCA Westside Silver Fins’ Jadan Nabor and Beach Cities’ Kai Bathurst, tied for 24th place with 1:53.97, did not have to swim off for lane 8.