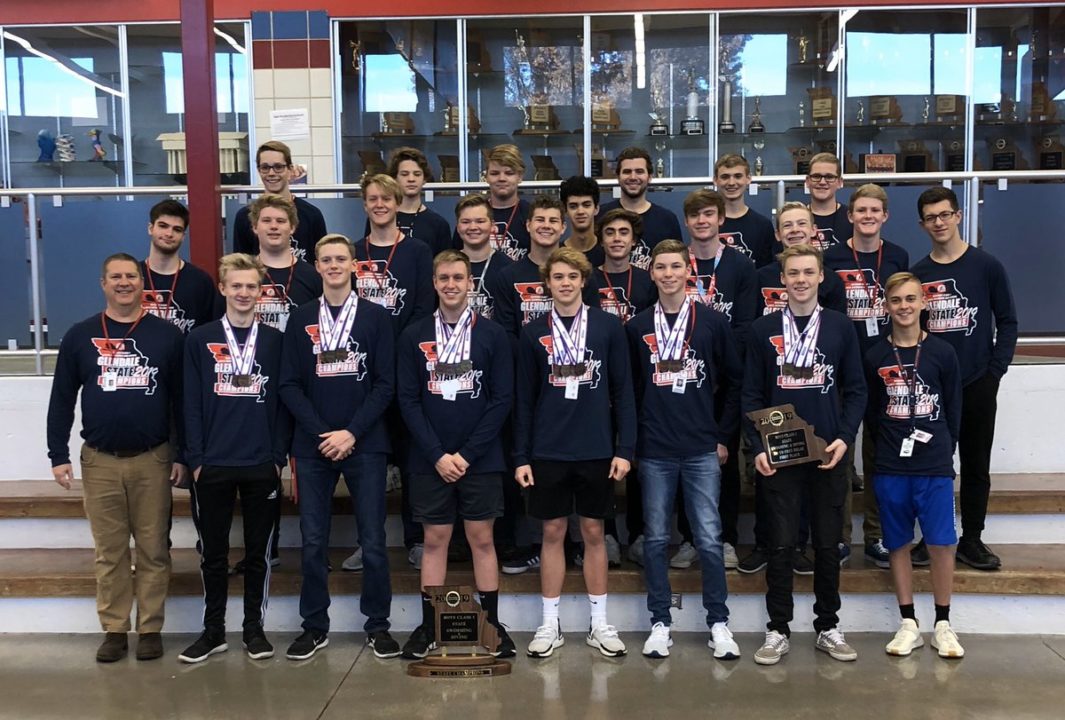 This is the third season where the state meet was broken up into two classes based on school size.

Individually, Central saw senior Daniel Seabaugh win two events for the program. After swimming the breaststroke leg in the medley relay, Seabaugh controlled the mid-distance free events with his top times in the 200 free (1:40.51) and 500 free (4:28.94). In the 500 free, Seabaugh’s time was good enough to break the class 1 record.

While Glendale’s lone victory of the meet was in the 200 free relay, they had a deeper roster than Central that powered their team title. Looking at individual scoring swims, including diving finalists, Glendale (13) had 3 more scoring swims than Central (10).

Missouri always seems like an odd swimming state – lots of participation, and their winning times seem pretty legit, but their depth is pretty weak.

It’s kind of like Oklahoma in the sense that there are two decent sized metro areas with good swimming tradition for Midwestern states, but most of the rest of the state is very rural and doesn’t really have the infrastructure (read: acceptable pools) to support high-quality swimming.

Also, the way the club/high school rules work mean that most kids have to choose between either club or high school – and most of the venerable clubs (Rockwood, Clayton-Shaw Park, Parkway, etc) push their kids to do club.

It worked so much better as one large meet. Then event winners were really the State Champion. Top times are great but I agree that depth is really lacking. Adding consideration times simply because not enough meet the state qualifying times is like adding a participation medal so everyone feels included.