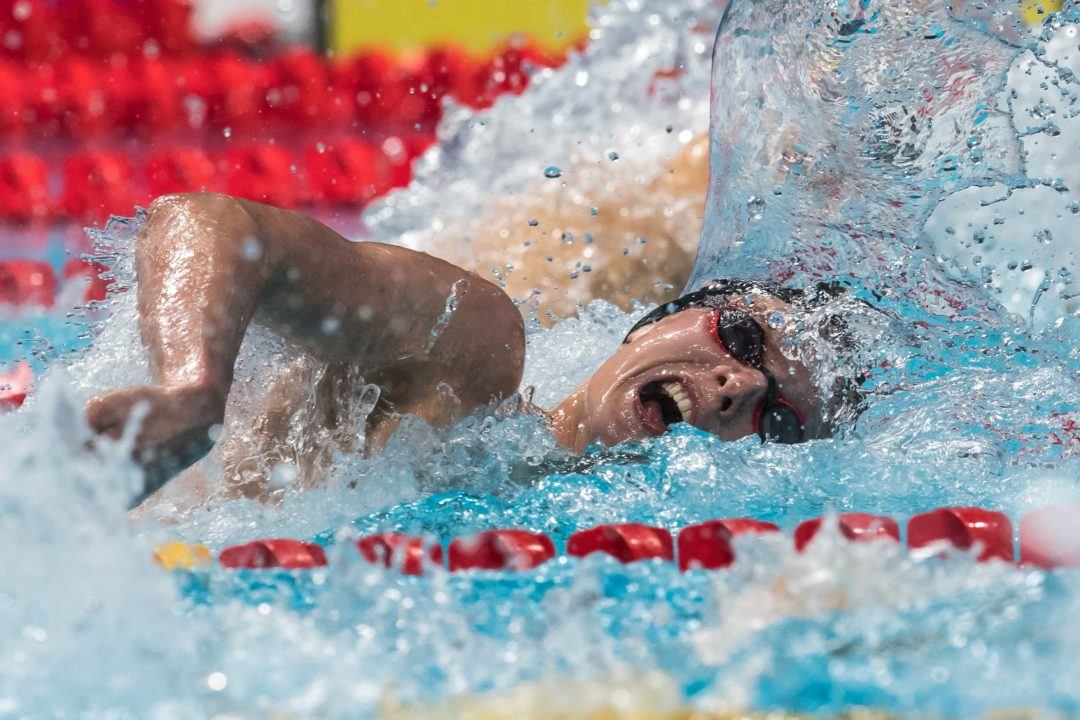 Now that the 2019 British Swimming Championships have come to a close, we are taking a look at some of the data coming out of the 6-day meet. Archive photo via Mike Lewis/Ola Vista Photography

Now that the 2019 British Swimming Championships have come to a close, we are taking a look at some of the data coming out of the 6-day meet. We published a post earlier that detailed the medal standings breakdown by club, which gave us some insight into the concentrations of podium athletes across the various sizes and locations of swimming hubs.

Perhaps not so outright enlightening, but still valuable, is the nation-by-nation medal breakdown among the medal winners. Sorting by number of gold medals, then by number of medals in total, England overwhelming led the charge with the most in each category.

Wales was next in line, with 6 gold medals coming from just 3 athletes, each of whom pulled doubles. Georgia Davies took the women’s 50m and 100 backstroke, Alys Thomas won the women’s 100m and 200m fly, while Daniel Jervis topped the podium in the men’s 400m free and 1500m free.

Duncan Scott was a one-man show for Scotland, taking all 3 of the nation’s gold medals across his 100m free, 200m free and 200m IM victories. Ross Murdoch, Craig Benson, Kathleen Dawson and others helped add some hardware to the overall tally.

For Isle of man, it was all Charlotte Atkinson, who collected gold in the 50m fly and silver in the 100m fly.

interesting breakdown. Scotland was/is for many years the second “nation” to England, but perhaps now Wales will surpass them come the next CWG?

Swim Wales have also been upbeat re their swimming success at GB nationals. Scottish swimming seem to defer to British swimming and promote their press releases. Promoting and proudly telling of your federations swims is the way to go

Not much coming through Wales at the bottom… Outside Alys T + Dan J they are very, very thin!

Thanks. Can someone please do a similar analysis on the youth swimmers – both for clubs and countries?

The population of the U.K. is 65 million. England 55 million, Scotland 5 million. Wales 3 million and NI 2.5 ( most from NI prefer to be selected for Ireland) as percentages of population the standout country is Wales.

Or the Isle of Man…

The Isle of Man is not part of the U.K. it is a crown dependency

The Isle of Man is an automous, self-governing Crown Dependency. For most purposes it is independent, but the British government handles external affairs (foreign relations) and defence matters. It’s certainly not part of “GB” though – Great Britain is merely a geographical place (i.e. the big island east of Ireland which consists of England, Scotland and Wales). It has its own legal, medical, education, police, local and national government systems. Manx people (people from the Isle of Man) are British citizens but can’t vote in UK or EU elections unless they’re living in the UK. Unless Manx people have a family connection to the UK then they aren’t entitled to live or work elsewhere in the European Union. Manx people… Read more »