2018 Women’s NCAA Championships: How Did Our Power Rankings Hold Up? 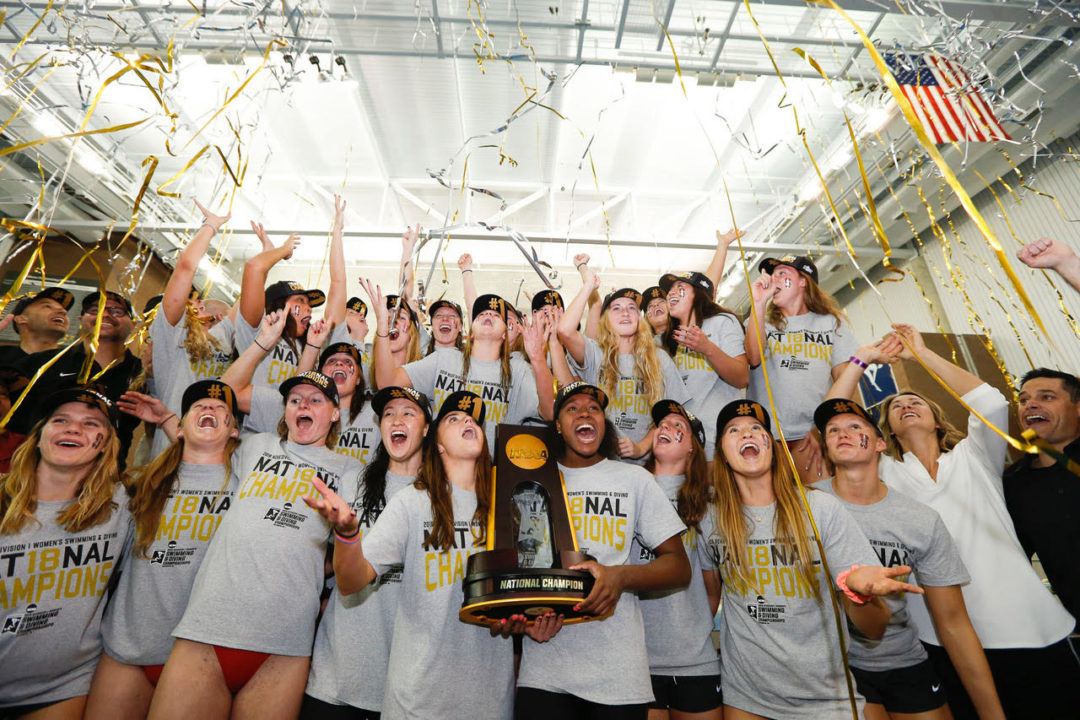 With the 2018 NCAA D1 Women's Championships over and done with, let's compare our final Power Rankings to the actual finish. Current photo via Tim Binning/TheSwimPictures.com

With the 2018 NCAA D1 Women’s Championships wrapping up Saturday night, let’s take a look at how SwimSwam’s power rankings compare to the actual finish.

Overall, we fared pretty well. Only a few differences stand out:

Points generally lined out differently from last year. Because Stanford scored so high, as did the rest of the top 4, a lot of mid-range scores got a higher placement than they would have with same points last year. For reference, the top 4 teams last year scored 1437.5, while this year they scored 1532.

NC STATE would have been 15th without the relay DQ.

Where would Tennessee have ended up?!?

Wuffie tradition to false-start a relay at NCAAs

UVa over performs again! Know time to look back when you are moving forward!Congrats to all the great swims this weekend

Preseason UVA ranked 17th by SS moved to 9th by end of NCAA’s would be considered moving forward I think.