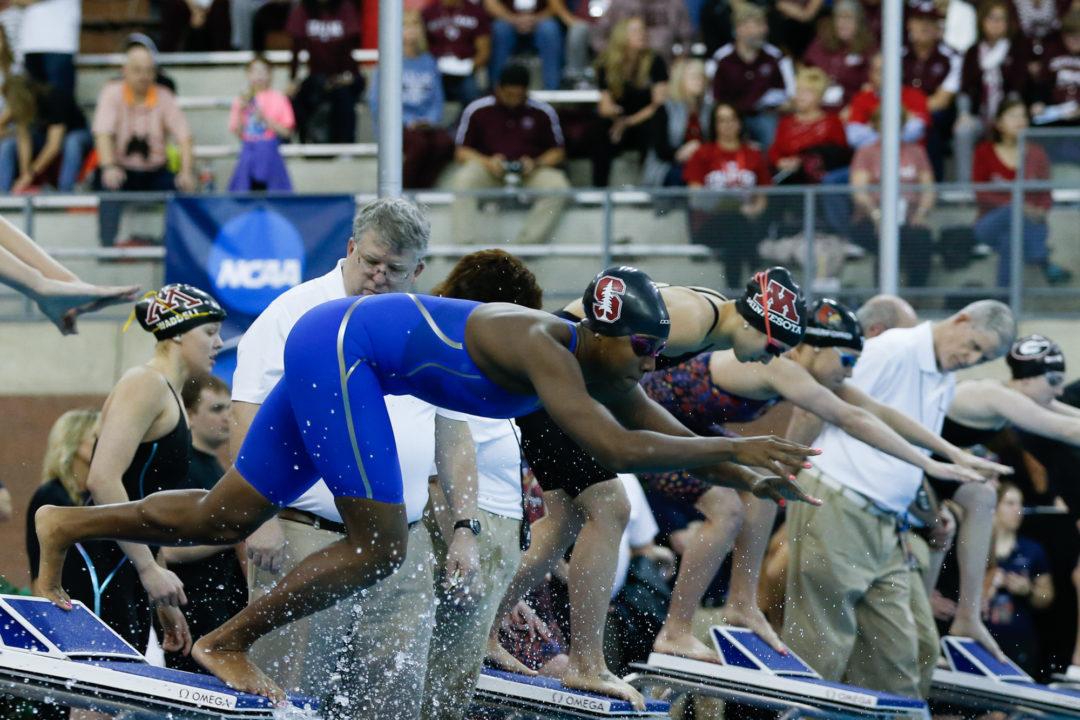 The team will have a chance to break the NCAA record in finals tonight.

I didn’t know Hu would go faster or Howe they would drop a second from Pac-12s, but Manuel the Stanford women find a way to go fast when it counts.

Will be a great race tonight. Cal picks up .7-.8 just from swapping out Hull for Bilquist, and I would bet we see some fireworks from Weitzel as well. Tennesee will be in the mix too if Erika Brown can replicate her splits from SECs.