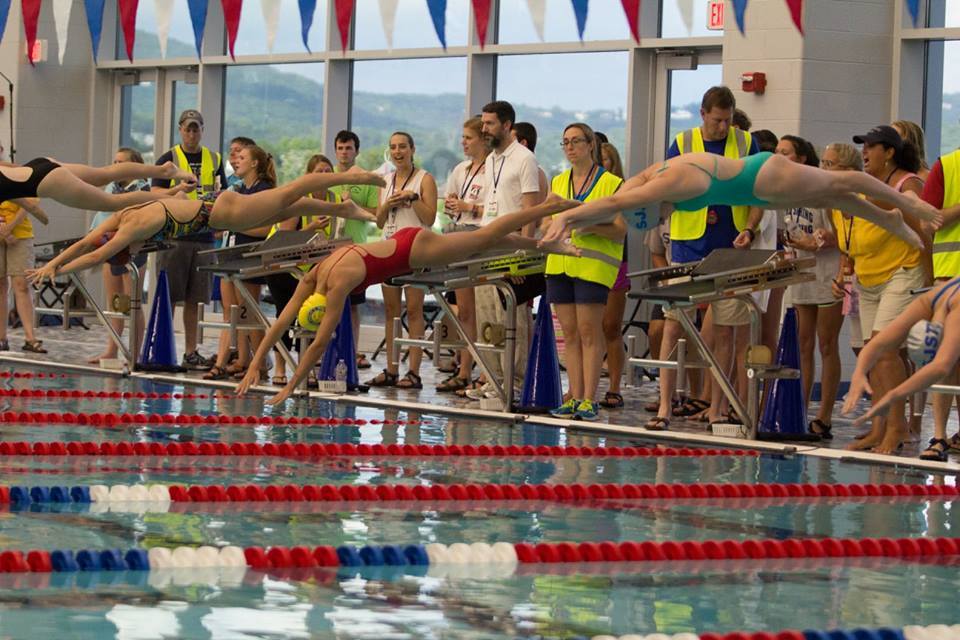 Several changes are planned for the swim portion of the 53rd Rocket City Swim League City Meet at the Huntsville Aquatics Center, July 14-15.

HUNTSVILLE, Ala. – Several changes are planned for the swim portion of the 53rd Rocket City Swim League City Meet at the Huntsville Aquatics Center, July 14-15.

For the second consecutive season, though, the RCSL City Diving Championships remain basically the same. The dive venue is again slated for the Dr. Richard Showers Recreation Center at 4600 Blue Spring Road. The dive meet is Friday, July 13, followed by the weekend swim meet featuring more than 1,500 athletes at the HAC.

Located at 2310 Drake Ave., the HAC consists of the recently renovated Legacy Pool, originally built in 1974, linked to the Competition Pool completed one year ago. Both indoor pools are Olympic size.

Previously known as the Natatorium, the HAC also contains a smaller Instructional Pool inside the complex. The Instructional Pool will not be utilized this year. The Legacy Pool, closed last year during city meet, now serves as an additional warm-up, cool-down area and entry point to the Competition Pool for swimmer events and relays.

With the number of athletes, in addition to coaches and spectators, the RCSL plans to set up team tents along the back sides of the Legacy Pool and not use the Huntsville Police Department’s K-9 range adjacent to the HAC.

“Everything is going to be a little bit closer and tighter,” said RCSL 1st Vice President and City Meet Director Chris Chance. “We’re still going to have food vendors and all that, but tent city on the K-9 range didn’t get utilized as much last year, so we’re moving it closer and chopping about 20 percent of it out. There will be a 20 percent in savings, but this year the city is actually charging us for every piece of water we use. This move helps balance our budget, too.”

Athletes and spectators can also park right at the HAC this year with shuttle service no longer needed. Another change is the finals for the older swimmers during afternoon sessions. They start from the North side of the Competition Pool.

Block practices are July 12-13, a one-hour workout for each participating team, since this is the first time some of the swimmers have ever used the facility’s professional elevated starting blocks.

The Competition Pool has stadium seating for 1,403 spectators. Including the pool deck, the Competition Pool complex alone has a life safety capacity of 3,970. City Meet was the facility’s initial swim meet after officially opening last year.

“We’ve heard a lot of stories about grandparents, who were able to see their grandkids swim for the first time because of the air conditioning,” said Assistant City Meet Director Scott Thomas, who is also a 1st VP. “That is a great thing. A lot of our success is due to the hard work of the volunteers. Swimming is probably the most volunteer intensive sport in the world.”

City swim meet features 18 teams from area pools all around Madison County. Athletes compete at a neutral site in individual events and team relays for overall league individual and team titles as well as league standings. Each team recently completed five dual meets on a home and away basis during the regular season.

City meet swimming begins on at 8:45 a.m. each day, with 10-and-unders competing in the morning sessions and the older athletes in the afternoon. Programs will be on sale, as well as other memorabilia with refreshments also available.

According to City Of Huntsville representatives, the Competition and Legacy Pools are both electrically grounded. City management has a weather plan of continuing operation during storms with lightning and only suspending swimming during actual National Weather Service warnings.

Over at the Showers Center, the City Diving Championships start at 9 a.m. on Friday. The younger divers spring into action first. The meet breaks for an hour at noon, before the older divers compete in the afternoon. The popular dive meet culminates with the open division. All of the events at both venues are free to view.

Some of the dual meet records set this season include Bradford Johnson of Greenwyche in the age 11-12 boys 50-yard butterfly. Johnson lowered his previous record time of 27.89 to 27.85 in the final dual meet of the regular season.

Tyler Quadrini of Monte Sano kicked like he had a bug on his toe and set a new 25-meter butterfly time of 17.73 in the 8-and-under boys division. Chris Bedsole of Jones Valley timed 26.00 in the 50-meter freestyle to set a new boys age 11-12 standard.