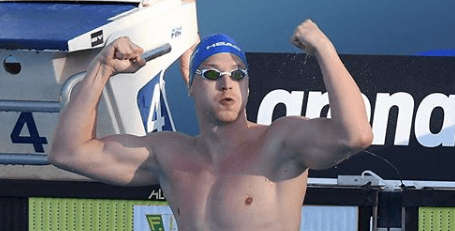 Andrii Govorov got his hands on the wall first in the men's 50 fly tonight in Kazan, notching a new World Cup Record in the process. Archive photo via abio Cetti - kcs Media s.r.l. www.facebook.com/kcsmediasrl

Setting himself up nicely with the top seed in a morning effort of 23.28, just .05 off of South African Chad Le Clos’ World Cup Record of 23.23, 26-year-old Govorov threw the hammer down in finals to take gold in a mighty 22.87. He represented the only sub-23 second stud of the field and came within .31 of the 22.48 he registered in Glasgow last month for the 2018 European Championships title.

Govorov’s performance this evening checks-in as the 25th fastest outing ever in the event. The Ukrainian now holds 10 of the fastest performances ever, including the World Record of 22.27 he set in June of this year.