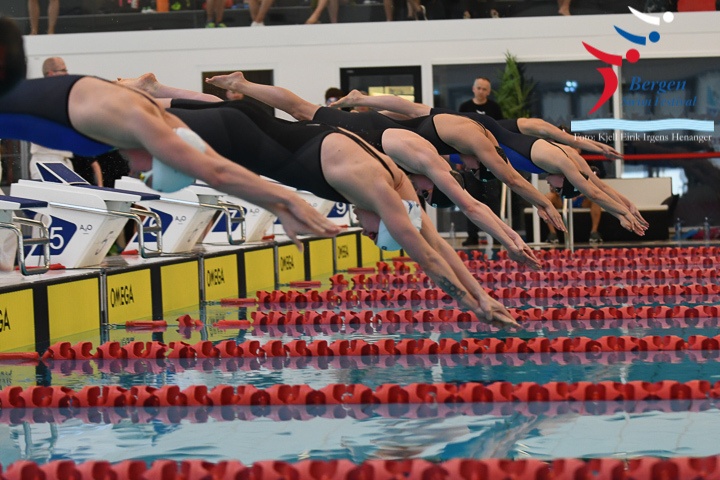 Hungary is chasing more hardware to maintain its medal table lead into day 2 of the 2017 European Junior Championships. Stock photo via Kjell Eirik

Hungary leads the medal table after just day one of the 2017 European Junior Championships and the nation appears poised to add to the haul based on their morning swims. Claiming 2 top seeds out of prelims, Anja Kesely and Kristof Milak hold the pole positions in their respective women’s 400m freestyle and 200m butterfly events in Netanya to give Hungary a head start on hardware.

Kesely already won the 800m freestyle last night in a new meet record time and clocked a morning 400m of 4:12.02 to set herself up for a possible 2nd victory. Kesely was the European Junior champion in this event last year, setting the meet record in a winning time of 4:08.10. This year however, Katja Fain of Slovenia and Anastasia Kirpichnikova are right on pace placing 2nd and 3rd out of prelims with times of 4:12.31 and 4:12.35. Kirpichnikova won bronze in this event last year in a time of 4:11.61.

For Milak, the Hungarian topped this morning’s field of 200m butterfliers with his time of 1:58.69. In his pursuit to defend his title, he’ll need to hold off 4 other swimmers who also notched times under the 2:00 threshold already this morning.

GBR is making its move in the form of the women’s 200m breaststroke, as Layla Black earned the top seeded time, touching in 2:28.40 to hold about a second lead over her competitors headed into tonight’s semi-finals. Ireland’s Mona McSharry is red-hot, however, having nabbed a new Senior National Record in the 50m breast last night, so look for her to try to continue that momentum from her 3rd seeded position.

Brit teammate James McFadzen is the top men’s 200m IMer out of prelims, holding lane 4 in 2:02.67. His time, however, is merely a hair ahead of two ferocious competitors in Russia’s Kliment Kolesnikov and Hungary’s Marton Barta who nabbed AM outings of 2:02.72 and 2:02.83.