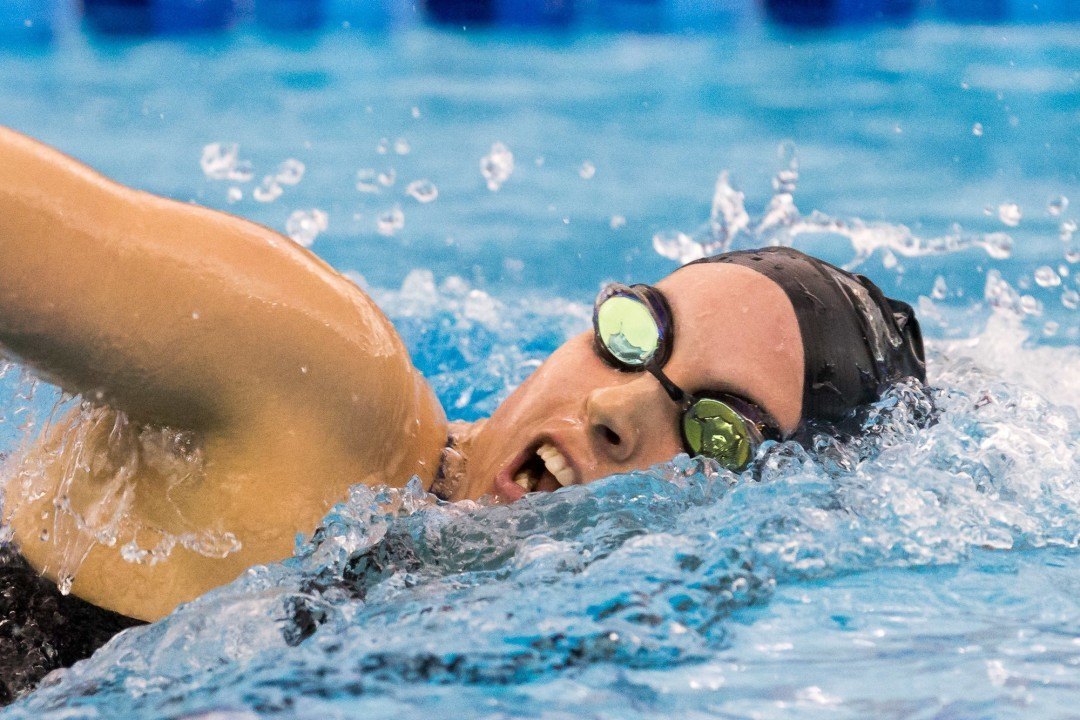 The first 5 heats of the 1650 free ath the 2017 Women’s NCAA Championships are now complete, with the 6th and final heat to swim at the beginning of day 4 finals. Because this is a timed final event, swimmers don’t have to be swimming with finals in order to earn a top 8 finish. That means we may see some of our swimmers from this afternoon’s heats earn a spot on the podium tonight.

Still to swim with the championship final heat: