2017 U.S. Worlds Trials Preview: Meili with the Momentum in 100 Breast 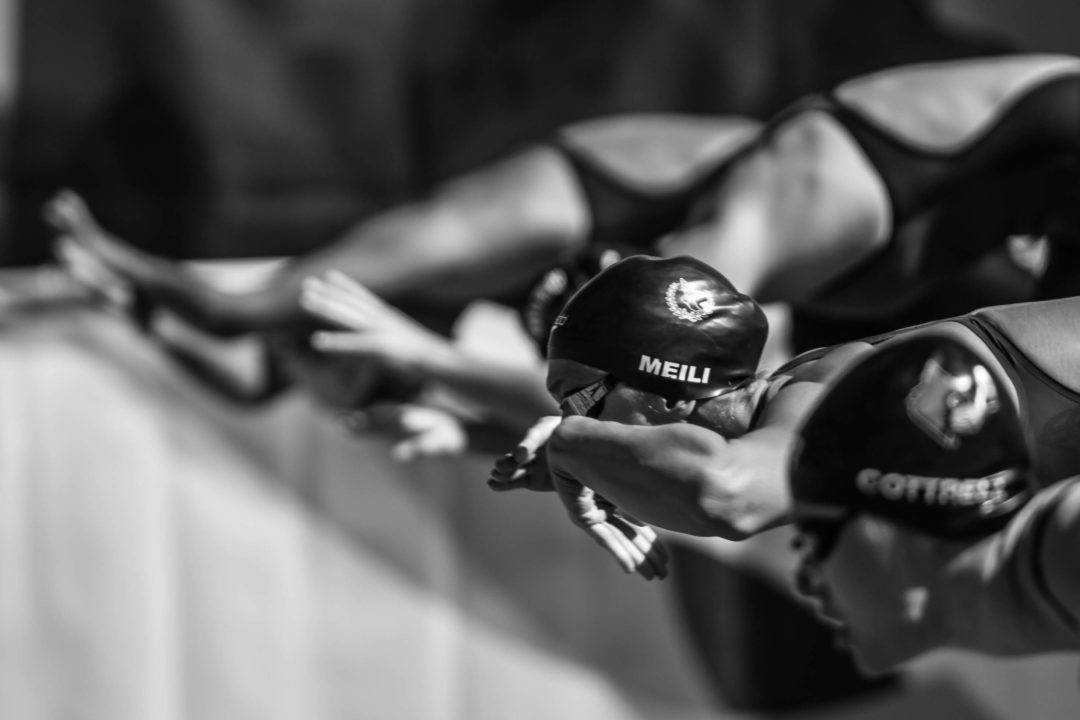 Lilly King and Katie Meili look like locks, but Molly Hannis could have something to say about that in Indy. Archive photo via Mike Lewis/Ola Vista Photography

Lilly King and Katie Meili proved to be the world’s best sprint breaststroke duo last summer, as the American pair earned a gold (King) and bronze (Meili) at the Rio Games. While King is the only active American swimmer to have swum faster than 1:05.5, Meili of NYAC has the hot hand right now.

At the 2017 Charlotte UltraSwim, Meili was quick to set the world on notice with a 1:05.95 to hit the world’s #3 time this year. This comes after she came through with a new best time of 2:23.18 in the 200 breast at the 2017 Arena Pro Swim Series – Atlanta, where she beat King by almost three seconds. This is shaping up to be another very strong year for Meili, who after breaking out in 2015 on the international stage, continues to affirm her position as one of the USA’s best breaststrokers. Her 1:05.9 this June, meanwhile, suggests that in Indianapolis she’ll be able to take some serious time off of her 1:05.64 personal best from 2015.

King, who has quite a different demeanor from Meili, will absolutely not be handing the victory to her older competitor. The rising University of Indiana junior has been outspoken about how hard she trains (harder than anyone else), and told SwimSwam that she wants world records this summer. King has shown that she doesn’t just talk the talk– the defending Olympic Champion has taken sprint breaststroke to the next level in short course yards, and while she hasn’t been the fastest American this spring, her 1:06.20 from the Atlanta PSS ranks 5th in the world and she has to be the gold medal favorite in Budapest.

The third swimmer on the cusp of making the U.S. Worlds team in this event is Tennessee alum Molly Hannis, who has been very consistent and very fast of late. Since November of 2015, she has gone 11 1:06’s, the fastest this spring being a 1:06.47 from the Indy PSS. That was just three tenths off of her 1:06.16 best time, but Hannis will have to crank out at least a half-second to a full second drop, most likely, to challenge Meili or King. The question, though, surrounds Hannis’s ability to drop time in Indy. Her 1:06.16 best time comes from a meet in March of 2016, and then she was unable to improve upon that a few months later at Trials. While she’s a tier above the following swimmers, she’s got some work to do to catch King and Meili.

The fourth-place finisher at Trials, who also happens to be the fourth-fastest American this year, is Breeja Larson. A seasoned swimmer, her 1:07.17 ranks her 17th in the world this year. The only thing, though, is that she swam that time back in January. She’s hit 1:08’s at various meets in March, April, and May, but questions loom about how much faster she can go than her 1:07. Larson is capable of breaking through to 1:06– she was 1:05.93 at the 2012 Olympic Trials, and went a 1:06.9 twice in 2014. She hasn’t proved she can get back to her 2012-14 form, though, and she doesn’t have much momentum going into the summer.

Melanie Margalis and Andee Cottrell are both 1:07-range swimmers, though Cottrell is more of a pure breaststroker. Cottrell, a Louisville alum, touched 5th at Trials last summer, while Margalis made the final but scratched in order to focus on the 200 IM semifinals that same session. Margalis will only have the 100 breast on Day 4 of Worlds Trials, so there’s a good chance she’ll swim it. Another 1:07 breaststroker is Club Wolverine’s Miranda Tucker, who will start competing for Michigan in the fall. Tucker spent a season with King at IU, but transferred after her freshman year to Michigan. Meanwhile, Marin Pirates’ Riley Scott posted a 1:08.80 at the Speedo Grand Challenge in late May, and is another college swimmer to watch.

There is a lot of younger breaststroke talent that will be in the mix in this event, too, this summer. Zoe Bartel of Fort Collins Area Swim Team and Allie Raab of Nashville Aquatic Club went 1:07’s in both prelims and finals at the 2016 Jr Pan Pacs. They went 1-2 for gold and silver, and will be bringing the heat this summer in Indy. Emily Weiss of Cardinal Community Swim Club took down Lilly King‘s Indiana HS record in the 100y breast this past February (59.37), then had a big 1:08.91 swim at Indy Sectionals in early April, a best time and her 2nd time under 1:10 since she went a 1:09.45 summer of 2015.

Dark horse: Emily Escobedo, who just wrapped up her senior year with UMBC. A mid-major stalwart, Escobedo touched 9th in the 100y breast at NCAAs with a strong 58.48. She’s continued to improve over the last few years, and while the 200 breast is more her expertise, she looks capable of sneaking into this final.

What about Lindsey Horesji from Minnesota? Got 2nd at NCAAs this past spring behind Lily King and looked pretty good.

Molly Hannis for the win

Another name to watch: Katharine Ross. Doubtful that she’d make worlds, but she could sneak into the top 8. Her best time is 1:07.94, and I wouldn’t be surprised to see her in the finals.

So many talents. Very strong event in USA. Pretty easy to make picks, unlike the women’s 400 IM, 200 back, 200 breast or 200 fly.
King can qualify at 80%. She will keep her taper for worlds where she needs to be at 100% to beat Efimova.
Meili looks really strong right now.
Hannis looks better than ever but unfortunately for her she should finish third again. She will have the 50 to make the team.

Along the lines of Hannis not matching her 100 performance from in season to trials is Meili was 2:23 in Austin and missed the semifinal at trials. Lilly King, whether you like her or not, races well and shows up to big meets. Best times last year in the 100 at Charlotte, trials, and the olympics. Even at NCAAs this year when she kind of missed her taper she won the 200 with a best time when Kierra Smith probably should have won. Hannis and Meili are swimming fast, but they need to carry that into trials and Worlds.

meili focused almost entirely on the 100 leading up to trials. it was her better event by far and her best shot. Not sure how many expected her to medal in Rio after Trials either but there you go. I don’t think the 200 is a case of “not showing up” so much as not her focus. She’s a very consistent performer, mentally very tough.

I hope meili wins it all. King could get dqed for all I care. Dislike her,even tho she is an amazing talent.

I’m also rooting for Meili for the win, but I don’t think it appropriate to wish someone DQ (unless he cheats repeatedly like Cody Miller)

I honestly prefer Meili – from a mile away and she is in a very good shape . She wins the 100 at Trials . Time to shine