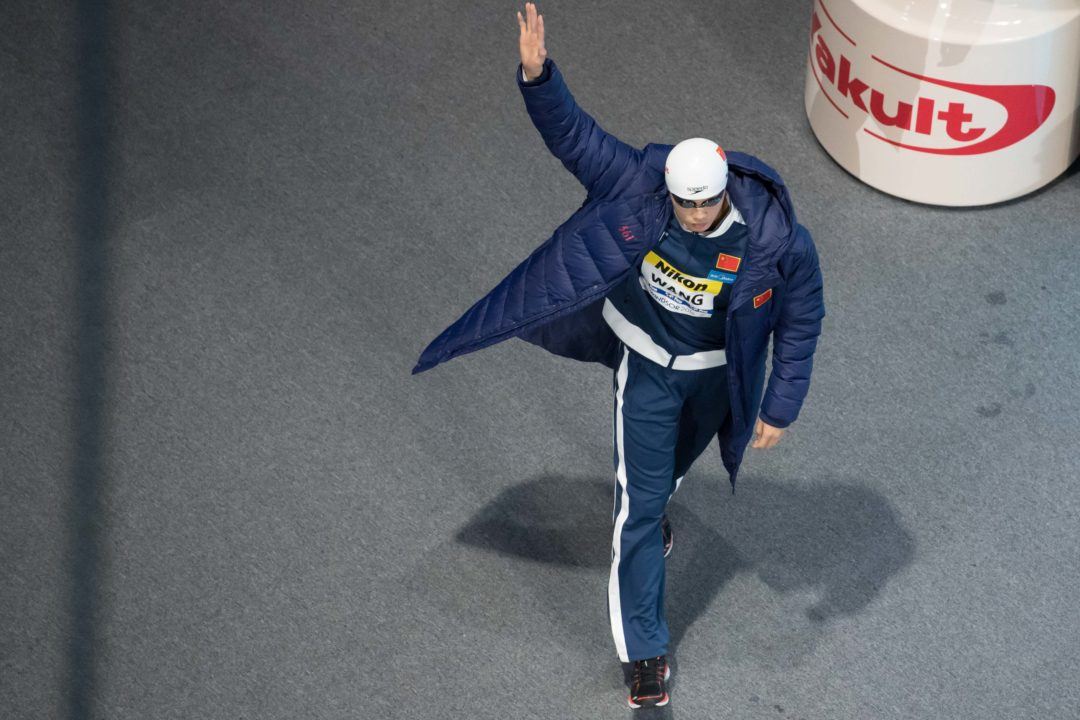 China’s Wang Shun was a no-show for his preliminary heat in the men’s 400 IM on day 5 of the Short Course World Championships, just a few days after winning his second consecutive gold in the 200. The 24-year-old actually did the same thing in 2016, entering the event but pulling out at the last minute.

Wang was coming into the event as the #2 seed behind only Daiya Seto of Japan, as he had swum a lifetime best of 3:59.99 during this season. He was the only swimmer other than Seto in the field who had broken 4:00 in 2018.

In his absence, Seto threw down the top time by a mile in 4:00.50, looking virtually unbeatable for the gold as he cruised home on the freestyle after turning under world record pace at the 300.