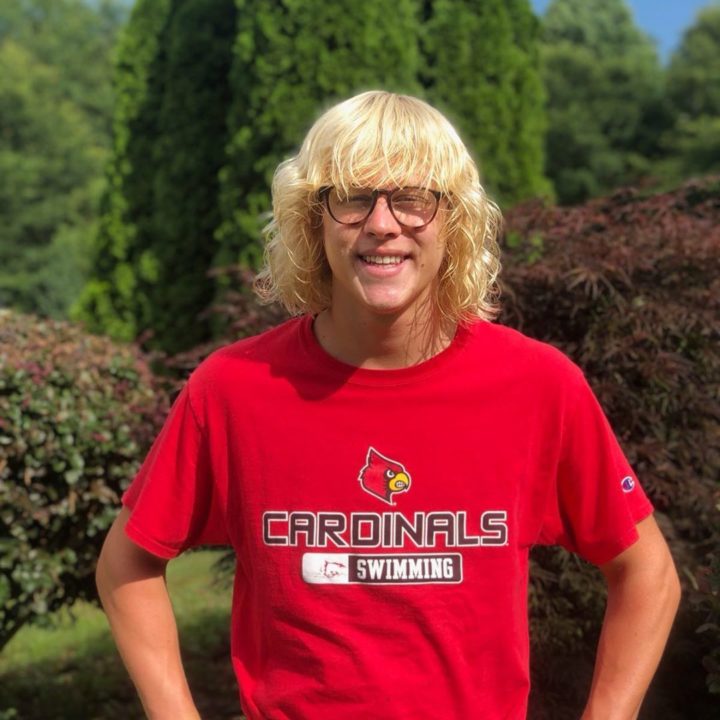 Ace Aquatic Club's Tommy Bried has verbally committed to the Louisville Cardinals for fall 2021. He is a rising senior at Hillgrove High School in Georgia. Current photo via Tommy Bried

I would like to announce my commitment to the University of Louisville! It’s been a fantastic journey, but I know I’ve found my new home!!! Thank you to everyone that’s been there along the way. GO CARDS❤️🖤

Bried’s best event is the 200 fly, though he has a strong 400 IM and has potential in distance free; his official best time is only 4:47.31 from a fall club meet, but he’s been almost three seconds faster going out in his lifetime best mile swim from March of this year.

Absolute legend, the hair works like Samson. One fine GA Boy! This dude is gonna shred it up!

That boy has a great head of hair! Rock on!

This guy certainly gets the my seal of approval

Coleman, you are the O.G.

Wayne’s World from the basement to the pool!

Thought that was Coleman with dyed hair for a second