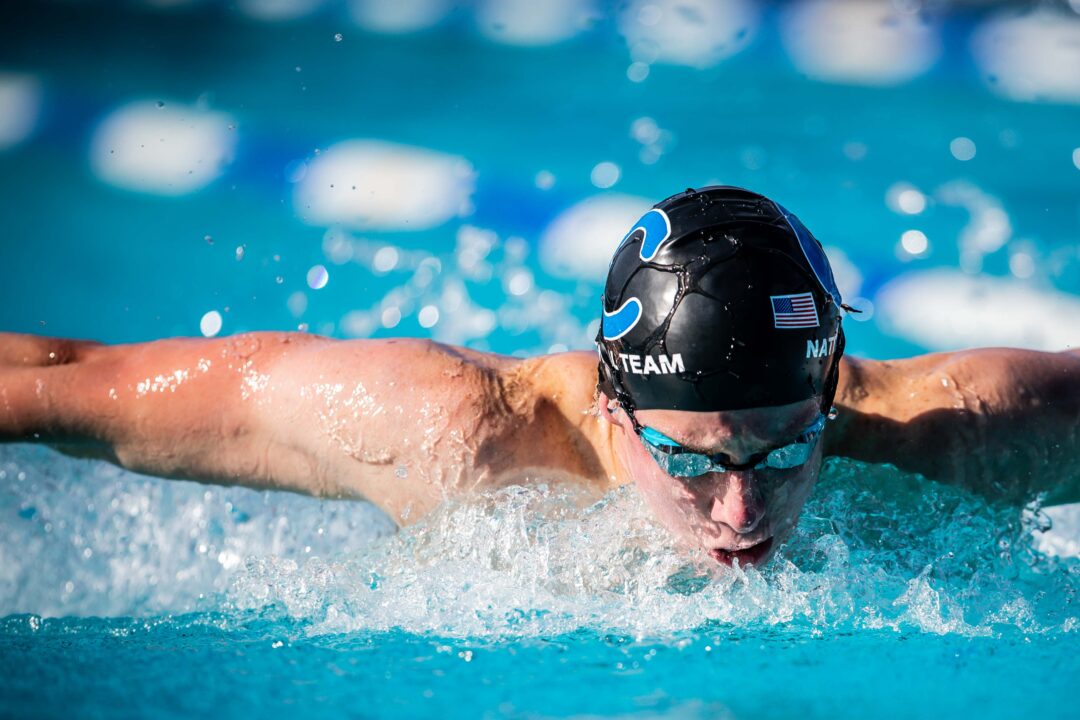 Shackell also took down the Junior Pan Pacs Record in the event, which stood at 1:55.92 from American Andrew Seliskar at the 2014 Championships. Stock photo via Jack Spitser/Spitser Photography

17-year-old American Aaron Shackell ripped another lifetime best en route to winning gold in the boys 200 fly at the 2022 Junior Pan Pacs tonight in Honolulu. Shackell swam a massive personal best in prelims this morning, tearing to a 1:56.15, which blew away his previous best of 1:57.42. To add to the impressiveness of that swim, Shackell’s previous best was only just set at the beginning of the month when he won U.S. Junior Nationals with the 1:57.42.

The swim wouldn’t stand as Shackell’s best for more than a handful of hours, however, as he came roaring back in finals tonight with a sizzling 1:55.81, dipping under 1:56 for the first time in his young career. In addition the new personal best, Shackell also took down the Junior Pan Pacs Record in the event, which stood at 1:55.92 from American Andrew Seliskar at the 2014 Championships.

Shackell’s improvement between his swims today and his performance at Junior Nationals a few weeks ago comes mostly in the back half of the race. He’s made considerable progress on the 3rd 50 of the race, getting that split down under 30 seconds tonight, after swimming a 30.06 in prelims and 30.79 at Junior Nats.

Shackell has also risen to #3 all-time in among U.S. 17-year-olds in the event with his performance tonight. He’s now the #4 performer all-time in the 17-18 age group as well.

Shackell’s will likely be a name we’ll get used to seeing this week, as he still has 3 events left, all of which he could medal in. He’s set to race in the boys 100 fly, 100 free, and 50 free as well.

The future of USA swimming looks bright ! The swimmers are slaying it in Hawaii!

An absolutely wonderful accomplishment!
I hope you can post the video soon!!

Looks like it is a top 6 time so he would be on the sr national team next season.