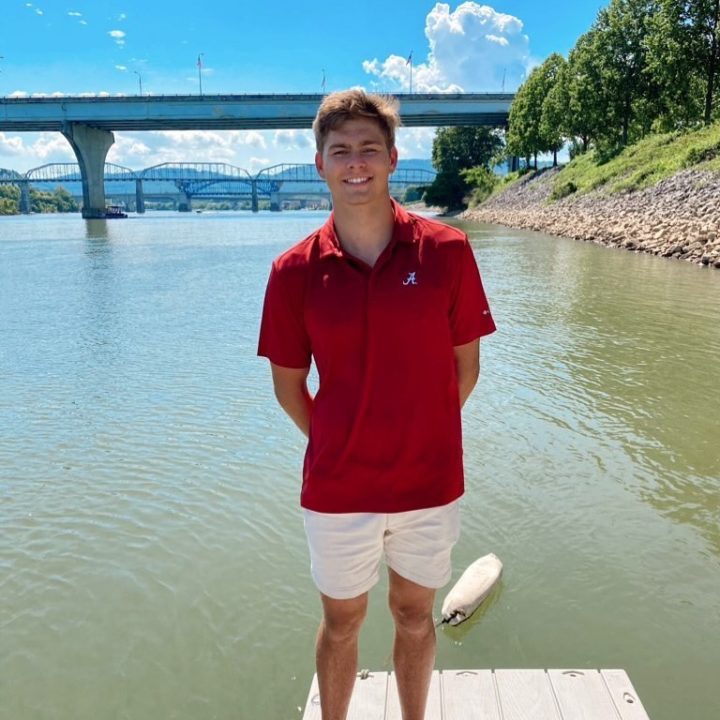 The Indiana to Alabama pipeline has been busy since the Crimson Tide hired Coley Stickels, the former IU associate head sprint coach, to lead the program. Current photo via Jake Marcum

Backstroker Jake Marcum has announced his decision to transfer from the Big Ten’s Indiana University to the SEC’s University of Alabama. Marcum is a Tennessee native who has trained with McCallie GPS Aquatics and McCallie School.

I am so blessed and excited to announce my decision to continue my academic and athletic career at the University of Alabama! Thank you to everyone who has made this possible! Roll Tide! #AO1

The Indiana to Alabama pipeline has been busy since the Crimson Tide hired Coley Stickels, the former IU associate head sprint coach, to lead the program. Sprinters Julia Wolf and Morgan Scott followed Stickels from IU to ‘Bama after he took the job down south, as did several members of IU’s pro group. Matt King, a top-ranked 2020 sprint recruit, initially committed to Indiana for this fall but ended up switching his commitment to Alabama.

Marcum was Indiana’s #4 200 backstroker last season. He would’ve ranked #2 on Alabama’s roster last season in the 200 back, though, and #3 on their 100 back top times list. The Crimson Tide just graduated massive talent Zane Waddell, who was 44.10 in the 100 back last season, but Marcum will overlap for three seasons with fellow rising sophomore Matt Menke. At 46.2/1:41.5, Menke is Alabama’s top returner in backstroke for this coming season.

Surprising that ASU wasn’t in on the sign-and-trade agreement.