#17 Matthew King Switches Verbal from Indiana to Alabama for 2020 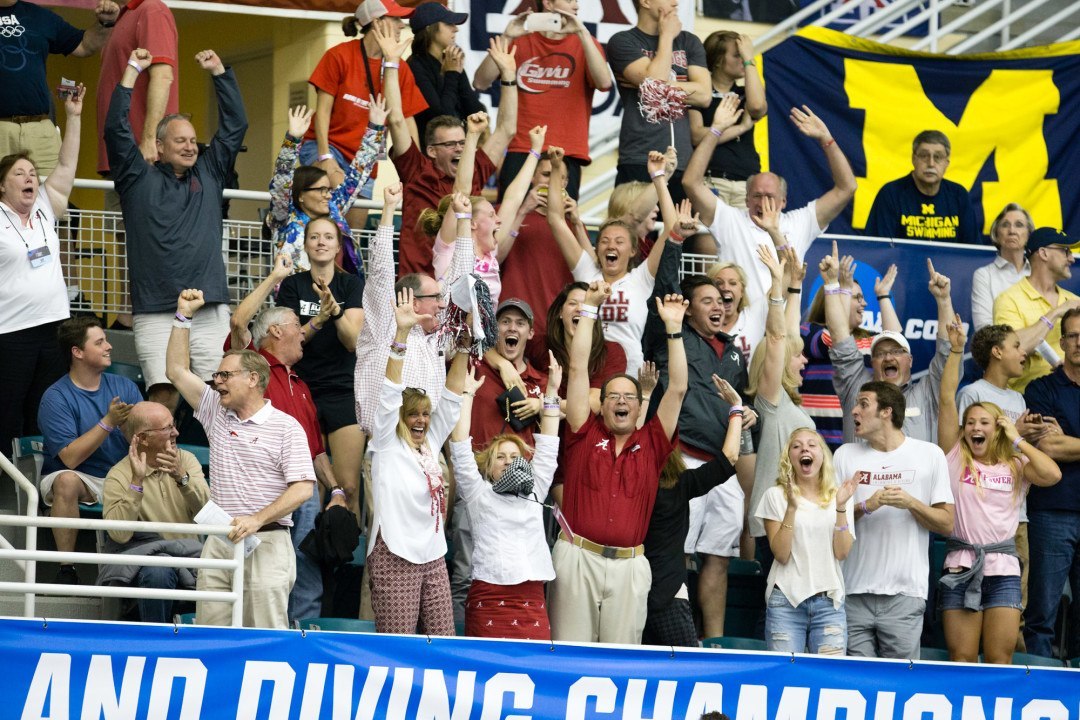 King, one of the top sprinters in the entire class of 2024, had initially verbally committed to Indiana in January of this year. Archive photo via Tim Binning/TheSwimPictures.com

17th-ranked recruit in the class of 2020 Matthew King of the Bellevue Club Swim Team just outside of Seattle, Wa., has changed his verbal commitment from Indiana University to the University of Alabama. This comes roughly seven months after he had initially announced his verbal pledge to the Hoosiers.

Since his initial IU verbal, he has shaved a few hundredths off of his short course yards 100 fly time, while he’s made marginal improvements in long course meters in the 50, 100, and 200 free events, where this summer he went 22.81/50.36/1:53.80. He’s right in the mix as one of the top pure sprinters in the class, at least domestically.

King will be part of a sprint group overseen by new head coach Coley Stickels, who coincidentally took over the ‘Bama program this off-season after two years as the associate head coach at Indiana. The Crimson Tide is graduating talent like reigning 50 back champion Zane Waddell after this year and just graduated Robert Howard, a top 5 finisher in both the 50 and 100 free at NCAAs last season.

This is the latest move in an ongoing pipeline of collegiate and post-grad swimmers from IU to ‘Bama — pros like Ryan Held, Ali Khalafalla (an IU alum), and Margo Geer along with rising sophomores Julia Wolf and Morgan Scott, all sprinters, have left IU and followed former Hoosier associate head coach Coley Stickels to the Crimson Tide since his move was announced in April. Of course, King still has a year of high school left and was never enrolled at IU nor had he ever trained with the program, but the draw to Stickels’ training is evident.

A recent example of success with Stickels has been Held, a 2016 Olympic gold medalist who had a few rough subsequent years, missing the 2017 World Championships, the 2018 Pan Pac Champs, and the 2019 World Championships. Shortly after joining IU’s program in February (and then moving a few months later to follow Stickels to Tuscaloosa), Held had a breakthrough this summer, setting a new U.S. Open record in the 100 free which positions him squarely for the second 100 free spot next year at Olympic Trials behind American record-holder Caeleb Dressel.

Clevvvverrrrr. How long have you been sitting on that one?

So smart…to swim fast you must have coaches that commit to student-Athlete with the commitment to student first…and metal health as a proponent of of both!

Alabama also has Trey Sheils in it’s class of 2024