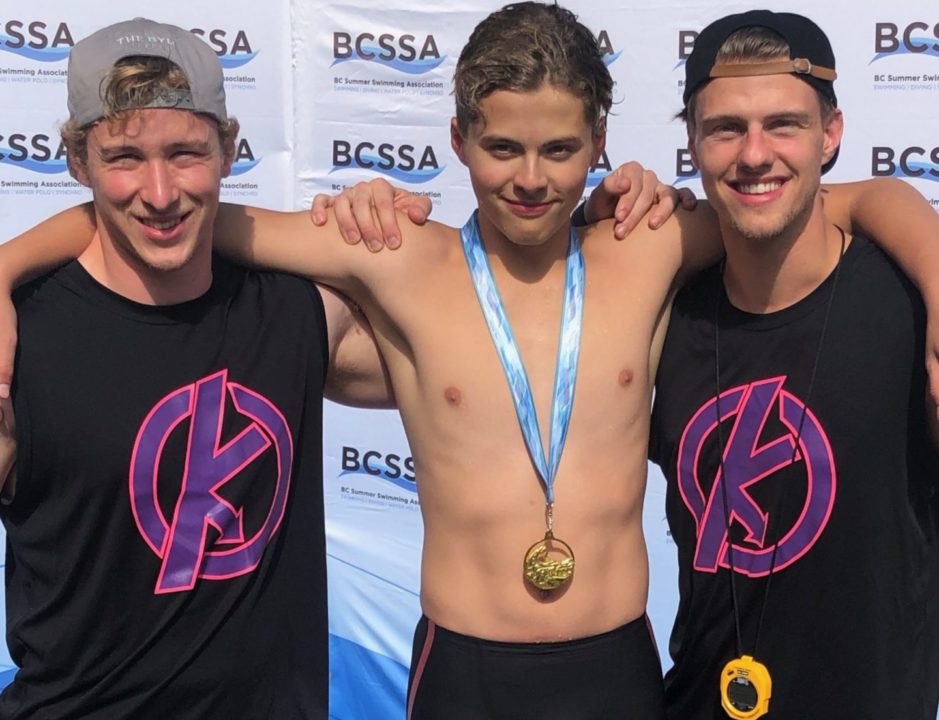 The Penticton Pikes team member would later match his 25.05 leading off their 200 free relay.

On the final day of competition, he would take out the 100 freestyle time, touching in 55.03 to go under the 55.37 established by Tong.

Despite going under two all-time marks, his times won’t officially count as new NAG records due to the fact that it wasn’t done at a Swimming Canada sanctioned event.

McMillan has been working under the tutelage of Penticton head coach Simon Paisley over the past five years.

Perhaps more impressive than his times is the fact that McMillan only trains three and a half months of the year in summer league. If BCSSA athletes train more than two hours per week outside of May 1st to August 31st, their ‘winter maintenance’, they are to compete in a separate ‘open’ category rather than their respective divisions.

His sister Ashley McMillan followed a similar path before switching to full-time club swimming a few years ago, and has found a ton of success that has led her to compete at the ongoing World Junior Championships in Budapest.

BCSSA is a summer league for those unfamiliar.

ryan mcmillan is my best friend.