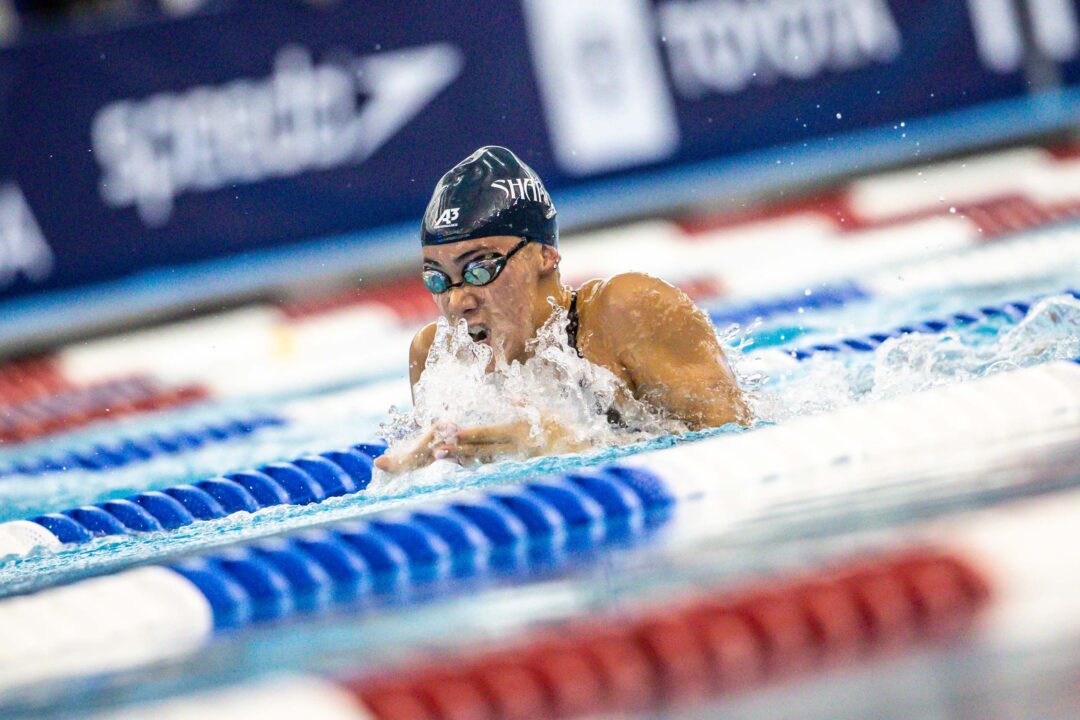 Raya Mellott secured her second Junior Nationals qualifying time this year with a 2:35.62 in the 200-meter breast at the Orinda Aquatics PC LC Senior Open last weekend in Moraga, California.

The 14-year-old Mellott dropped more than a second from her previous best set at April’s International Team Trials. Her new mark ranks as the sixth-fastest this season and 91st all-time in the girls’ 13-14 age group. The Crow Canyon Country Club Sharks swimmer won the 100 breast in 1:14.29, three seconds off her personal-best 1:10.97 from International Team Trials that ranks as the best in the country this season and 28th all-time in her age group. In May, Mellott was a finalist in the 100-yard breast at the CIF State Championships as a freshman at San Ramon Valley.

She also pulled out a victory in the 200 free with a personal-best 2:08.44, dropping more than 10 seconds from last summer. That time ranks 24th this season for her age group.

Fog City Hammerheads swimmer Fidelya Al-Gozaly posted a personal best in the 100 free with a 1:03.42, sixth-fastest nationally among 11-year-old girls this season.

Seahawks teammate Oryan Liu climbed the national breaststroke rankings among 13-year-old boys. He moved up to fourth this season in the 200 breast with a 2:29.83 and eighth in the 100 breast with a 1:09.98.