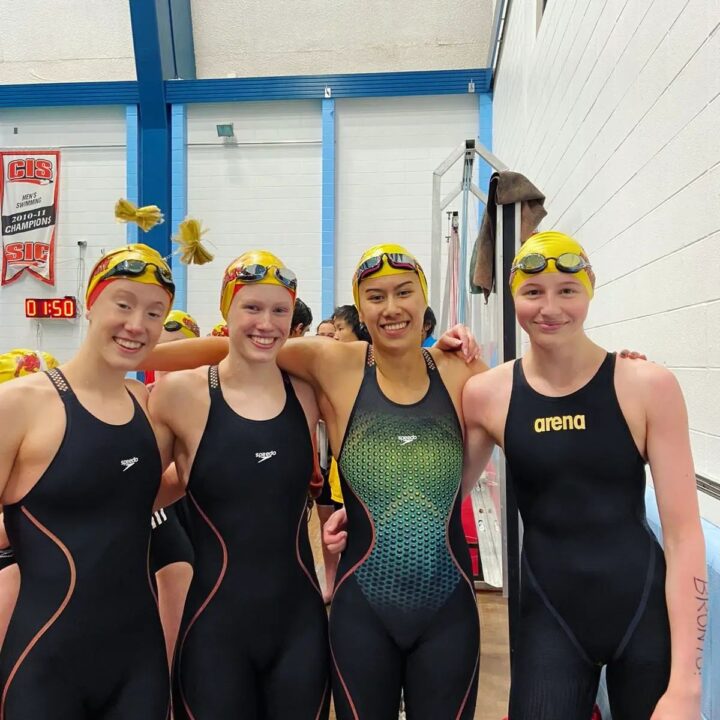 So far in 2022, Canadian star swimmer Summer McIntosh has rewritten the country’s record books in the 15-17 age group. But she is not the only Canadian girl to set a National Age Group Record this month.

While McIntosh was racing at the World Championships, a quartet of swimmers from the University of Calgary Swim Club broke a National Age Group relay record at a sanctioned intrasquad meet.

The relay of Kamryn Cannings, Kaycee Cannings, Eliza Housman, and Katie Graboski combined for a 1:42.05 in the 200 meter freestyle relay (short course). That’s the 8th-best relay in Canadian history of any age, an Alberta Record, and a new Canadian National Age Group Record.

that makes a whole lot more sense than university of california, santa cruz

Hard for an American university to break a Canadian NAG record

Awesome work by these incredible swimmers!

BTW, Amanda was also an Olympian.