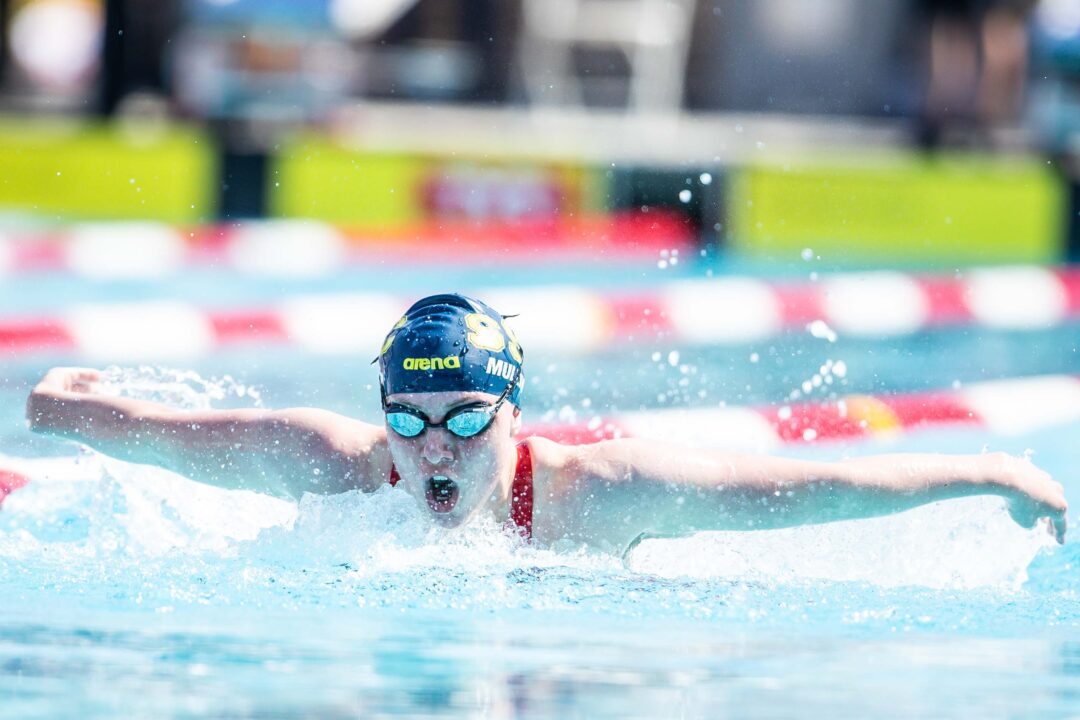 Derivaux went under the Winter Nationals standard in the 100-meter butterfly finals with a blazing 1:02.68, nearly two seconds faster than the second-quickest time in the girls 11-12 age group this season.

A native of Mount Laurel, New Jersey, she also posted nation-leading times in the 200 IM (2:23.01) and 200 back (2:19.70), both representing Futures cuts. Her 200 IM time was 1.6 seconds faster than her previous best from April, which had stood as the top time in the country until DART Swimming’s Mikayla Tan snatched that title from her earlier this month.

In the 200 back, Derivaux now owns the best time in her age group by nearly six seconds after improving her previous best by more than three seconds. In the 100 breast, her personal-best 1:18.68 now ranks as the sixth-fastest time this season for her age group. Derivaux also recorded personal bests in the 100 free and 200 free, where she improved to No. 8 and No. 9, respectively, in the national rankings for her age group.

Derivaux didn’t swim the 200 fly, where she posted the best time for her age group in almost a decade with a 2:18.75 last month. It was a four-second improvement from her previous best, a 2:22.76 that stands at the fastest time in U.S. history among 11-year-old girls.

16-year-old University of Virginia commit Lainey Mullins posted three personal bests at the meet. The Suburban Seahawks Club swimmer from Delaware achieved a Summer Nationals qualifying time of 2:13.22 in the 200 fly, good for third-fastest nationally among 16-year-old girls this season. In the 200 IM, Mullins clocked a 2:18.65, moving her up to No. 11 among 16-year-old girls this season. She also touched the wall in a personal-best 57.37 in the 100 free, a Summer Nationals cut which ranks 17th nationally among her age group.