10 Big Points from Day 4 of the 2014 European Championships 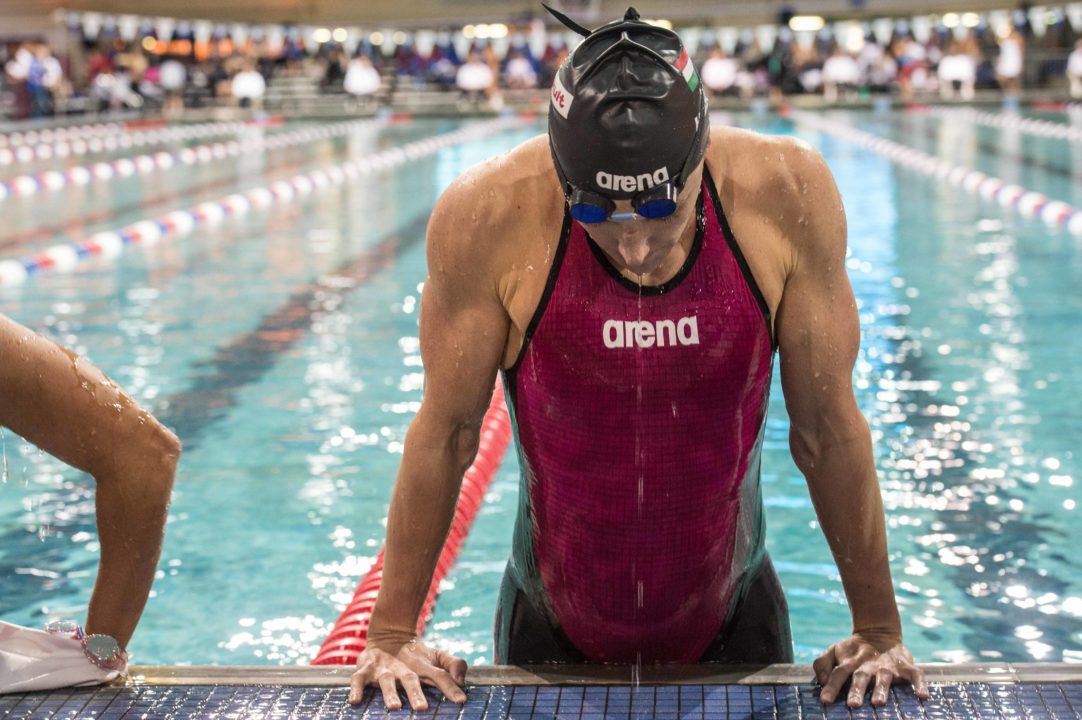 We’ve crossed the halfway threshold of the European Championships, with 4 days down and 3 to go. With some time to reflect after the conclusion of Thursday finals, here are 10 themes that might have fallen through the cracks:

1. Morozov goes short: Russia’s Vlad Morozov has long been known as a sprinter, but he’s really taking that title seriously this week. The 22-year-old had qualified 10th in the 100 free out of prelims, but was only the fourth-fastest Russian, and so was out of the semi-finals. Though that might be disappointing for some, who are justifiably excited about Morozov’s elite freestyle potential, it turned out good for Vlad. He won the 50 back in 24.64, two tenths ahead of France’s big backstroker Jeremy Stravius.

2. Sjostrom goes long: On the other hand, Sweden’s Sarah Sjostrom really sizzled in a longer race than she’s used to tonight. Sjostrom, already the 50 fly and 100 free champ at Euros, swam the best split of the entire field on Sweden’s 4×200 free relay to close the night. Sjostrom was a blazing 1:53.64 taking the third leg and pushing her country out to a huge lead. Though the race was memorable for Italian anchor Federica Pellegrini‘s big run-down (more on that later), Sjostrom was faster than Pellegrini by well over two seconds. Adding on time for a relay start, Sjostrom could have been 1:54-low in the flat-start 200 free tomorrow, but she’s said she’ll be scratching the individual event.

3. Rikke Moller Pedersen doing only what she has to: 200 breast world record-holder Rikke Moller Pedersen of Denmark hasn’t been very fast in the qualifying rounds of her signature race, but she has yet to lose a heat race. Moller Pedersen was just 2:27.42 in the heats, qualifying just 6th, but she showed some clear gamesmanship in making sure she won her heat as easily as possible. Swimming in the final heat, the 25-year-old dropped to third place at the 150-mark, splitting consecutive 38s before hitting the gas over the final length. Moller Pedersen rolled down to a 36-second split over the final lap to pass the leaders and win the heat, essentially all she had to do to guarantee herself a spot in the semifinals. Then in tonight’s semis, she cut 5 seconds off that to again win her heat, though she’s still 3 seconds off her world record. Watch for her to finally open things up in the finals, where she should be well-rested if nothing else.

4. Ties Abound: After a double tie (for both gold and bronze) in the men’s 50 fly, there was another shared gold medal tonight, this time in the women’s 100 back. Top seed Mie Nielsen led at the 50, but the Hungarian machine Katinka Hosszu put together a gigantic back half to sneak in for a share of gold. That’s just another piece of anecdotal evidence of how close this meet has been, at least at the top. Both were just a few tenths off of the meet record and were faster than all swimmers at Pan Pacs outside of winner Emily Seebohm.

5. Proof that Mireia Belmonte Garcia is human: Spain’s Mireia Belmonte Garcia is known around the world as one of the tougher swimmers, but tonight was proof that she is indeed human. She took on one of the toughest combos we’ve seen in a long time, swimming the women’s 800 free and jumping out to swim the very next event, the women’s 200 IM. In an odd twist, Belmonte Garcia was in lane 5 for both, effectively owning the lane for the meet’s first twenty minutes. She was second in the 800, but things started to go downhill after 600 meters, when she lost the lead to eventual winner Jazz Carlin. From there, Belmonte Garcia cruised to 8th in the IM, and even came back at the end of the session to split 2:00.10 on Spain’s 4×200 free relay. She swam quite well considering the situation, but fatigue was clearly a factor in her second two swims.

6. Carlin completes the big-meet double: Speaking of Carlin, the Brit pulled off a unique double, winning the 800 free at both Commonwealth Games and European Championships. It’s not easy to maintain a taper over a length of time, but Carlin did exceedingly well. She was 8:18.11 in Glasgow and followed it up with an 8:15.54 in Berlin as she continues to climb into the top tiers of the world in that event.

7. Hosszu wins the close ones and the blowouts: Hungary’s Katinka Hosszu is well-acquainted with winning. She showed off two different ways to win tonight in three swims. First Hosszu absolutely blew the field out of the pool in the 200 IM, winning by well over 3 seconds to claim her third-straight title in the event. Later in the night, she tied Nielsen in that 100 back, picking up a gold medal (or a share of one) by the narrowest possible margin.

8. Men’s 100 free could be a dogfight: Speaking of narrow margins, check out the men’s 100 free. France and Italy will do battle tomorrow with both countries holding a real shot at a 1-2 finish. France’s Florent Manaudou is the top seed at 48.61, but the trio behind him are far too close for comfort. Luca Leonardi of Italy (48.67), France’s Fabien Gilot (48.67) and Italy’s Luca Dotto (48.68) are within .07 of the leader, and the whole rest of the A final sit within three tenths. Let’s hope these guys have been growing out their fingernails, because the final could come down to something that small.

9. Marco Koch breaks through British barrier: So far, Great Britain has been the team to beat in the men’s breaststrokes. They 1-2’d the 100 breast in Berlin after sweeping the 200 breast medals at Commonwealths, not to mention winning silver in the 50 and gold and bronze in the 100. But Germany’s Marco Koch overcame the Brits in the 200 at Euros, rolling to a lifetime-best 2:07.47 and putting himself thoroughly in the world record conversation, not to mention setting himself up as a real contender for next summer’ World Championship title.

10. Relay heroics for Federica Pellegrini: Already a storied hero of Italian swimming, Federica Pellegrini defended her reputation with a memorable, come-from-behind anchor leg to give her country gold in the 4×200 free relay. Pellegrini wasn’t as fast as she looked – 1:56.50 – and was certainly helped out by Sweden’s decision to load up their 3rd leg instead of their anchor, but her swim was still impressive, a well-swum race with fairly even splits on the way to the field’s third-fastest split. She’ll compete in the open 200 tomorrow.

Vlad didn’t scratch the 100 free, he fell foul of the 2 per nation rule in the heats

For the medley relay, Hungary could be a medal threat with the following teams :

ThomasLurzfan – The GB medley squad that beat the Aussies was Walker-Hebborn, Barrett, Peaty and Brown. Adam Barrett has qualified for the final of the 100m butterfly in 51.80 (2nd) against Steffen Deibler’s 51.81 (3rd) so probably not much in it. Adam Brown is one of the GB swimmers giving the Euros a miss after the CWG so I guess they’ll go with Ben Proud who is a 50m free/butterfly specialist. GB to lead after three legs but then who knows. They managed to hold off James Magnusson on the last leg in Glasgow but have a slightly weaker squad this time.

Amazing swim by Sjostrom, again! She and her coach have been said at the beginning of the meet that she’ll probably scratch the individual 200 but maybe this race makes her reconsider that. Would be exciting to see her try and go for five individual gold medals even though that may impact a possible record hunt in the 100 fly tomorrow.

Also, Morozov didn’t scratch the 100 free. He wasn’t among the top 2 Russians and each nation is only allowed to have two swimmers in the semis and final.

And now Sarah confirmed she won’t race the 200 tomorrow via twitter: