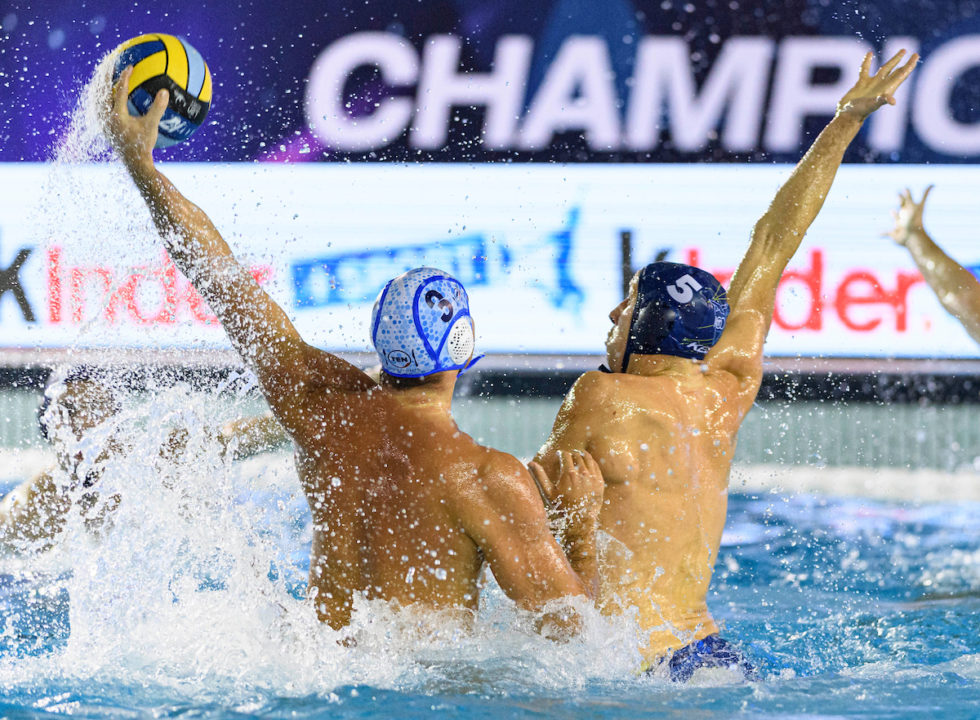 In a battle of 2-0 teams, Zodiac CNAB knocked off An Brescia to retain the Group B lead through the end of preliminary round 1. Archive photo via G. Scala/Deepbluemedia

In a battle of 2-0 teams, Zodiac CNAB knocked off An Brescia to retain the Group B lead through the end of preliminary round 1.

Zodiac’s offense had been nearly unstoppable so far this week in 16-8 and 17-5 wins. An Brescia goalkeeper Marco del Lungo held Zodiac to just half of their previous round-low in scoring, registering ten saves. But Zodiac goalkeeper Daniel Lopez Pinedo one-upped him with 13 saves and just six goals given up.

Zodiac really got going in a 2-0 third period to build a 6-3 lead. The teams would roughly split the final period, ending in an 8-6 Zodiac win.

And Dinamo Tbilisi got its first win, beating Jadran Herceg Novi 11-8. Those two teams are now tied for 4th, a key battle as the top four teams in the Group after all three preliminary rounds will advance to the final 8.