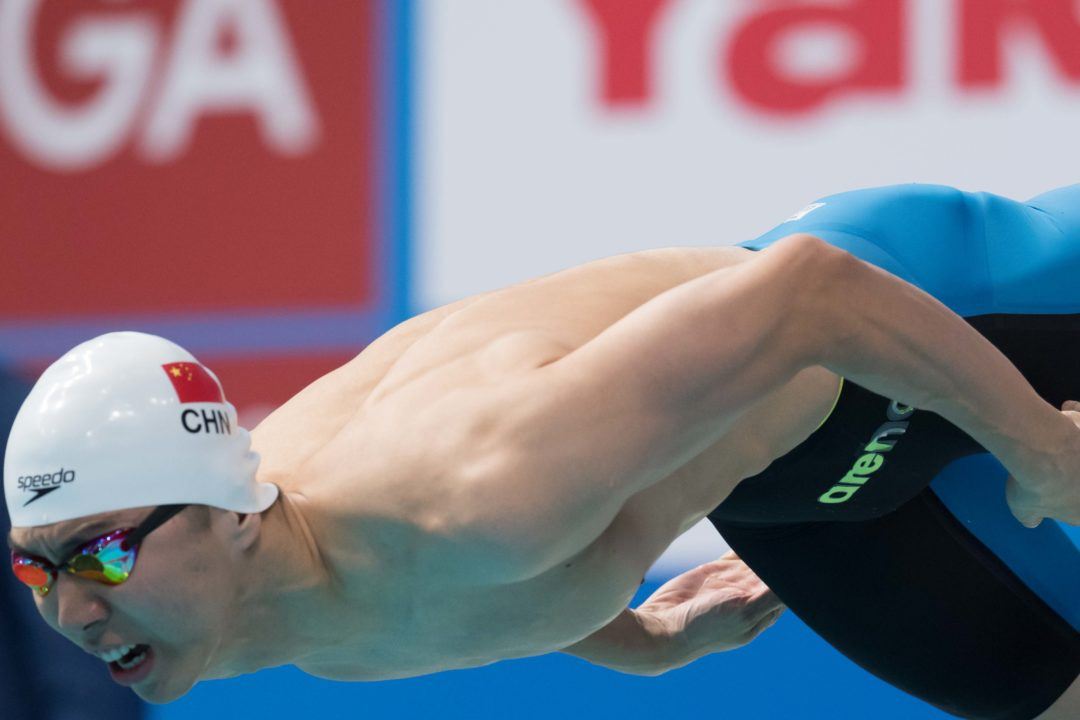 In tonight's final, Zibei took another .03 seconds off his mark, finishing in 58.63 for a Bronze medal. Stock photo via Mike Lewis/Ola Vista Photography

Yan Zibei of China broke the Asian Record in the men’s 100 breast for the 3rd time this year in tonight’s final. Zibei had originally cracked the record with a 58.74 at the end of June in Mission Viejo. In Yesterday’s semifinal, Zibei then shaved off another .07, touching in 58.67. In tonight’s final, Zibei took another .03 seconds off his mark, finishing in 58.63 for a Bronze medal. Adam Peaty won the race in 57.14 for the 4th fastest time in history, while Great Britain teammate James Wilby was 58.46 for Silver.

Here is a split comparison between Zibei’s 3 record-breaking swims in the past month:

Much like his semifinal race yesterday, Zibei took this one out aggressively, hitting the halfway mark in 2nd (behind Adam Peaty). He undercut yesterday’s time by coming home a little faster.