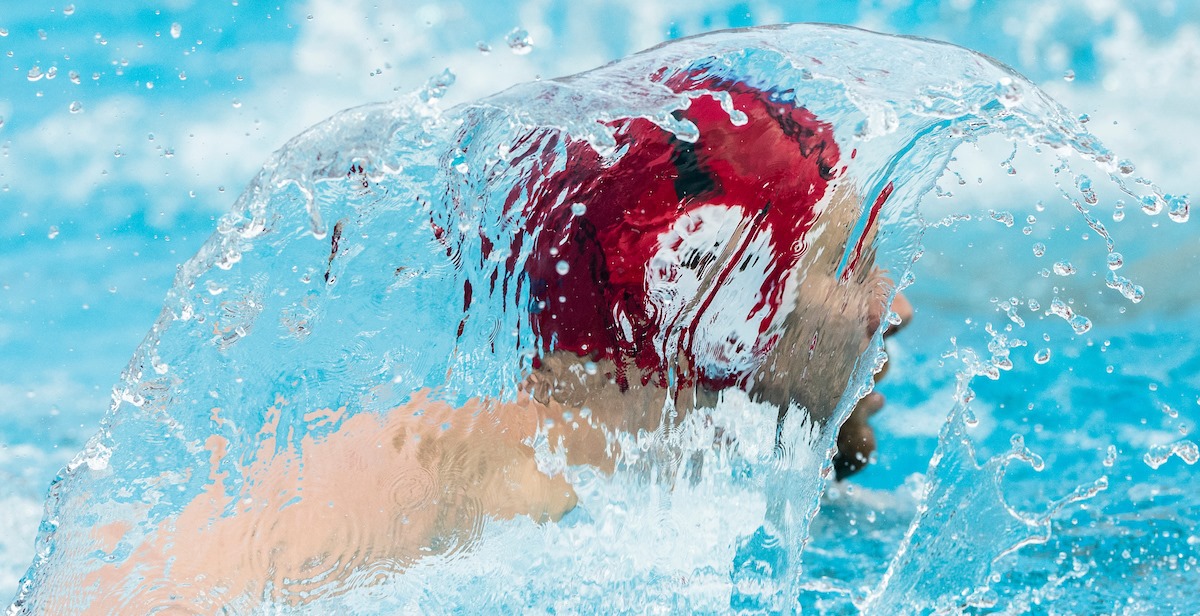 Offences were at their best as Friday brought 96 goals in four Champions League Group A matches, including 28 in a match between Jug and Barceloneta. Current photo via LEN Media

An outstanding spell in the third period when Jug netted six goals to rush 11-8 ahead from 5-8 secured the Croats’ win against Barceloneta in the highlighted match of the second round in the Champions League. Szolnok also won an action-packed match in Herceg Novi while Sintez caused some problems for Olympiacos but the Greeks kept all three points at home. A bit surprisingly, Spandau earned a well-deserved point in Split in a thrilling match. Offences were at their best as this Friday saw 96 goals in four matches.

The big match of the weekend between Jug and Barceloneta offered everything water polo is loved for: it was a 28-goal epic with loads of excitements and brilliant actions from both sides.

Barceloneta staged a better start, jumped to a 2-4 lead in the first period and even though the hosts came closer in the second at 4-5, the Spaniards seemed to keep the game under control at halftime (5-7). Early in the third they even added one to go 5-8 up and nothing predicted what came next. Luka Lozina’s two goals from the center shifted the game to a different direction though – in fact, in a different dimension as the Croats started rolling.

Three more action goals set the public on fire and completely froze the Spaniards who missed three 6 on 5s during this phase. It was a 5:07 minute-long whirlwind, however, after the 6-0 spell Milan Aleksic managed to halt Jug’s run, and another goal six seconds from time, for 11-10, gave hope for the visitors before the last period. But Jug didn’t let it go, two fast hits in 58 seconds set the gap back to three goals and when Paulo Obradovic netted his 6th goal of the evening for 15-11, the game was over.

At the same time, in the Adriatic neighborhood – on the other side of the border – another brilliant match took place between Jadran Carine and Szolnok. The first period saw the lead changing constantly but Gavril Subotic’s double within 57 seconds pushed the Hungarians 3-6 ahead early in the second and Szolnok could hold on for 5-8 with a minute remaining from the first half.

However, the Montenegrins managed to pull two back in 43 seconds which promised more excitements for the remaining 16 minutes. But it was Subotic again who did the damage by blasting one from 10 meters in the last second of a possession at 8-9 and this time Szolnok had the better finish by adding two more for an 8-12 lead. Though Jadran’s three left-handed players brought the hosts closer in the third but Bence Batori scored twice in the crucial moments for 10-13 and 11-14 and that secured Szolnok’s win. Precision was decisive: though the young Montenegrins took 34 shots to Szolnok’s 25, but the visitors produced a much better percentage (56 to 35% in efficiency).

Olympiacos netted five goals in as many minutes in the opening period while building a 5-2 lead but Sintez climbed back with two fast goals within 44 seconds still in the first period. In the second the Greeks reset the three-goal cushion at 8-5, still, the Russians stayed close and late in the third.

At 8-6, they had a penalty but Nikolay Lazarev hit the post from the 5m line, fifteen seconds later Konstantinos Genidounias sent the ball home from the ensuing counter so it was 9-6 instead of 8-7 and that proved to be decisive. The Greeks arrived with a 10-7 lead to the last quarter where they couldn’t score any more – missed a 6 on 4 and three man-ups – but the Russians found the back of the net only once, then also missed three extra men so Olympiacos claimed its second win.

Spandau began the game in Split in a stunning mood, the Germans took a 1-4 lead, their goalie, Laszlo Baksa stopped a penalty en route – and that start determined the remaining of the match. The hosts had other plans perhaps but from that point they had to chase the Germans who always found the way to score and staying in front. Spandau was still 6-9 up in the third but Jadran climbed back and amidst a flood of goals (five in the last two minutes) they could reduce the gap to a single goal at 10-11. And finally they caught up their rivals in the fourth, when Rino Buric scored his second in 80 seconds for 12-12 it was still 3:12 minutes to play.

The Croats had some fine chances but Baksa was up to his task, his last catch (the 15th in the match) saved at least a point for the Germans in the dying seconds. This encounter was also a true offensive festival with 65 shots in 32 minutes (35-30 to Jadran) – as all four games of Group A with 96 goals scored in total.