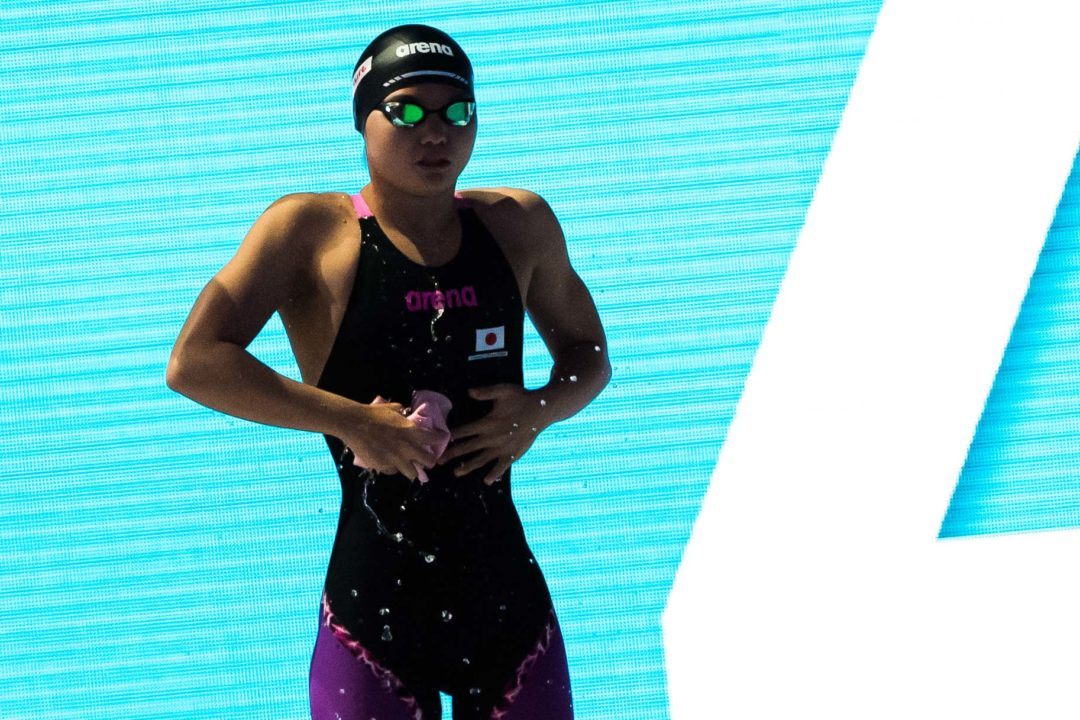 4 exciting storylines to take away from ISL 2020's third match in the second weekend of competition, including a huge ISL Record from Tokyo's Suzuka Hasegawa. Current photo via Mike Lewis/Ola Vista Photography

On the second day of ISL Match 3, the debuting Tokyo Frog Kings almost pulled off a defeat of season 1 finalists LA Current. Going into day 2, the Current had a slight lead over the Frog Kings and managed to hold them off, ultimately winning the meet. The meet was also the first chance we got to see the new franchise the Toronto Titans get their first shot at the competition in the league. In their first-ever meet, the Titans ended in third. The Aqua Centurions felt the effects of a weakened women’s team and wound up in last place. We’ve rounded up four interesting storylines from the meet;

It doesn’t take any amount of analysis to determine that the LA Current scored more points than the Aqua Centurions. Looking deeper into the scoring breakdown, however, reveals that LA Current’s Beryl Gastaldello managed to outscore Aqua’s entire women’s contingent.

The new jackpot format is responsible both for Gastaldello’s high scoring and Aqua’s low scoring. In nearly every event, some of Aqua’s points were stolen by the top finishers and in some cases, both swimmers got their points stolen. Namely, in the women’s 200 fly, 100 back, 100 IM, 50 fly, 400 IM, and 200 IM, both of Aqua’s swimmers were outside of the jackpot margin.

Last year, it was mostly the skins events that provided the main point disparities in the league last year, but Beryl v. Aqua Women showed just how severe the disparities can be under the new jackpot system.

One of the most successful swimmers at last year’s ISL finale meet, Daiya Seto transferred from Energy Standard to Tokyo Frog Kings this year. In the team’s debut meet, however, he pulled out last minute due to an ethics code suspension unrelated to swimming by the Japanese Swimming Federation (JASF) earlier this month.

In the wake of the Frog Kings narrow loss to the LA Current, we are left wondering – what if Seto was there?

The final scores for ISL 2020 Match 3 left Tokyo 29 points behind. Had Seto been there in full form, it may have been enough to close that gap. His three main events; the 200 fly, 200 IM, and 400 IM may have been all the Frog Kings needed to earn an extra 30 points and take the win.

If we sub in Seto’s 2019 ISL finale for the slower of Tokyo’s swimmers in each event, Seto would certainly shake things up in the field.

If Seto swam a 1:50.76 in this race, he would win (9 Points) and jackpot Knox, Pasynkov, and Papastamos (6 Points) bringing his total to 15. Hagino would notch a second-place 7 points, bringing the team total to 22. Seliskar and Hvas would be pushed to third and fifth place, respectively, resulting in an 8 place haul, stead of their actual 12.

For this event, Seto’s 2019 time would get him a first-place swim and would be a significant jackpotting. The range is 4.4 seconds, meaning anyone slower than 1:53.17 would have their points stolen. That would mean Seto would score 9 points for the win, and get de Deus, Lelliott, Pratt, and Heidtmann 10 points, bringing the total his total to 19. Honda would rake in an additional 6, meaning a team total of 25. Since Shields would now be second, he loses all of his jackpot points is left only with 7 points total. Jacob Heidtmann would remain jackpotted with 0 points.

This is the race that would seal the deal for the Frog Kings. If Seto had swum his time from last year’s meet, he would not only win the event, but he would jackpot everyone in the event other than his teammate Kosuke Hagino. That means he would get 9 points for winning and an additional 21 points for jackpotting. Adding in Hagino’s 7 points, Tokyo would score  37 points in the event. In the hypothetical scenario, both LA swimmers get jackpotted meaning that instead of the 10 points they scored here, they would get 0.

Assuming Seto swims these times, and no other factors change, that gives the Frog Kings an additional 32 points and leaves LA with a loss of 19 points. This result of this point shift would be Tokyo ending the meet with 538.5 and LA with 516.5 – giving Tokyo the win. In fact, Seto’s presence and assumed time in the 400 IM alone would have enough of an effect to render the Frog Kings victorious. These are some big assumptions to make considering we don’t know what kind of form Seto would have been in, but it shows that he definitely would have made an impact had he been there.

Beryl Gasteldello and Abbey Weitzeil secured their team’s victory when they went 1-2 in the women’s skins event. It was Michelle Coleman who delivered the fastest time in the field with a 23.90 in the first round, but she got knocked out along with Lidon Munoz in the second round, leaving only the LA women.

This means that despite Gastaldello’s victory in the final round, Weitzeil actually earned one more point than her teammate since Gastelldello placed 3rd and 2nd in the first and second rounds, respectively.

By the way – through 3 matches, the team that has chosen the ‘skins’ event has won that event every time.

In a second day that featured a head-to-head battle for the top spot between Tokyo and LA, the 200 butterfly was an important and exciting factor. In the men’s race, Tokyo’s Naoki Mizunuma was first at the 100, splitting a field-leading 52.39. Ultimately though, Mizunuma fell to sixth, leaving the top spot for LA’s Tom Shields. In his sixth win of the season, Shields raced to a 1:50.55 and collected 12 points along the way, contributing to his team’s match win. Right behind him was Tokyo’s Tomoru Honda who was 4th at the 100 but came back to take the second spot and 7 points.

In the women’s event, Suzuka Hasegawa asserted herself as a 200 fly powerhouse for the Tokyo Frog Kings. Last season, Hali Flickinger had the top time in the league with a 2:03.81 but that was no match for Hasegawa’s winning 2:03.12 today. The new ISL record secured Hasegawa 19 points as she jackpotted the bottom 4 swimmers. Between her 19 and Sakiko Shimizu’s second place 7 points, the women’s 200 fly gave the Frog Kings some early motivation in their Day 2 quest for the top spot.

Gastaldello lives for scm. You won’t see her anywhere in the big pool.

She’s got great underwaters for sure, but hoping that she translates that to LCM for Tokyo. Big fan of hers after these first 2 weeks.

Obviously not everyone is going to translate scm success into lcm. But all the extra elite racing and confidence these scm stars get just may help some of them when it comes to the big pool. I think it will be very good for someone like Gastaldello in the long run.

Frog Kings on top next season!

This was a much closer team race than 1 and 2. I wonder if for match 3 removing jackpot times would actually change who finished first (maybe would be analyzed in a later article.).

No, the order remains the same but it’s a bit closer.