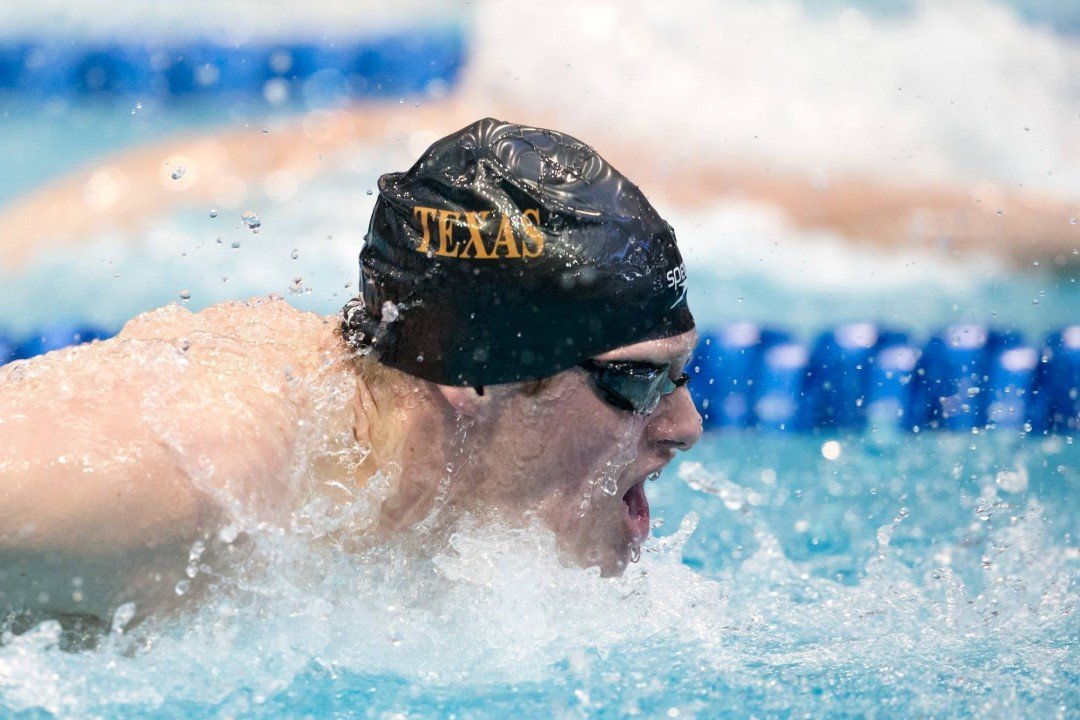 American Jack Conger got out-touched for gold on the final night of the World University Games in what was one of many very close finishes. Archive photo via Tim Binning/TheSwimPictures.com

If ever we needed a reminder of how important are finishes are at the end of a race, day 7 of the World University games provided the best possible example.  In both the men’s and women’s 4x100m medley relays the United States were a combined 0.31 from sweeping both relays with the men’s team 0.06 behind Russia and the women 0.25 behind Italy.

This has been an unusual trend for the United States who are used to winning nail biting finishes. Jack Conger has now been out-touched twice in this meet from a gold medal and perhaps goes to show that the other nations are starting to nails the skills that ultimately culminate in topping the podium. Furthermore Paul Powers was 0.12 from the gold in the 50m freestyle further demonstrating a frustrating night for American Sprint freestyle.

However there was a lot of success on the endurance side of swimming for the USA on the final day with Lindsay Vrooman and Jay Litherland taking the 800m freestyle and 400Im respectively. Litherland, in particular demonstrated how effective a strong freestyle is in the individual medley, splitting a 56.42 on the final leg to out touch teammate Josh Prenot.

The outstanding freestyle split of Jay Litherland has possibly shown the swimming world a glimpse of his toughness and his possible threat to the likes of Tyler Clary and Chase Kalisz for the 400Im at Olympic trials.

Pushing the backend of races has been one highlight for the United States throughout the week with notable examples coming from Prenot in his 200m Breastroke and 200Im and Reed Malone in the 400m freestyle.

The last night of pool swimming at the World University Games has demonstrated the importance of staying strong at the end of the races right down to the final touch. Both medley relays will have learned valuable lessons on the importance of nailing finishes and hopefully these near losses serve as great lessons for the World Championship medley relay teams when they step up against the world in Kazan.

Another thing they might work on would be their starts. The reaction time totals of the 4 swimmers in the finals of the top 3 teams in the 400 M.R today were:

Looks pretty damning when you look at how much they lost the relays by.

Obviously finishes are important but it didn’t appear as though Vreeland or Conger had bad finishes. They wach were playing catch up, and just ran out of room. If you want to argue that Conger has had trouble getting his hand to the wall first, that’s another story, but their finishes look good to me. A Few things to consider when finishing. 1. You’ve paced your swim so that you have just enough left to maintain your speed into the wall. If you go out too fast, and die, your finish will suffer. 2. Most people put their heads down and don’t breath going into the finish on fly and free, but sometimes restricting your breathing the last 7-10m can… Read more »