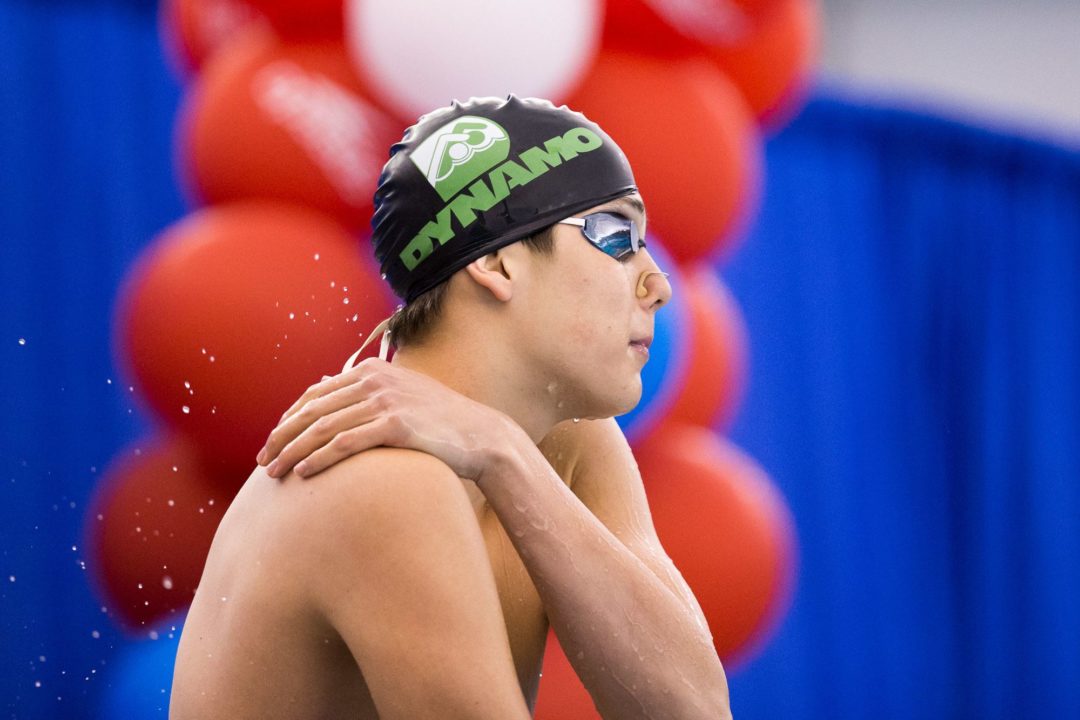 After the final day of pool swimming competition at the 2015 World University Games in Gwangju, South Korea, the United States stayed on top of the medal table with an unprecedented 15 golds, 10 silvers, and eight bronzes. Archive photo via Tim Binning/TheSwimPictures.com

After the final day of pool swimming competition at the 2015 World University Games in Gwangju, South Korea, the United States stayed on top of the medal table with an unprecedented 15 golds, 10 silvers, and eight bronzes.

With a grand total medal count of 33 medals, the Americans broke the record for the most medals won at the World University Games. In 2007 team USA set that record with a total of 27 medals.

Paul Powers grabbed the first medal of the night for the Americans, taking home the bronze in the 50m freestyle with a 22.34 performance. Emmea Reaney tied for bronze in the 50m breaststroke shortly after with a time of 31.11.

Grabbing yet another bronze for Team USA, Hali Flickinger swam a 2:08.80 to finish third in the women’s 200m butterfly final. It was Flickinger’s medal that solidified Team USA’s triumph over breaking the record for most medals won at a single edition of the World University Games. With Flickinger’s bronze, the Americans were at a total of 28 medals, however they were not done there.

The first gold of the night came in the women’s 800m freestyle. American Lindsay Vrooman threw down a top notch time of 8:26.67 to put a scare on the games record and come first.

After Vrooman’s performance the Americans went 1-2 in the 400m IM. Jay Litherland won the final in 4:12.43 with Josh Prenot right on his tail. Prenot swam a 4:13.15 which was good enough for silver.

A bronze in the women’s 4x100m medley relay and a silver in the mens brought Team USA’s total medal count to 33.

McGill many wug times were even slower than Jr Olympics and Jr worlds. Many of wug swimmers from many countries are not young. 20 21 22 are not young guns. They are adults who may yet improve but there are 16 17 year old kids much faster and with world class times already.

The popular perception is that the US is struggling now and is even losing their grasp on the title as the top performer on the Olympic stage. Many have predicted that the US relays will falter and perform to less than the usual expectations, and that the country is in trouble. 2014 might have been a down year for the US, but I think that was an anomaly.

I think these results show a promising picture. Despite the world getting deeper and deeper, the US still set the all-time games record for both medals (impressively, though the number of events has been inflated due to the stroke 50’s and 800, the US won only 1 medal on the added… Read more »