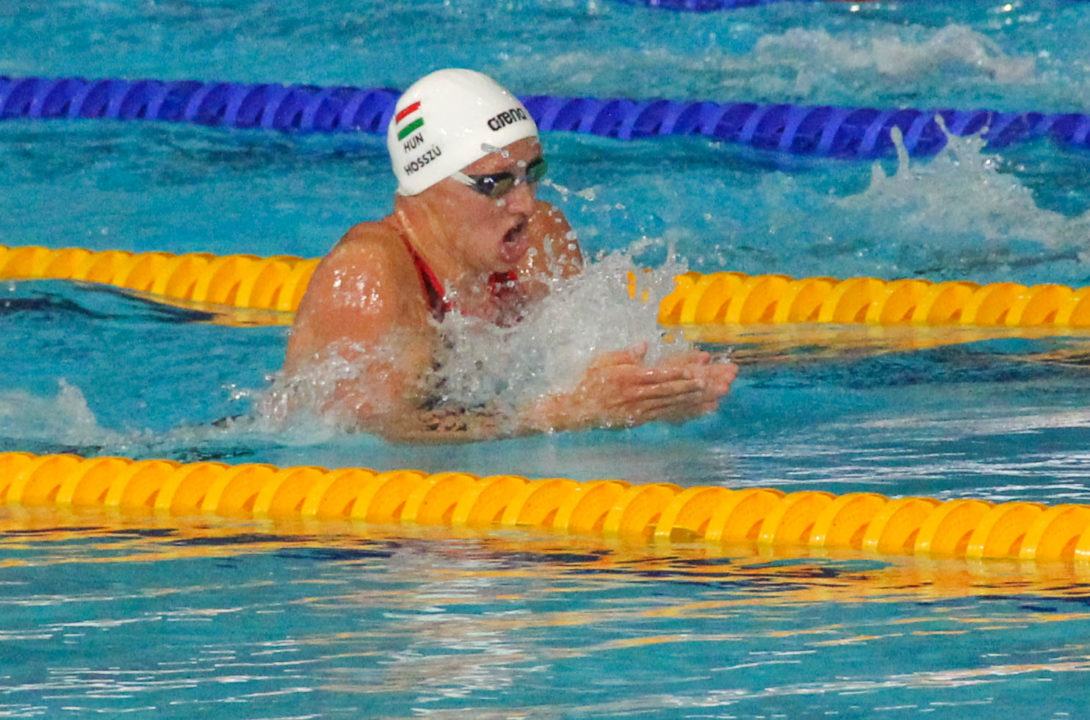 Katinka Hosszu is a single event win away from becoming the third swimmer this year to crack six figures in World Cup earnings. Meanwhile Vladimir Morozov‘s $126,400 still leads all earners this season.

Hosszu earned $7,000 in prize money in Tokyo, highest among all women. That was thanks in large part to four event wins, plus two more minor medals. The only bigger earner in Tokyo was Xu Jiayu, who made $14,500, but made $10,000 of that thanks to a world record in the 100 back. Hosszu has made $98,700 this season, and is essentially guaranteed to break six figures if she competes at all in Singapore.

The 9-meet series is broken into 3 clusters. Each cluster awards bonuses for the top 8 athletes in points over those three meets. An athlete must swim all meets in the cluster to earn a cluster bonus:

The prize money is awful. Can the not get anyone to attend the meets? Are the meets not broadcast?