Wagner’s Adrianna Warning Tabbed as NEC Diver of the Week 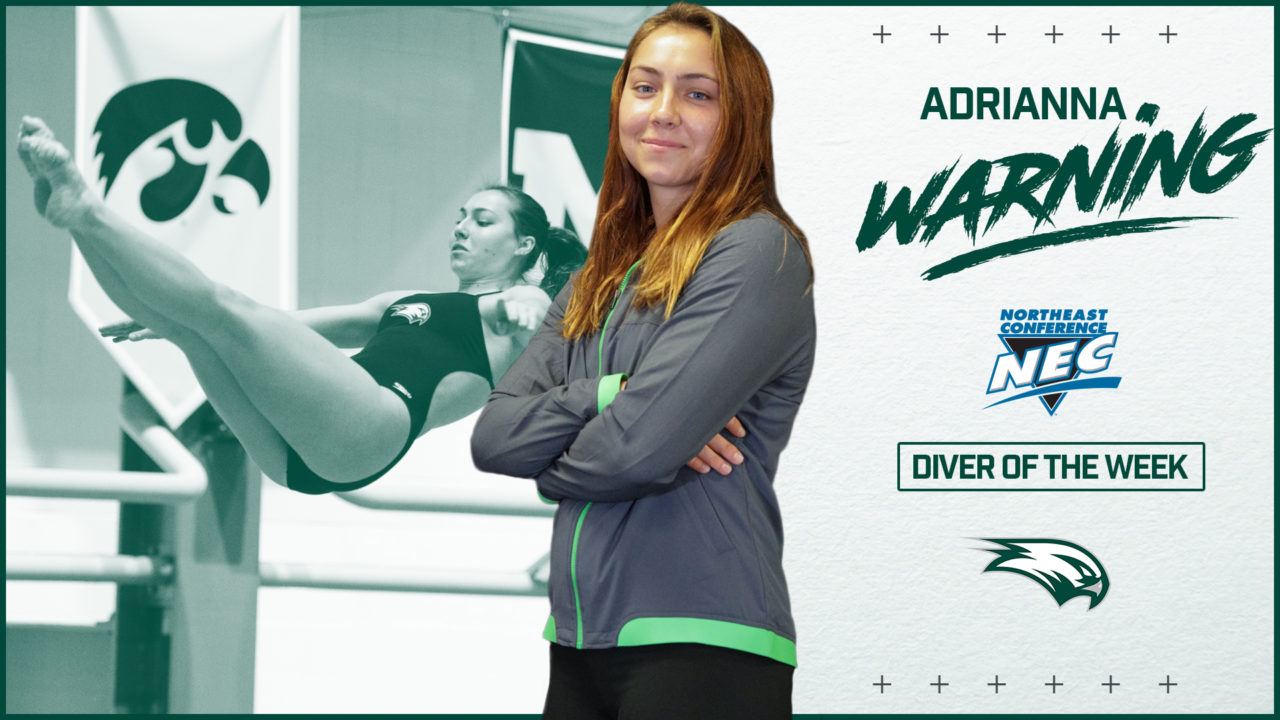 Senior Adrianna Warning of the Wagner College swimming and diving team has been named the Northeast Conference's (NEC) Diver of the Week for the second time this season following her record-shattering performance last Saturday at Siena. Current photo via Wagner Athletics

SOMERSET, N.J. – Senior Adrianna Warning of the Wagner College swimming and diving team has been named the Northeast Conference’s (NEC) Diver of the Week for the second time this season following her record-shattering performance last Saturday at Siena, the league office announced today.

Warning set both school records in the diving competitions, becoming the first Wagner diver in program history to qualify for the NCAA Zone diving meet on both boards

The senior broke her own school record in the 3-meter diving competition with 314.04 points, while also setting a new pool record at Siena and shattering her previous mark (256.50 points) by almost 60 points in the process. Warning then broke Sam Lavrich‘s 1-meter record (244.45 points), which was set in 2016  with 284.6 points.

The Nevada native earns the NEC’s weekly honor for the second time, previously earning the award for her sweep on both boards at the season-opening Iona Quad meet last month.

As a team, the Seahawks won eight individual races and both diving boards on the day, giving them victories in 10 out of 16 possible events in earning their sixth dual meet victory of the season.

Wagner will travel to Rutgers on Friday to take on the Scarlet Knights and NEC foe LIU Brooklyn, starting at 6 pm.