Who Would Win a New England vs. Philly Swimming Super Bowl LII? 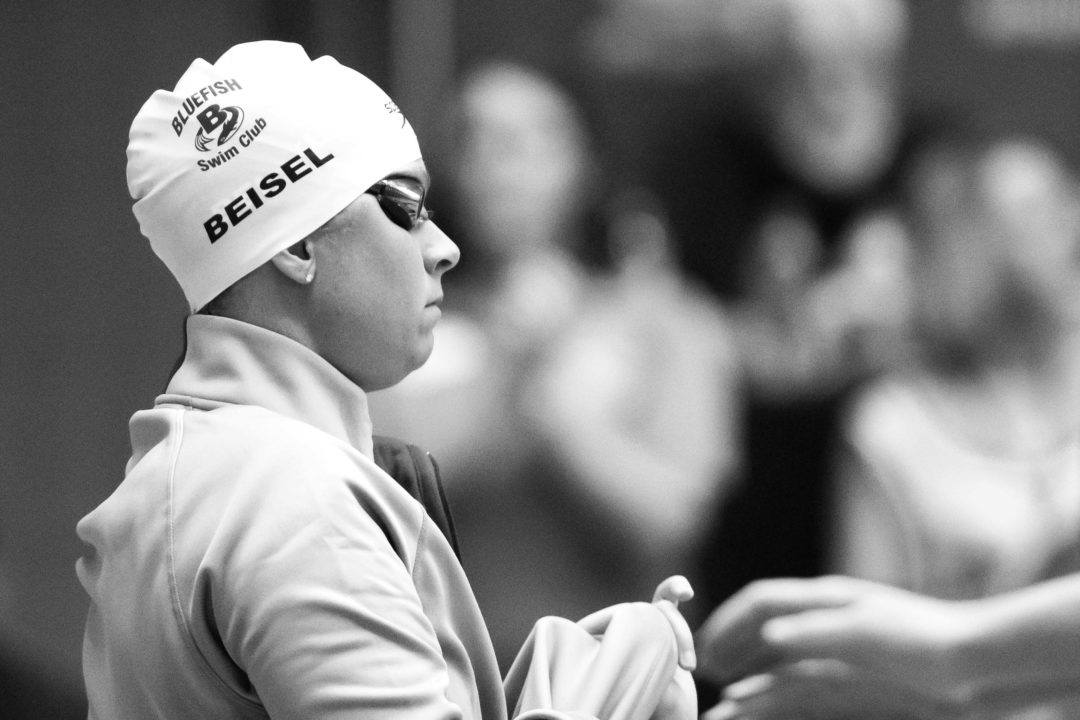 What would happen if New Englanders Jenny Thompson and Madison Kennedy swam on a relay for the Patriots, against a team of Eagles fans? Let's defy space and time to stage a Swimming Super Bowl LII dual meet. Current photo via Mike Lewis/Ola Vista Photography

As the sporting world gears up to watch tonight’s Super Bowl game between the Philadelphia Eagles and the New England Patriots, we here at SwimSwam like to ask the big questions. Most importantly: who would win a dual meet between Patriots and Eagles fans?

If we stick to just current USA Swimming National Teamers, then our rosters are:

This is not all that exciting, and the Eagles would win this Swimming Super Bowl based on roster size alone, especially given that Beisel has been out of the water since this summer. However, what if we expanded the roster to include non-national teamers and now-retired swimmers?

So, after pulling national teamers and prominent swimmers from 2000 to now, the teams shape up to be a little more equally. Most events of this hypothetical LCM dual meet seem to have an obvious winner, if we consider each swimmer at the height of their career. However, since our meet has such a limited group of swimmers, it would seem unfair to score past first place. Scoring only first place levels out Team Eagles’s extra swimmers, considering that three team members are male breaststrokers and three team members are female distance swimmers.

Who did we forget? Let us know in the comments.

Women’s sprint free: Patriots – Between Madison Kennedy and the great Jenny Thompson, this is a no-brainer. The edge would actually go to Madison Kennedy at the height of her career, compared to former world record holder and most decorated female Olympian of all time Thompson, due to advances in the sport. Kennedy has been 54.18 in the 100 free, while Thompson’s 1992 world record was 54.48.

Women’s distance free – Eagles – Easily a sweep of Runge, Schmidt, and McHugh. However, this doesn’t score a sweeps-worth of points for the Eagles, since it doesn’t make sense to score this tiny meet past first place.

Women’s fly – Patriots – These events go to Jenny Thompson, easily, unless Beisel decides to take on the 200, in which case, it’s still a 1-2 finish for the Pats.

Women’s back – Patriots – Beisel with the win again.

Women’s IM – Patriots – Beisel is getting a little tired at this point, but Allyson McHugh and Sierra Schmidt would not be able to take her down at the height of her career.

Women’s 400 free relay – Now here’s a race. We have Kennedy/Beisel/Thompson/Kennedy taking on Schmidt/Kowal/McHugh/Runge.

Thompson’s 1992 World Record was 54.48, while Kennedy was 54.18 at the 2016 Olympic Trials. We’ll have Kennedy swim twice, and assume that puts her slower than her best and closer to 55. Beisel’s fastest time in the USA Swimming database is a 58.20 from 2010. So, given the fastest time for each swimmer and handicapping Kennedy for swimming twice, the times add out:

Given that Kristy Kowal was a breaststroker who hardly ever swam freestyle, and looking at the other splits, we’re going to give this one to the Pats, even with Madison Kennedy swimming twice.

Men’s IM – Patriots – Erik Vendt would make easy work of the IM events, even with youngster Abruzzo as his challenger. Vendt was 4:11 at 2000 Olympic Trials in the 400 IM, compared to Abruzzo’s 4:23.

Given these (slightly arbitrary) event selections, and the Eagles’ team composition of mostly breaststrokers, this dual meet would definitely go to the Patriots. Though the Eagles have a star-studded roster, and a handful of current National Teamers, their over-reliance on men’s breaststrokers and women’s distance swimmers isn’t ideal for a dual-meet format.

How is Fran Crippen not a legacy for team Philly

Sorry – Fran Crippen goes on Philly team. They win in a landslide w all the Crippens and GA swimmers (Wharton, Berkoff, Maddy C)

If you’re going to draw from an entire region for New England, you might as well cross the Delaware river and put Kelsi Worrell on team Eagles.

what about Kelsi Worrell – grew up 20 min from Philly in NJ. definitely beats Thompson in fly

Shane Ryan was born and raised just outside of Philly – WUG gold medalist. And if you take all of PA you pick up Leah Smith (but she’s more likely a Steelers fan from outside of Pitt).

And of course David Nolan from Hershey, although he hasn’t quite broken out internationally.

All of PA isn’t something that can be claimed for the Eagles squad. Foul on the Smith pick-up. Hershey is debatable. However, most are happy to gang up and go against the Pats.

Typical super bowl being rigged for the patriots

As it turns out, legacy players don’t count.