Williams Gets It Done: Breaks D3 400 Medley Relay Record in Prelims From Heat 1 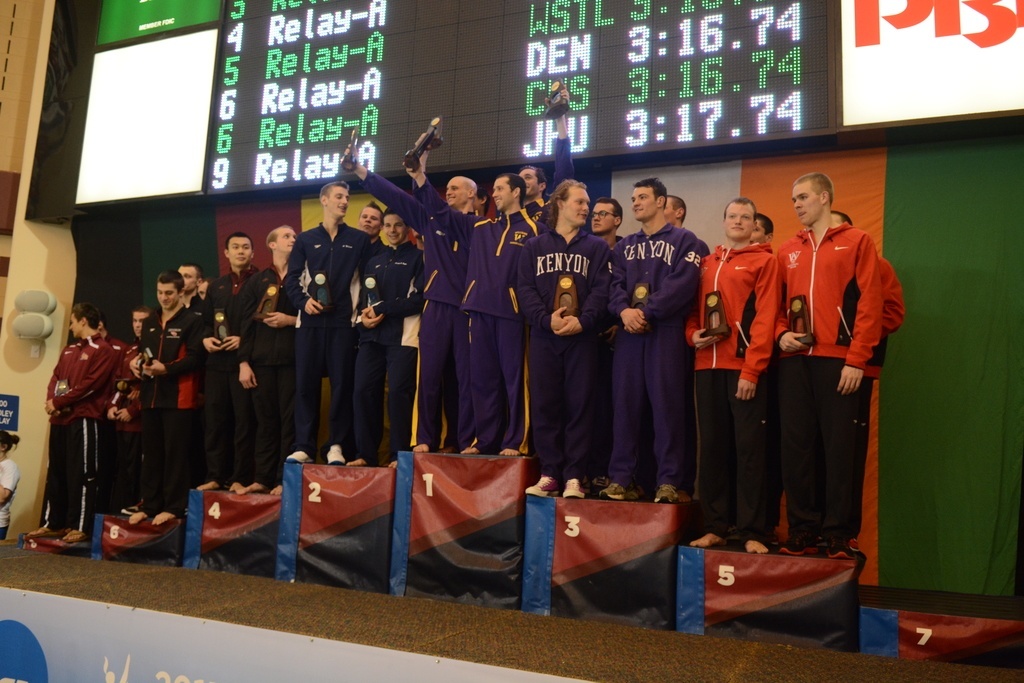 Don't let being in heat 1 stop you from cracking a National record, just like the men's 400 medley relay team from Williams did. Current photo via City of Shendoah

Just because you’re in the first heat doesn’t mean you can’t set a new national record. Williams quartet Ben Lin, Jake Tamposi, Thad Ricotta and Alexander Nanda proved that with their blistering race this morning right out of the first heat of prelims. The old NCAA record was set in 2012 by a Denison team, and the Ephs flew past like there was no tomorrow, leading nearly from start to finish. Their final time was a 3:14.84.

In what is beginning to feel like a trend, another team also slipped under the existing NCAA record, doing so from the final heat. Emory put together a 3:14.87, just .03 slower than the team from Williams.

Given that teams usually change relay squads for for finals, it’s going to be interesting to see if either group alters their lineup for tonight.

btws, look at the times of the relays it was a back and forward race between Williams and emory. emory breast went 51.

Kind of. Emory and Williams swam in two different heats, so Williams’ swim was out in front in the heat it was swum in, just as Emory’s prelim relay was out in front in its heat too.
And that breaststroke leg was Andrew Wilson. He’s on track to do some fun things this weekend.

Hannah,
It was my understanding that in D3 college swimming, those swimmers that qualify the relay must swim the relay at NCAA. Is that true? If so, we shouldn’t see any lineup changes tonight.p

D3FAN, While it’s true that if a swimmer qualifies on a relay he must swim on it at the NCAA meet, swimming just the prelims counts as having swum the relay. Occasionally – often – teams will switch out athletes to try to go faster in the evening. Clearly not the case here since the same quartet that put up the record time in prelims did so even faster at night. Also, with how fast D3 has gotten, some teams don’t want to take the risk of not making it back to the A final by fielding a less-than-stellar prelims relay and just count on their guys – and gals – to be able to step it up in the… Read more »

Thanks for the explanation!

Anybody else see the Williams backstroker went past 15m on the start? Funny that the officials didn’t catch that considering how many DQs they’ve been giving out for relays the past couple days.