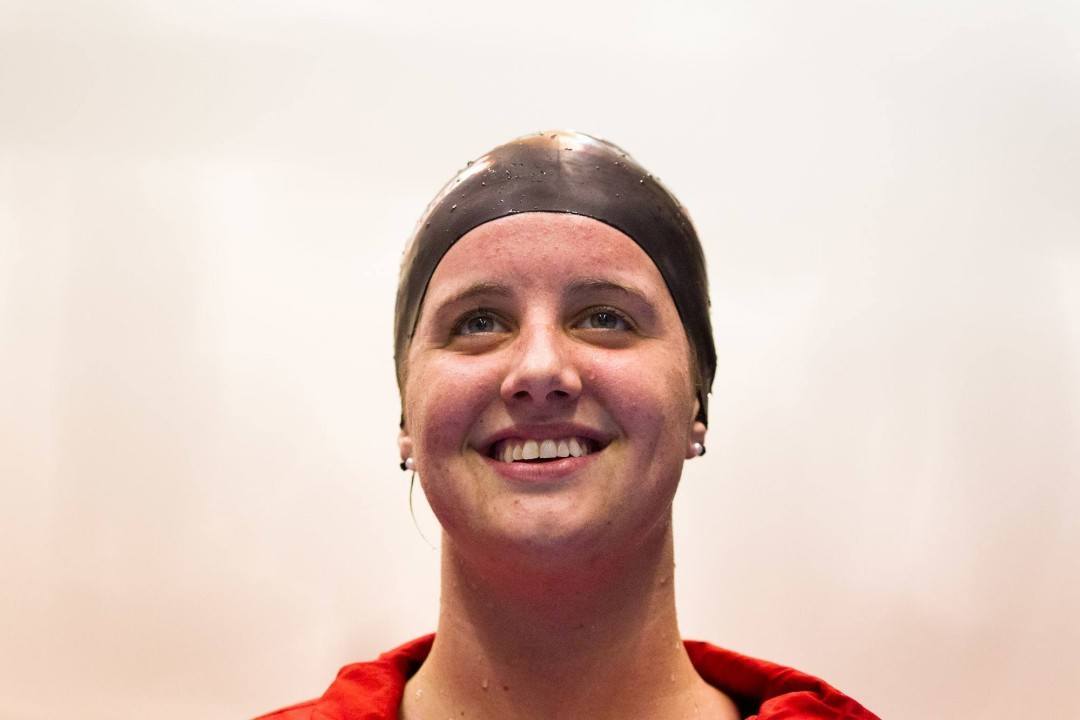 Led by Amber McDermott, the 2nd seed, the Georgia Bulldogs had the best morning of anybody at the 2015 Women's NCAA Swimming & Diving Championships. Archive photo via Tim Binning/TheSwimPictures.com

It was clear to all observers that the Georgia Bulldogs had the biggest morning of anybody on the first day’s prelims at the 2015, but the true numbers are staggering.

Below, we’ve scored out what the tallies would be if points were awarded in prelims. The Georgia women are now projected to score 186 points, as compared to just 116 coming in (diving excluded from both counts). That’s a 70-point improvement on seed in a single day, which is more than they improved in all of last year’s NCAA Championship meet.

Meanwhile, the Cal women, who came in with the most seeded points, dropped 13 points from seed, though they have a lot of opportunities to return that to at least neutral footing in finals.

Coming into the meet, Cal was seeded 137 points better than Georgia, without accounting for diving (Georgia has that, Cal doesn’t). This day could eat up half of that margin with two days of competition left to go.

Nobody has won or lost this meet yet, but at the very least, Georgia made a big statement that this would be a more competitive competition than it appeared on paper.

Those two teams are pulling away from the field, with Stanford, Louisville, Virginia, Texas A&M, and the impressive Wisconsin Badgers chasing.

The biggest slide on the day versus seed came from the Florida Gators, who lost 51 points as compared to seed. They will only have a single swim in finals on Thursday – Jess Thielmann in the A final of the 500 free.

The Bulldogs came to win, not just swim. Go Dawgs!

What is the expected point difference with the diving added in? Even if the points were subjective it would still give a rough idea of how close things could get.

Georgia has a good track record of being not just physically prepared for this meet but mentally as well. Evidenced not just by those expected to get into scoring position but things like squeaks into 8th from the non-circle heats (Zilinskas), swim-off wins after a packed morning (Zhu). I would posit this is supported by great coaching, strong leaders among the team, and a healthy institutional memory of what is required to do well at this meet.

Obviously not the only team with these factors. I am surprised to see UVA down vs psych sheet points given the marquis prelim races from Smith and the 4mr. Seeing your teammates drop time in the 5hondo out of the gate has… Read more »

that last sentence says it all Daaaave 🙂 🙂 🙂

Georgia really got it done this morning. Looking ahead, I have Georgia with 9 up, 10 down on Friday and Saturday. Cal with 14 and 5. This looks to be a two team race, and it should be a close race.

Georgia… SMASH… Bobo must be pleased.