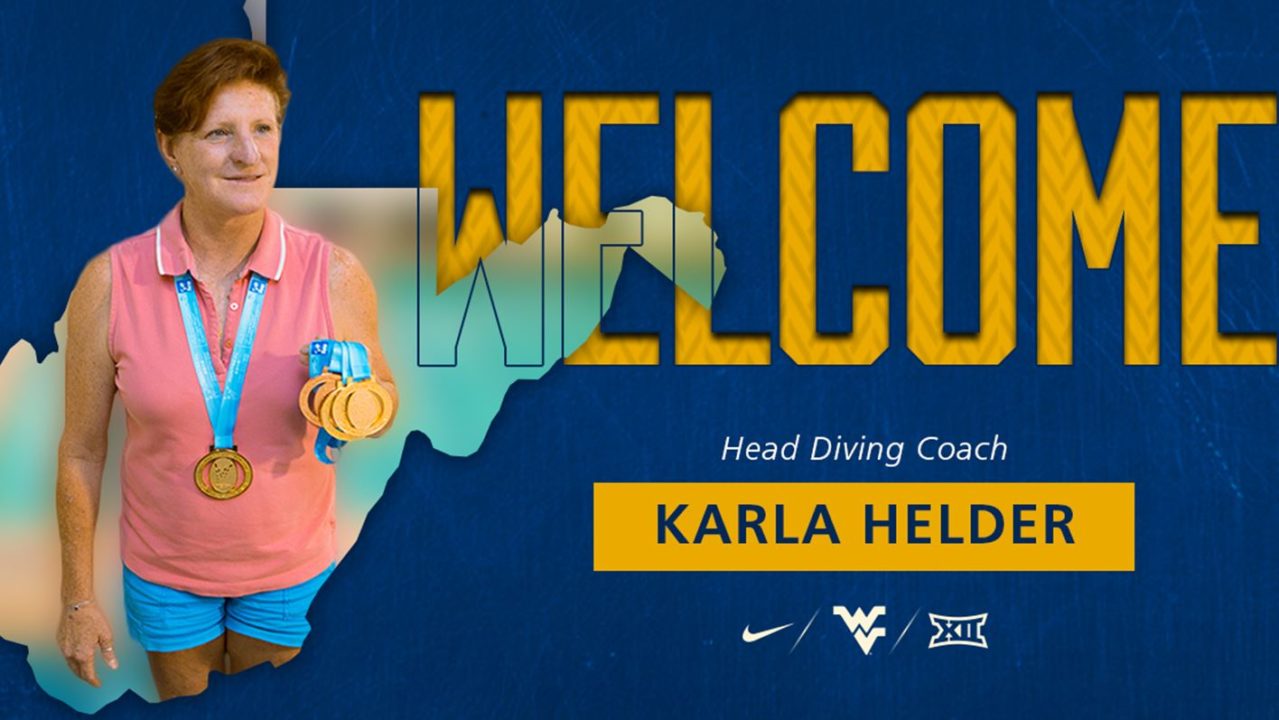 West Virginia University has announced the hiring of Karla Helder as the program’s new head diving coach. She takes over for Michael Grapner, who spent the last 10 seasons leading the Mountaineer divers.

Helder spent the last 2 seasons as the head diving coach at San Jose State University, where she led every diver to personal best times on both the 1-meter and 3-meter springboards. During her time there, she also served as the assistant diving coach and developmental coach for the Santa Clara Diving Club.

Prior to that, she spent 12 seasons as the diving coach at Buffalo. That included coaching 2 divers to the NCAA Championships, the first two in program history, and coached the only diver in school history to qualify for the US Olympic Trials.

“As I started the process of hiring a new coach to lead our diving program, Karla’s knowledge, experience and dedication to the sport of diving, as well as her holistic approach to coaching student-athletes, are what impressed me the most about her in our conversations,” West Virginia head coach Vic Riggs said. “Not only do I believe Karla will challenge our divers to make them the best they can be on the boards, but her approach to mentoring her student-athletes is going to help prepare them for all aspects of their future endeavors. I’m excited to see how our diving program grows under Karla’s tutelage.”

Helder joins the program on an upswing after last season’s first year at the brand new Aquatic Center at Mylan Park, which includes a full diving tower.

The school qualified redshirt sophomore Jacob Cardinal Tremblay and sophomore Nick Cover for the NCAA Championships, which were the school’s first divers to do so since 1983.

In total, 10 Mountaineer divers qualified for the Zone A Diving Championships. That list also included freshman Holly Darling, who broke the school’s platform record in prelims at the Big 12 Championships.

What a great hire for WVU! Congratulations Karla! I can’t wait to see the big things you do at WVU!

I don’t know Karla, but based on resume, sure seems like one heck of a hiring. I’m glad she’s going to get a crack at a Power 5 program to really see what she’s capable of as a coach.

Congratulations Karla. She is one of the best. I had the great opportunity to know her while she coached at Clemson and she was remarkable then. Karla has a wonderful way of talking with her athletes and inspired them to greatness. Great hire for WVU!!

Congrats Karla! Hope we get to have some training and meets this year. Look forward to see you when we do.