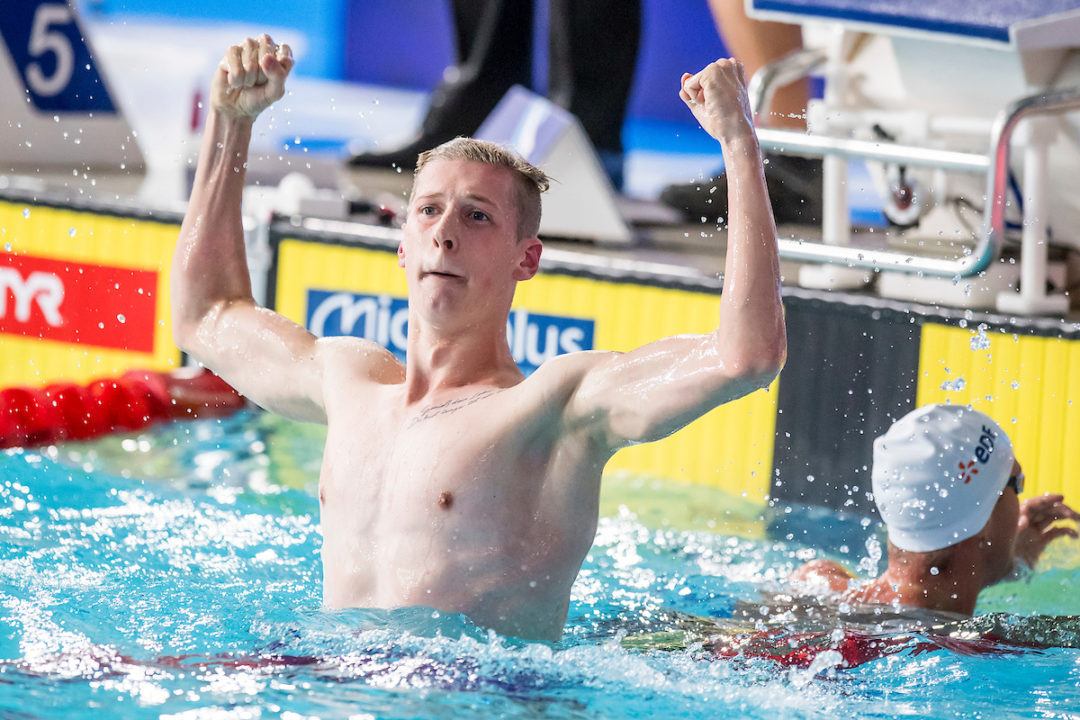 The final day of competition here in Berlin kicked off with a bang, as 17-year-old Isabel Gose produced a new national record in the women’s 400m free to take gold.

Stopping the clock in a mighty 3:58.91, teen Gose’s time checks-in not only as a lifetime best, but also the fastest outing ever put up by a German female. Her time overtook the previous national record of 3:59.12 tonight’s runner-up and newly-minted 1500m free World Record holder Sarah Köhler threw down for silver at the 2017 European Short Course Championships.

Tonight, Köhler settled for silver in 4:00.46, while Julia Hassler rounded out the top 3 in 4:01.54. The top 3 finishers all dipped under the 4:05.00 qualifying time needed for this year’s European Short Course Championships set for Glasgow, Scotland on December 4th-8th. You can read more about Gose’s record-setting swim here.

The men’s 400m free saw the 1500m and 800m victor here, Florian Wellbrock, complete his sweep the distance freestyle events with a winning effort of 3:40.83. That outing easily cleared the 3:43.50 QT needed for Glasgow, as Poul Zellmann, Henning Muhlleitner and Sven Schwarz will also be joining him.

Zellmann secured silver in 3:41.20, while Muhlleitner took bronze in 3:42.14. For Schwarz, although the teen finished off the podium, he produced a 3:43.17 lifetime best to establish a new German Age Record for 17-year-olds. That was after he put up a new World Junior Record in the 800m free last night, which you can refresh yourself on here.

Another German Age Record went down tonight, courtesy of 19-year-old Angelina Köhler in the women’s 100m fly. Köhler stopped the clock in a mark of 56.95 to get her hand on the wall first in a time just over half a second off of the national record.

Marius Kusch topped the men’s 100m fly podium easily in a mark of 50.21, beating Ramon Klenz and his silver medal-worthy effort of 51.24, while Heintz followed up his 100m IM victory tonight in a bronze here in 51.36.