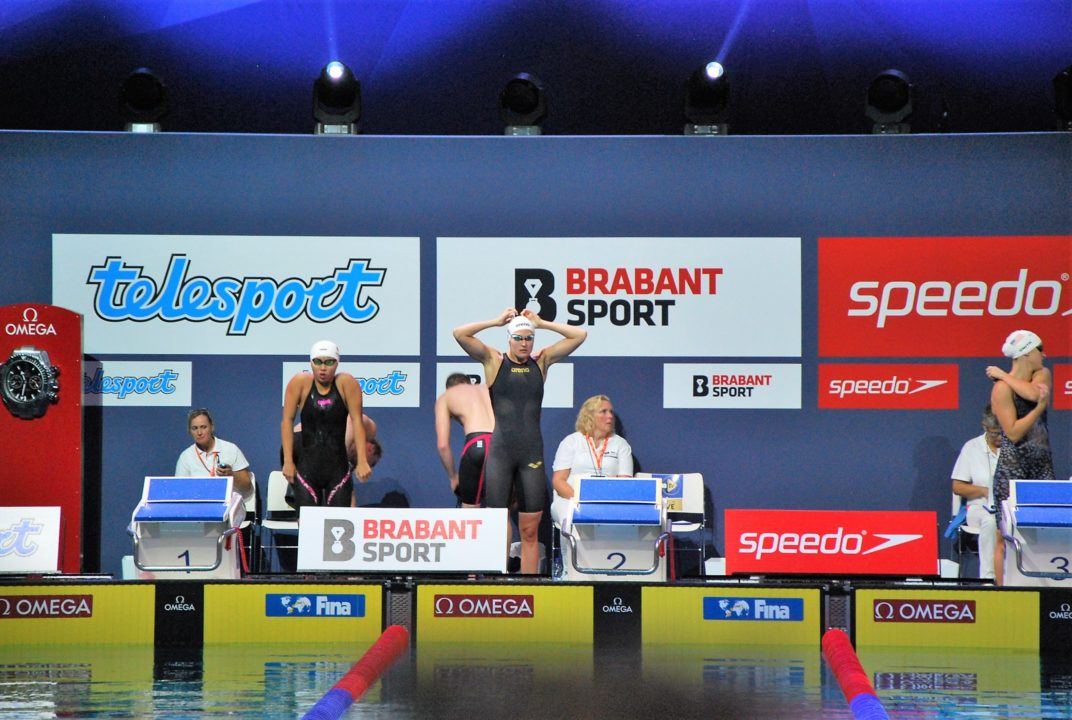 Catch up on day 2 of the 2019 German Short Course National Championships, where swimmers are vying for spots on the Euro SC roster. Archive photo via Daniela Kapser

Day 2 of the 2019 German Short Course National Championships brought a heated men’s 400m IM battle that went all the way down to the wire.

Fighting for the top 3 spots all the way were Marius Zobel, Fynn Minuth and Ramon Klenz, who were all neck-and-neck throughout the grueling event. When all was said and done, however, it was Zobel who got his hand on the wall first, stopping the clock in a time of 4:07.40, a new personal best by over 7 seconds.

All 3 finishers easily cleared the minimum time standard of 4:09.50 needed to qualify for this year’s European Short Course Championships slated for December 4th-8th in Glasgow, Scotland. For Zobel, it’s the 19-year-old’s first senior German national title of his career.

The other eye-popping race came in the women’s 200m free, where every swimmer in the A-final dipped under the European Short Course Championships qualifying mark.

Leading the way was the women’s 100m freestyle gold medalist from last night, Annika Bruhn. She nailed one of two sub-1:55 second outings in tonight’s battle, getting atop the podium in a mark of 1:54.35. That hacked about a second off of her previous personal best of 1:55.31 produced in Hangzhou to place 13th out of the heats at the 2018 Short Course World Championships.

Behind Bruhn tonight was teen Isabel Gose, who continues to impress across the freestyle races. Already a multi-European Junior Champion in the 100m, 200m and 400m freestyle events, the 17-year-old continued her run here, stopping the clock in a time of 1:54.64 to take the silver by less than half a second.

Like Bruhn, Gose had never before been under the 1:55 barrier, owning a previous lifetime best of 1:55.37 from last year.

Another teenager in Maya Tobehn, the 100m free silver medalist and 200m free bronze medalist from the European Junior Championships, earned Glasgow qualification as well. Tobehn cleared the QT of 1:56.90 with ease, notching 1:55.74 for 4th place.

The women’s 200m back saw Jenny Mensing race her way to a title, stopping the clock in 2:05.34. That edged out Nadine Laemmler‘s time of 2:05.77, setting these two women well apart from the competition who were in the 2:07 territory after the top 2 finishers.