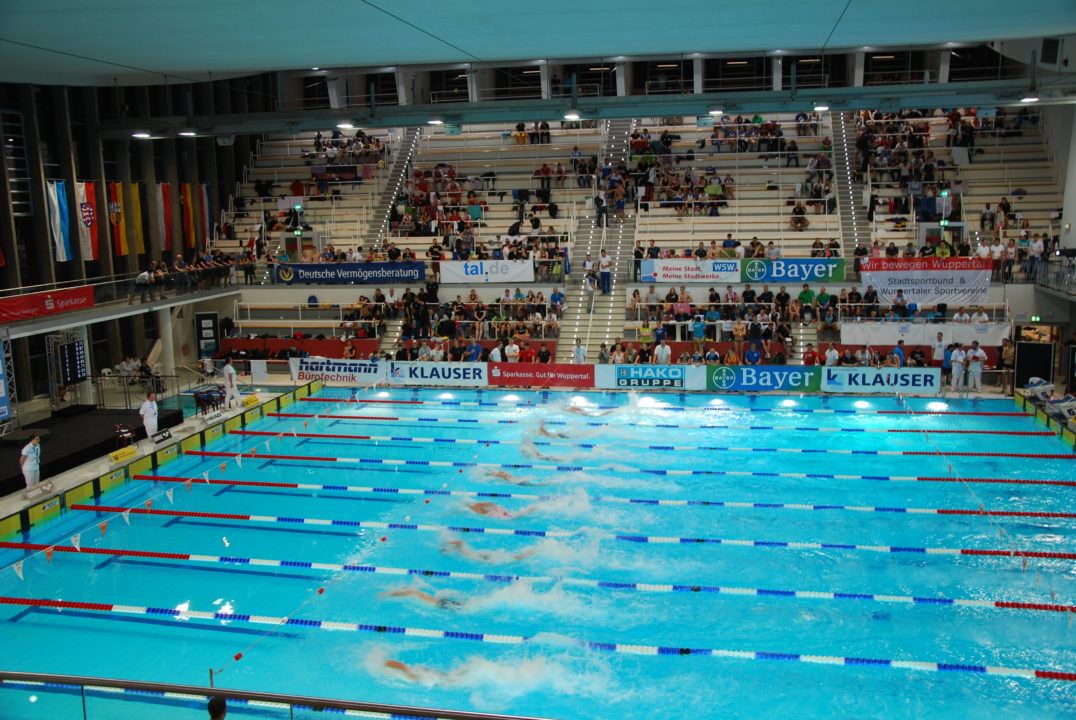 Day 3 of the 2019 German Short Course National Championships has seen a whirlwind of records, as Sarah Köhler blew away the World Record in the women’s 1500m freestyle event, while Florian Wellbrock crushed a new German national mark in the 800m free.

Joining Wellbrock on the podium in that 800m free race was 17-year-old Sven Schwarz. Stopping the clock in a time of 7:36.00 behind Wellbrock’s 7:32.04, teen Schwarz not only checked-in with a German Age Record, but he also established a new World Junior Record with his swim.

The WJR mark has remained at the initial FINA-established benchmark of 7:41.51 that’s been on the books since 2014. Norway’s Alexander Norgaard came close with his PB of 7:42.73 from 2018. But Schwarz blew it wide open tonight with his big-time sub-7:40 swim.

Splits for Schwarz’s historic race are below:

Although Schwarz has never been under 7:40 before, his resume does have a previous lifetime best of 7:40.60 listed from 2018’s Internationale Deutsche Kurzbahnmeisterschaften. That swim would have represented the World Junior Record but was not recognized as such for some reason.

Schwarz took 2 individual bronze medals at this year’s European Junior Championships. He finished in 3rd place in both the 800m and 1500m freestyles in Kazan.

His 800m free time tonight checks the teen in as the 12th fastest performer all-time, all ages, worldwide in this SCM 800 free event.