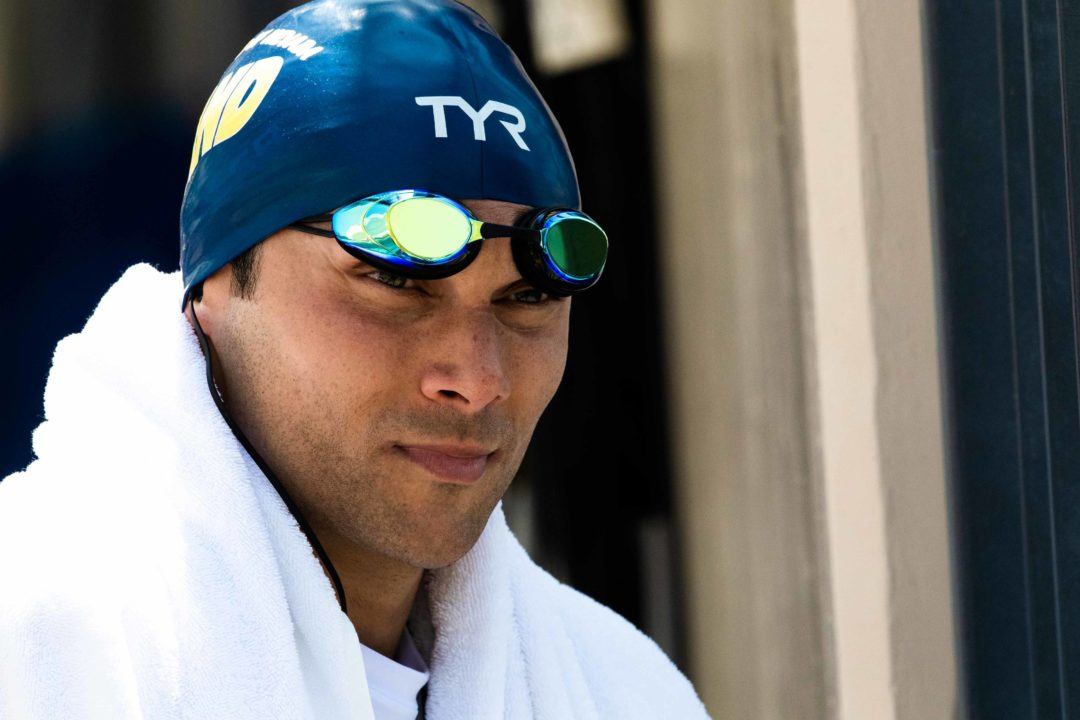 Below, check out Olympic medalist Cody Miller‘s recent vlog, where he shares his thoughts following a disappointing 5th place finish in the 100 breast at U.S. Nationals last month.

Following a successful past several years, which included a bronze medal in the 100 breast and gold medal in the 4×100 medley relay at the 2016 Olympics in Rio, Miller was poised to retain his spot as a top 2 breaststroker in the United States and one of the best in the world.

During the 2018 long course season, the the 26 year-old Indiana University grad was consistent – going 1:00 high to 1:01 mid at every TYR Pro Swim Series meet he competed in. Those times were a little off his average in-season times from 2016 and 2017, but hardly enough to notice. There was nothing to suggest Miller was off his A-game, until some small warning lights went off when he no-showed the Pro Swim Series meet at Columbus, in spite of it being a short trip from Bloomington.

In spite of a relatively-normal year to that point, at Nationals he placed 5th with a time of 59.77 – 9 tenths slower than his lifetime best (58.87, 2016 Olympics). Objectively, while that time wasn’t his best it wasn’t necessarily bad either. But, it wasn’t enough to overcome a tight field with Michael Andrew (59.38), Andrew Wilson (59.43), Devon Nowicki (59.48), and American Record holder Kevin Cordes (59.72). With that result, Miller missed qualifying for both the 2018 Pan Pacific Championships team and 2019 World Championships team, though right now he appears in line for the Pan American Games next summer.

In the vlog above, Miller discusses the following topics:

Yeah, the knee issue definitely wasn’t from overtraining. Whatever his explanation was definitely makes more sense…

Are we counting foreign swimmers? Peaty definitely does, I’ve seen his car.

Imagine Sjostrom, Hosszu, Sun, Schooling, quite a few Aussies given how high profile it is over there.

@ TOGGER i agree that Peaty does but judging by a car is not the way to do it. Lots of people with nice cars are dirt poor. I got a brother-in-law with no job who just bought a new SUV 🙂

If the money is really that low, one of the biggest mysteries from social media is how some of these swimmers seem to have so much disposable income – cars, designer clothes, watches, holidays, etc. Feel they must blow their paychecks to act like footballers. At least it seems Miller is planning/saving for the ‘real world’…

MA definitely does. Multiple sponserships, prize money, national team money, and all the money they make from their swim clinics. He works hard for the money for sure but he’s 100K plus.

I figured he might’ve lost of his funding, poor guy. It wasn’t a bad time either, just a slew of younger fast guys came up.

Its not easy to talk about tough times, but you learn more from your losses, You will be back stronger than ever!

It will be a tough road making the Olympic team, seeing there will a ton of competition. I wish him the best, he seems like a nice guy.

His vlogs are super honest and offer great insights . He is very articulate so it makes them very interesting . Keep it up Buddy

With his best time he would have won nationals easily. He was only about 0.9 off his best and ended up 5th. Lily King was 1.2 off her best and still won easily. IU’s two best breaststrokers just didn’t perform. His knees won’t have helped but this is surely down to bad preparation by the coaches.

can’t compare swimmers training with the same team in a specific year . They have both very different lives basically so different trajectories & unfoldings

1
0
Reply
Sammy Save Up
Reply to  Buster

I will never understand why people want to see IU swimmers fail. An amazing program and coaching staff.

17
-5
Reply
ERVINFORTHEWIN
Reply to  Sammy Save Up