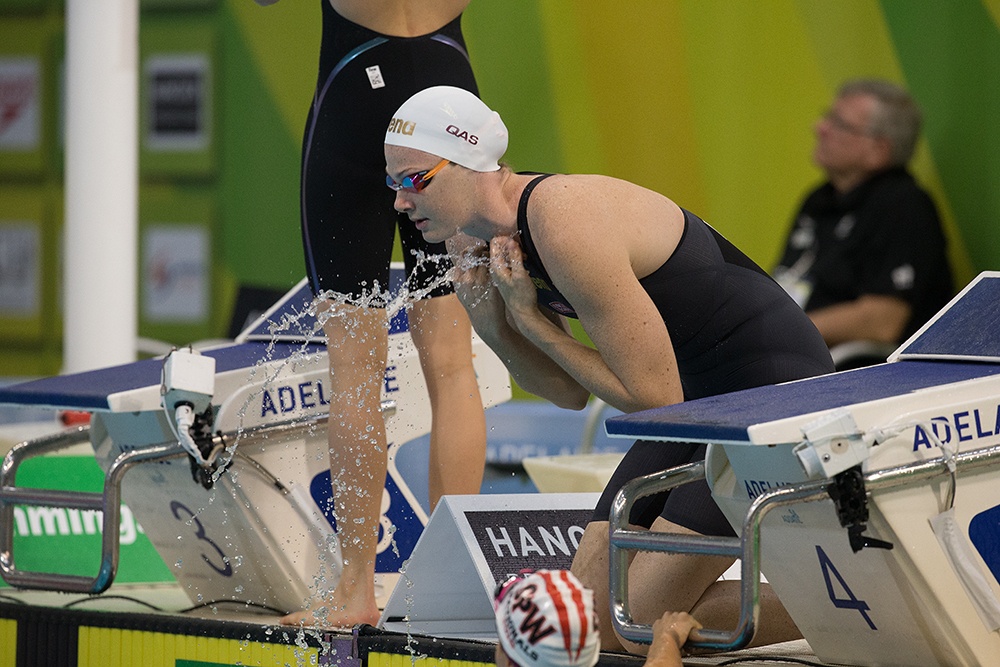 After declaring to the world, “She’s back!” immediately after claiming a shiny new World Record in the women’s short course 100 freestyle yesterday, Cate Campbell proved it once again with a monster time of 23.19 in the 50m race. Splitting 11.25/11.94, C1 crushed a new Australian National Record, All Comers and Commonwealth Record, which signals the 25-year-old has recaptured the speed that escaped her in Rio.

Tonight in Adelaide, C1 was able to score the only sub-24 second time of the field, with young Shayna Jack earning silver in 24.01 and sister Bronte Campbell picking up bronze in 24.08. The Commercial swimmer’s 23.19 mark surpasses the previous Commonwealth Record held by now-retired British swimmer Francesca Halsall, which stood at 23.44 from way back in 2009. Cate herself held the Aussie NR and All Comers Record with the 23.47 clocked in 2013 and 23.64 from 2015, respectively.

With her outing tonight, C1’s time now checks-in as 4th fastest short course 50m freestyle by a female in history.

Historically, C1 produces her quickest times while on Australian soil, which bodes well for next year’s Commonwealth Games set for the Gold Coast.