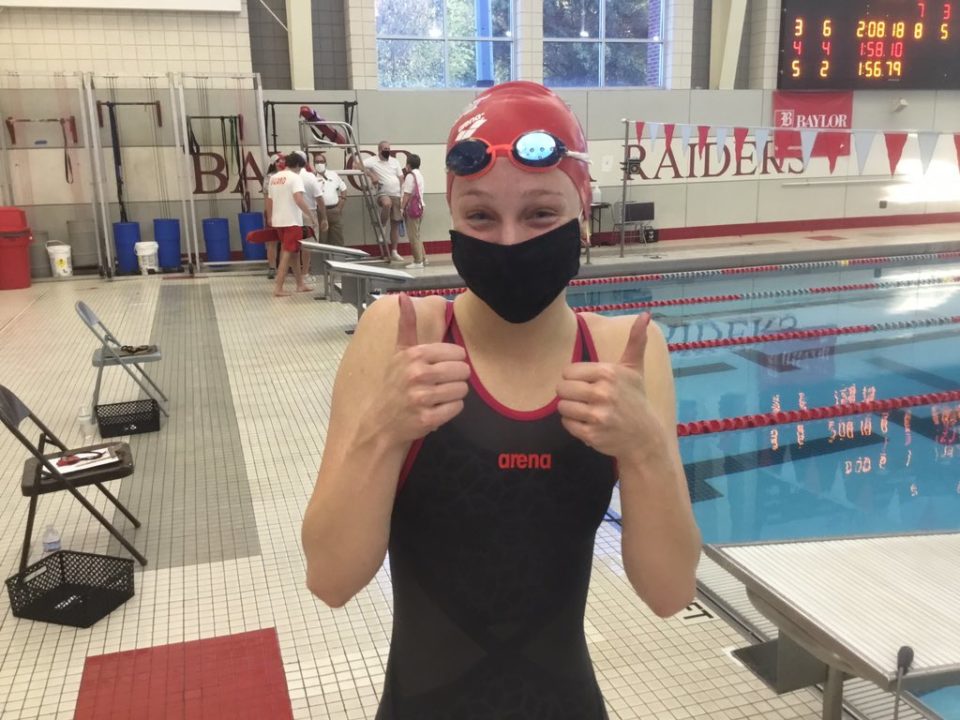 They both broke 52 for the first time, and Sim is now within striking distance of Regan Smith's 13-14 NAG record of 51.09. Current photo via Baylor Swim Club

The Southeastern LSC Senior Champs kicked off last night, with several big swims coming from some of the top age group swimmers in the nation.

The event highlight last night was the women’s 100 back, where Baylor Swim Club’s Ellie Waldrep toppled her old best of 52.42 for a winning time of 51.75. Waldrep, a high school senior committed to Auburn, would’ve made the SEC Championships A-final in this event last night; Auburn didn’t have anyone under 53 at that meet, or the whole season for that matter.

Touching third in that 100 back was Madison Swimming Association’s Eboni McCarty, a UGA commit, in a 53.47, her first time under 55.