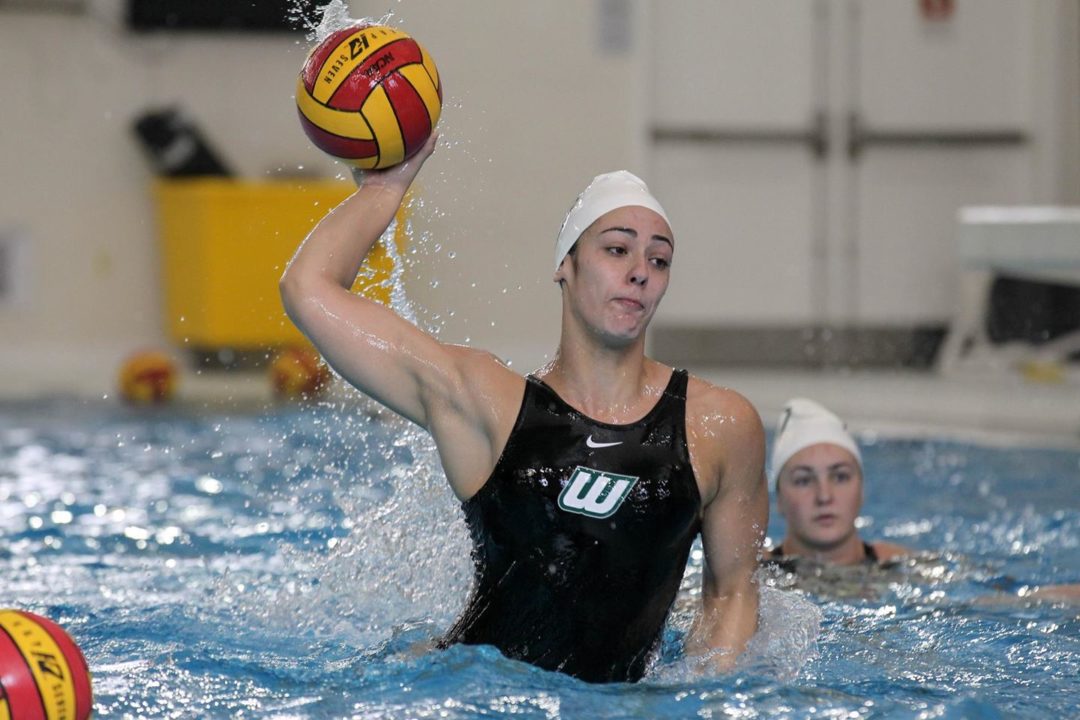 Wagner sophomore Sofia Diaz Alvarez registered the biggest scoring effort of Week 2 of the collegiate women’s water polo season, notching an eight-goal effort in the #21 Seahawks’ 18-17 sudden victory over #23 Indiana on Saturday. The reigning Metro Atlantic Athletic Conference Co-Player of the Year, scored two goals in the #21 Seahawks’ season opener against Michigan (L 11-8), before pouring in eight including the game winner to cap the team’s opening day.

#11 Pacific’s Savannah Fitzgerald and #5 UCLA’s Abbi Hill followed with seven-goal outings. Fitzgerald notched the seven-bagger against Marist on Saturday, while Hill’s came in a 16-6 win over Wagner on Sunday.

Fitzgerald’s standout effort came in the Tigers’ lone win of the weekend, a 12-11 victory over #24 Marist. The junior scored the final two goals of the game, including the game winner on a power play with 2:40 left. Hill put in the Bruins’ opening goal and capped her night with four in the third period.

There also were three six-goal efforts, 10 five-goal affairs, 25 four-goal outings and 43 hat tricks. On Saturday, UC San Diego’s Ciara Franke logged a six-goal performance in a 19-4 win over Concordia (Irvine) and a five-goal effort in a 17-7 victory over Pomona Pitzer on Saturday.