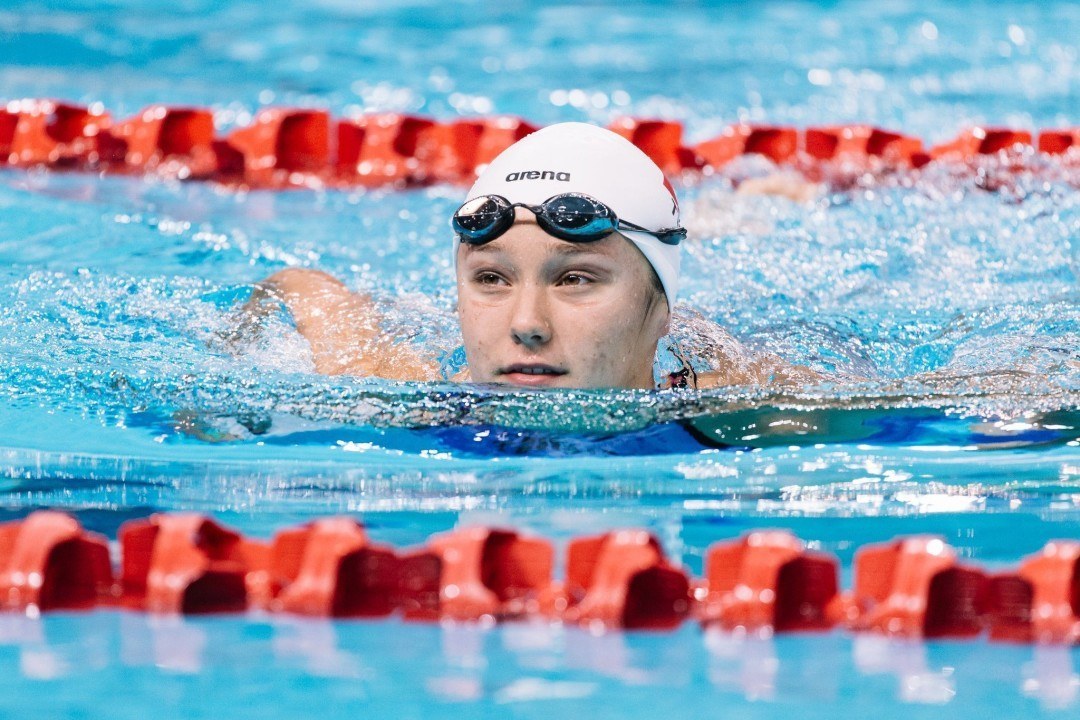 Note: This meet is not recognized by FINA as a qualifying meet for neither the 2019 FINA World Championships, nor the 2020 Tokyo Olympic Games.

Viktoria Zenyep Günes kicked off the meet with her second individual title in the 100 breast. It came down to the wire, however, as Gülşen Beste Samanci almost to ran Günes down in the last few meters – the two ended up clocking times of 1:10.26 and 1:10.98.

Defne Taçyildiz was the first age grouper to win an event on night four, securing the national title in the 200 free with her 2:05.48. Ecem Dönmez hit the wall at 2:06.58 for second.

Ilayda Kargin was the only swimmer in the field to crack 30 seconds in the women’s 50 back, touching the pad at 29.43 to win the event. Following behind her was Elçin Türkmenoǧlu, whose final time of 30.02 netted her the runner-up spot.

After winning the 800 free on night one, 15-year-old Beril Böcekler annihilated the competition in the women’s 1500 free, lowering her previous Turkish national record down to a 16:48.97. Böcekler will get a chance to complete her sweep of the distance events in the 400 free tomorrow.

Also doubling up on national records throughout the course of this meet was breaststroke specialist Berkay Ömer Ögretir. Ögretir won the 200 breast last night – shaving time off his former national record – and sported a commanding victory in the 100 breast on night four, taking the event by over four seconds. Ögretir was as close as one can get to cracking 1:00, recording a 1:00.00 to overtake Emre Sakçi’s national record time of 1:00.45.

To earn his second backstroke win of the meet, Metin Aydin stopped the clock at 25.79 in the 50 back as the only swimmer to break 26 point in the event. Doruk Tekin claimed second place with a 26.10.

16-year-old Yiğit Aslan had a blazing 58.00 last 100 split to beat out Anil Can Okaty in the men’s 800. The two registered times of 8:10.03 and 8:11.91 respectively, the former of which is a new national age group record. This is Aslan’s second distance event win of these championships.